Down by Europa Point today, a brown substance could be seen spreading into the sea - is this sewage or something less worrisome? 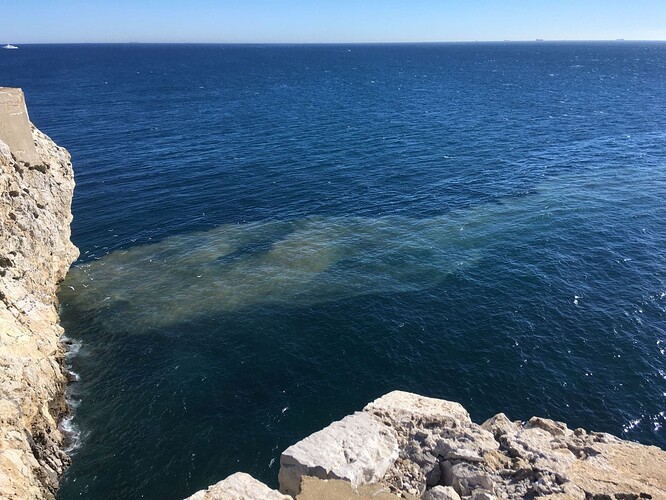 Does any one now what this brown substance is?

All of us here on planet earth should be taking good care of everything, cleaning up, not littering, like we are doing it for someone we dearly LOVE, Father, Ruler of The Universe, Who is Pure LOVE. Furthermore, these green lies, are helping destroy the planet but are posed as helping save the planet. What do you believe lies or truth? In light of the truth, it's just one more scheme to line the pockets of the filthy rich.

What does The Law say about raw sewage?

1:28 And God blessed them, and God said unto them, Be fruitful, and multiply, and RE plenish the earth, and subdue it: and have dominion over the fish of the sea, and over the fowl of the air, and over every living thing that moveth upon the earth. Gibraltar is finally pushing ahead with construction of a sewage treatment plant, with the Gibraltar Government signing a contract for the final design of the facility and construction work set to start within months for completion by 2020.

Gibraltar’s lack of a wastewater treatment plant has been the subject of controversy in recent years, even leading to infraction proceedings by the European Union.

Although this project has been on the table since 2014, progress has been complex because of the need to develop special bacteria able to survive in the salt water used to flush Gibraltar’s toilets.

At a press conference at No.6 Convent Place yesterday, Chief Minister Fabian Picardo and the Minister for Environment, Dr John Cortes, announcement the project was now ready to move to the next phase.

The Gibraltar Government has awarded an Advanced Works Contract to the joint venture between NWG Commercial Services Limited [Northumbrian Water] and Modern Water.

The contract covers the design and survey work required for final planning and environmental approvals as well as preliminary site works.

"I am very happy to see that our detailed work in respect of this matter is now going to see progress in the treatment of wastewater,” Mr Picardo said.

“It has taken us time to be able to progress this as we had to start literally from scratch and the technical aspects of the work required were extraordinarily complex and challenging.”

The odourless plant will be located at the Brewery Crusher site near Europa Point. The plant will be “covered and not impact negatively and probably provide some new opportunities for the area,” Dr Cortes said.

Addressing concerns over the impact, if any, it would have on the UNESCO World Heritage Site, the Chief Minister said: “The design of the facility is going to be very sensitively done, it is not something that needs to have much height and it is going to be very easy to blend into the environment around the area.”

He added that Dr Cortes has done a lot of work on all the areas around the UNESCO site “which is hugely important to the Government, a huge recognition of Gibraltar’s contribution to world heritage.”

The uniqueness of Gibraltar’s salt water system meant that a special bacteria had to be developed that will break down the sewage but also survive the saline content. Most of the world uses fresh water in their waste systems.

Modern Water, which is listed on the London Stock Exchange, made an announcement on the contract to investors yesterday morning.

The contract marks the start of the final steps before work can commence on the overall project, which is for the design, build and operation of a wastewater treatment plant, capable of treating urban wastewater as well as storm flows.

"I am delighted to be able to announce this important step forward for this vital project, which honours the commitment made by this government,” he said.

In October 2014, the joint venture between the two companies was announced following a tender process...

Gibraltar is finally pushing ahead with construction of a sewage treatment plant, with the Gibraltar Government signing a contract for the final design of the facility and construction work set to start within months for completion by... 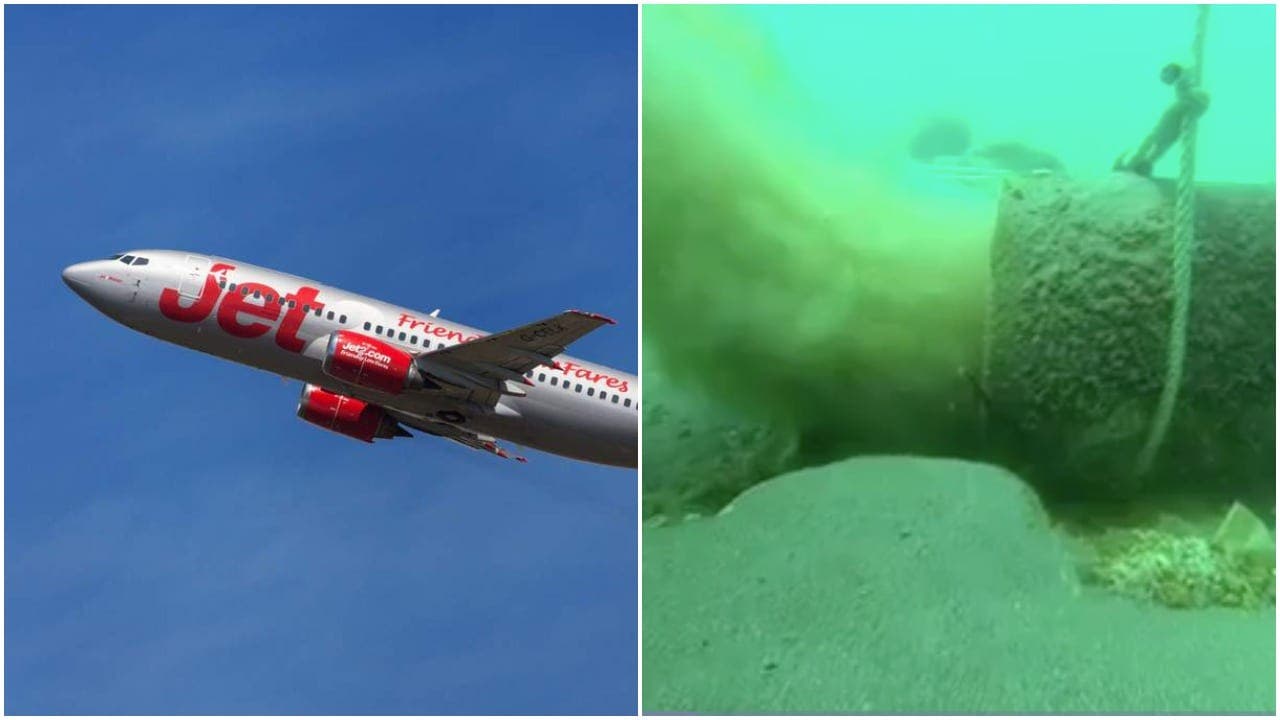 Other package holiday firms TUI and Thomas Cook, are still promoting the affected beaches on their websites

Inside one of Gibraltar's sewer- Wastage Products 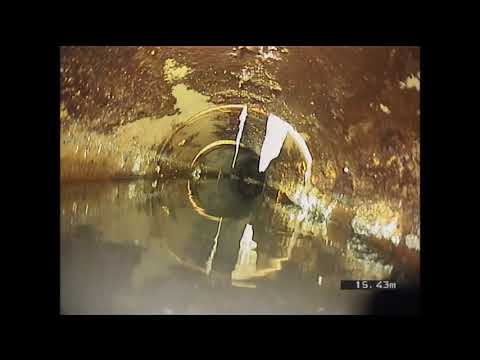 An analysis of roughly 135,000 watersheds reveals that large amounts of key pollutants come from human wastewater, not just agricultural runoff 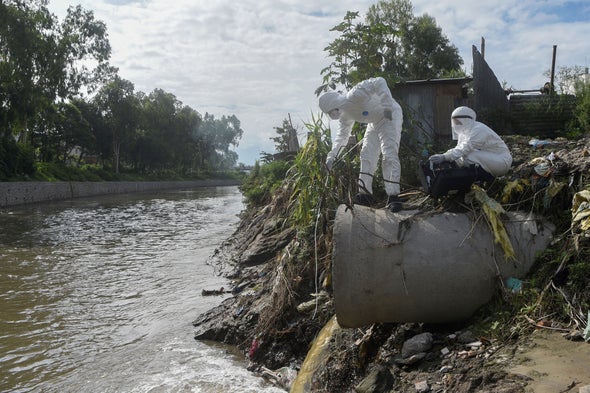 In this picture taken on August 7, 2020, researchers wearing personal protective equipment (PPE) collect samples from a pipe dumping raw sewage into the Manohar River in the Balakumari area of Lalitpur, Nepal, near Kathmandu. Credit: Prakash Mathema/AFP/Getty Images
All around the world, sewage gushes out of pipes into rivers and the sea, threatening the health of humans and aquatic ecosystems. Though some individual sites have long been known to be major sources of coastal pollution, “we’ve never had a global understanding of how big the problem is,” says Cascade Tuholske, a geographer at Columbia University’s Earth Institute. He and his colleagues took a broad look at the issue by calculating the amounts of fecal pathogens and nitrogen—which can fuel harmful algal blooms and create oxygen-deprived dead zones—flushed into the ocean in human wastewater at nearly 135,000 sites around the world. They found that they could attribute about half of the nitrogen pollution to just 25 locations and that around half of the pathogens also came from 25 sources, in some cases the same ones.

The researchers say these findings, published this week in PLOS One, could inform international collaborations and help policy makers choose the most effective sewage treatment strategies for contaminated areas.

Many scientists examining human impacts on coastal ecosystems have focused on agricultural runoff, Tuholske says, because fertilizers that wash into the sea carry massive amounts of nutrients and pathogens that can harm marine environments. But the impacts of human sewage receive far less attention, says Joleah Lamb, a marine scientist at the University of California, Irvine, who was not involved in the study. Part of the reason may be that, unlike trash or oil spills, sewage can be invisible in the water. “I’ve been taken to beaches that look beautiful and clean,” Lamb says. “But then we start testing the water, and there are significant levels of human pathogens in the water.”

There are many ways to treat sewage, each with advantages and disadvantages, Tuholske explains. For example, wastewater treatment facilities thoroughly filter pathogens but are less effective at removing nitrogen They are also costly to build, operate and maintain. Septic systems are cheaper and can capture most of the nitrogen, yet they are less effective at preventing pathogens from entering the environment. Identifying places where sewage-borne nitrogen and pathogens are separate or combined problems can help policy makers identify the most effective solutions, Tuholske says.

Seeking to address this information gap, Tuholske and his colleagues analyzed demographic data for urban and rural communities around the world. They also looked at the access those communities had to different types of wastewater treatments, along with national statistics of protein consumption, which helped them calculate how much nitrogen people’s waste would likely contain. The researchers used this information to build a global grid showing where nitrogen and pathogens in sewage were coming from and how that sewage had been treated. They then combined this sewage-source grid with mapped boundaries of watersheds (areas that drain into a body of water such as a river) and with the locations of reefs and seagrass beds that are sensitive to pollution.

The team found that, globally, sewage entering the sea contains about 40 percent as much nitrogen as global agricultural runoff pollution does. This figure indicates that even though sewage is less visible, it contributes a significant amount of nutrient pollution. Moreover the researchers showed that nitrogen from human sewage reaches about 58 percent of the world’s coral reefs and 88 percent of seagrass beds. Both these coastal ecosystems are important wildlife habitats and can help mitigate climate change by sequestering carbon.

Tuholske and his colleagues also found that sewage pollution was a highly concentrated problem. Half of the watersheds analyzed flushed virtually no sewage nitrogen or pathogens into the oceans. Just 25 watersheds—dispersed across nearly every continent and spanning multiple countries—contributed about 46 percent of wastewater nitrogen. The same number of watersheds contributed 51 percent of sewage-borne pathogens in the sea. Top sources of sewage nitrogen included the Yangtze River watershed in China, which contributed 11 percent of the total, the Nile River in northern Africa, the Mississippi River in the U.S., the Paraná River in Argentina and the Danube River in Europe.

Nitrogen and pathogen contributions did not always correlate, the researchers noted. For example, they found that large amounts of sewage pathogens were flushed down the Brahmaputra River in Central and South Asia, but when compared with the Yangtze River, the former’s nitrogen contribution was much lower than expected. Differences in existing sewage treatment practices in the two regions may partially explain this, the team says.

The results of the study are “really exciting because we can start pinpointing where we have sewage nitrogen and pathogens entering the environment,” Lamb says. “That helps conservationists, wastewater managers and sanitation specialists work together to develop these interventions that can mitigate nitrogen or pathogens entering the environment, or both. It teases these problems apart and shows where you will get the most bang for your buck.” 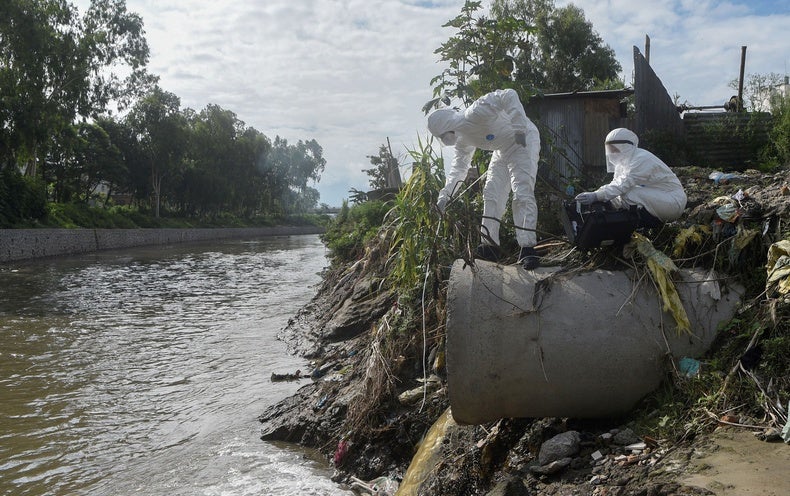 An analysis of roughly 135,000 watersheds reveals that large amounts of key pollutants come from human wastewater, not just agricultural runoff

Tender for Sewer Rehabilitation Works Line Wall Road MH12 to MH16 2022
Maybe this is a move in the right direction.