Is Monkeypox a Scapegoat for Adverse Events? Symptoms Are Similar to Those of the 'Vaccine' 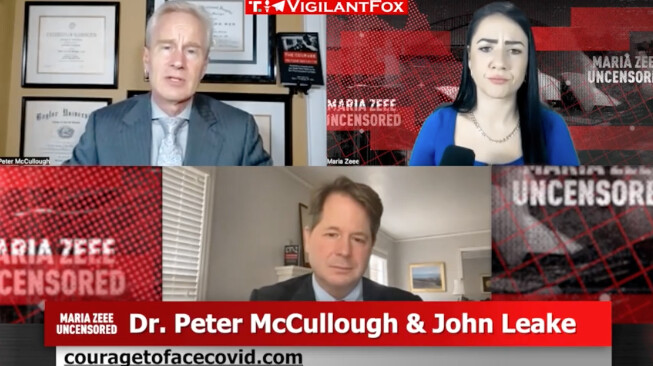 Dr. Peter McCullough & Author John Leake join us today to discuss the truth about Monkeypox and the uncanny timing of this outbreak just in time for the amendments to the International Health Regulations being proposed by the globalists. 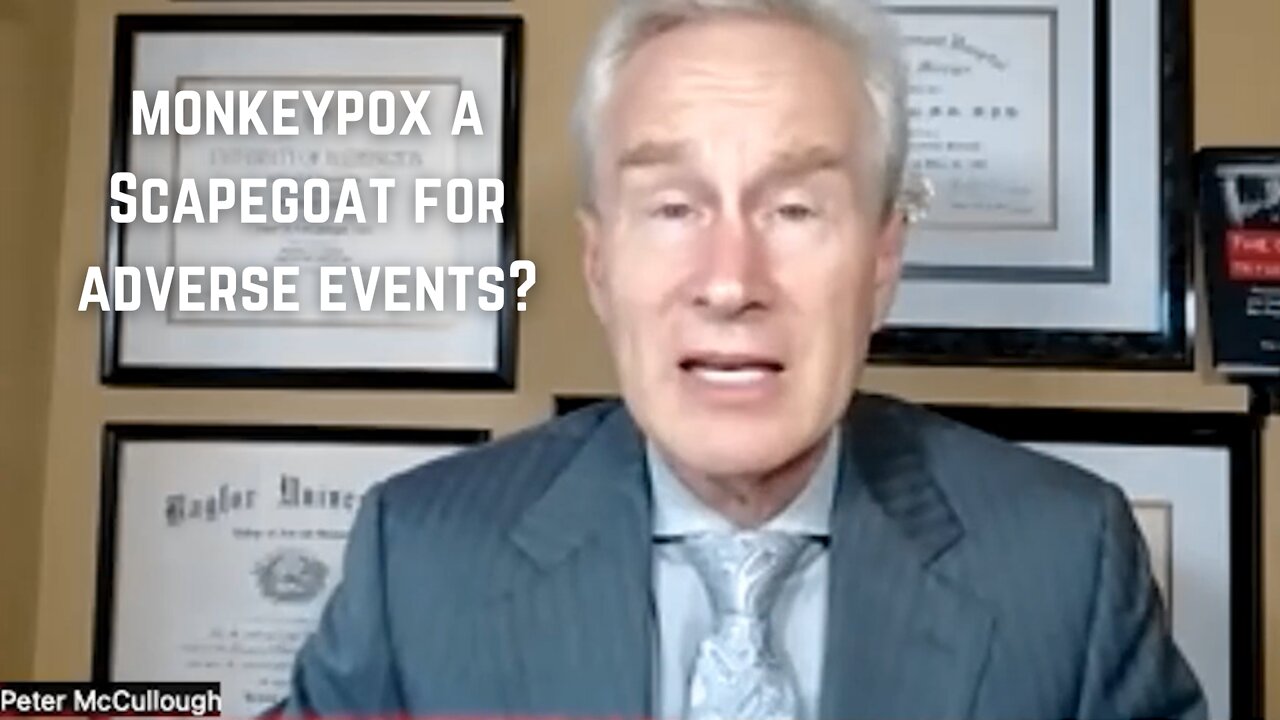 Is Monkeypox a Scapegoat for Adverse Events? Symptoms Are Similar to Those of...

Dr. Peter McCullough: "Or they could be symptoms after you take a vaccine!"

"Monkeypox might also be a variation of Stevens-Johnson syndrome which is expressed in different degrees and often attributed to an adverse reaction to a medication. 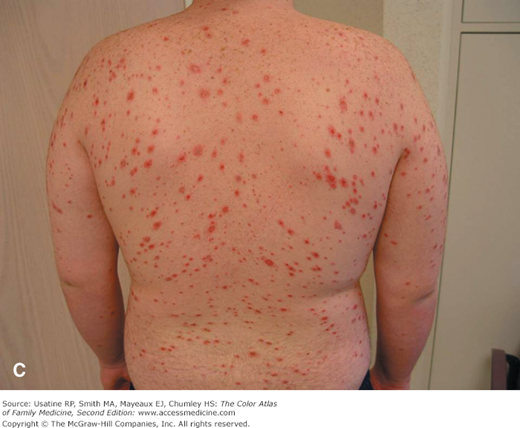 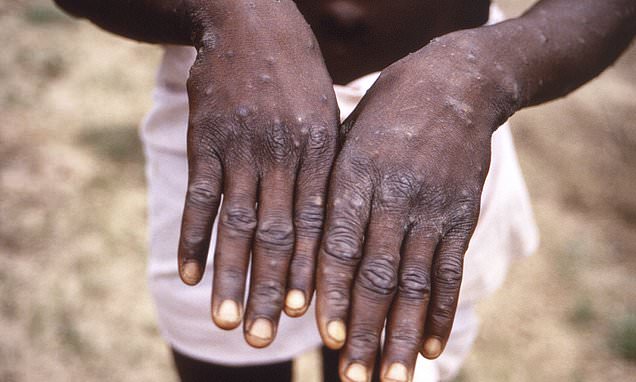 The head of the WHO, Tedros Adhanom Ghebreyesus, will address a virtual press conference at 1pm, the agency said in a statement late Friday. It did not reveal what would be announced. 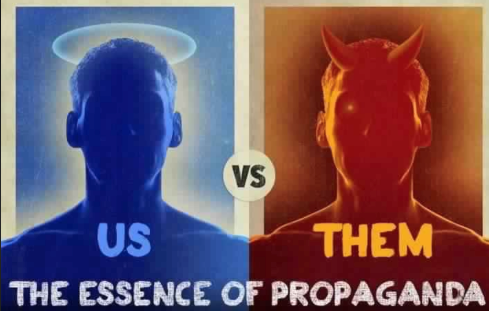 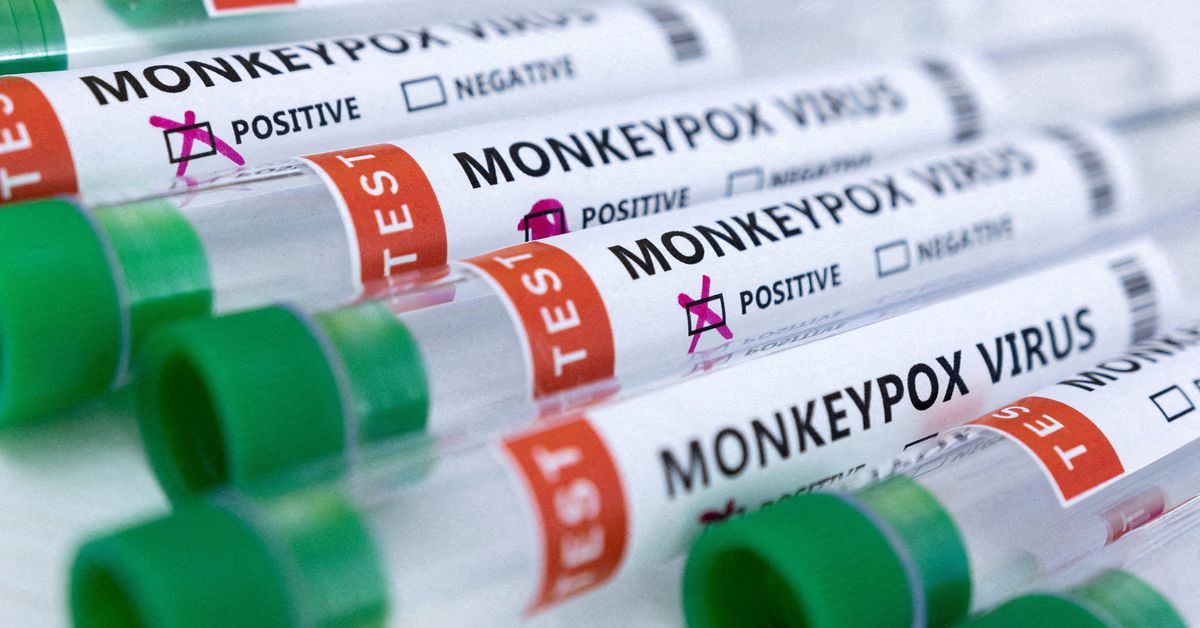 Allegedly, for the first time since its discovery among humans in Africa over 50 years ago, the monkeypox virus is circulating throughout several countries including the USA, UK, Canada, Brazil, Australia and most of Europe all at the same time.

But it just so happens that every single country where monkeypox is allegedly circulating is also a country that has distributed the Pfizer Covid-19 injection to its population; excluding some countries in Africa where the disease has been endemic for the past 50 or so years.

The World Health World Health Organization has not received a single report of monkeypox from any country in the world where the Pfizer vaccine was not administered.

Well, it’s most definitely not because we’re witnessing what we will soon be told is a second pandemic to hit the world within the past two years.

It’s because we’re seeing the consequences of injecting millions of people with an experimental mRNA injection that causes untold damage to the immune system, and public health authorities are now scrambling to cover up Covid-19 vaccine-induced shingles and using it as an opportunity to advance their technocratic agenda of implementing ‘The Great Reset’.

Do you not find it curious how in the space of 50 years, monkeypox has never really gotten off the ground outside of a couple of countries in Africa, but then within two years of the alleged emergence of Covid-19, monkeypox is suddenly in every Western nation and being hyped up by public health authorities, the mainstream media and the World Health Organization?

According to a scientific study published in 1988, it’s virtually impossible to distinguish between monkeypox and chickenpox. And chickenpox is caused by the varicella-zoster virus, and just like its close relative the herpes simplex virus, it becomes a lifelong resident in the body.

And like its other cousin, genital herpes, varicella may be silent for many years, hiding out inside nerve cells and can reactivate later, wreaking havoc in the form of the excruciating skin disorder, shingles, which is a blistering, burning skin rash.

What you’re being told is “monkeypox” is really Covid-19 vaccine-induced herpes infection, shingles, autoimmune blistering disease and other ailments brought on by a weakened immune system caused by Covid-19 vaccination.

According to the CDC Wonder Vaccine Adverse Event Reporting System (VAERS) database, as of June 3rd 2022, the CDC has processed 18,026 reports relating to herpes and shingle infections that have occurred as adverse reactions to the Covid-19 injections.

Meanwhile, according to the same VAERS database, the CDC only received 1,052 reports relating to herpes/shingle infections that have occurred as adverse reactions to all available Flu jabs between the years 2008 and 2020.

This figure alone shows there has been a 1,614% increase in adverse events related to herpes/shingles because of the Covid-19 injections.

Monkeypox is on the rise in the LGBTQ community. Here's what to know

Anyone can get monkeypox, but in the latest outbreak, the virus is predominantly spreading among gay and bisexual men. Officials noted Monday that most of the people affected reported some level of sexual activity.
That doesn't mean the virus is sexually transmitted, but officials say it shows that prolonged skin-to-skin contact is one of the major ways monkeypox is now spreading.

As of Monday evening, data from the US Centers for Disease Control and Prevention shows 1,972 probable or confirmed monkeypox cases in the US.

As of now, the risk of monkeypox is low, according to the CDC, but public health experts say there are still things you can do to protect yourself, especially if you're in the pool of higher-risk people.

That pool includes men who have sex with men, particularly those who have had multiple sexual partners in the past two weeks in an area with known monkeypox cases.

A typical gay bar where people go to hang out is different.
"Socializing is a part of what [LGBTQ people] do. So I don't think that it's something that we stop. It's just sort of important to have awareness how monkeypox transmits and you're aware of your own risk and how to mitigate that risk," Daskalakis said.

Were these children being sex-trafficked? 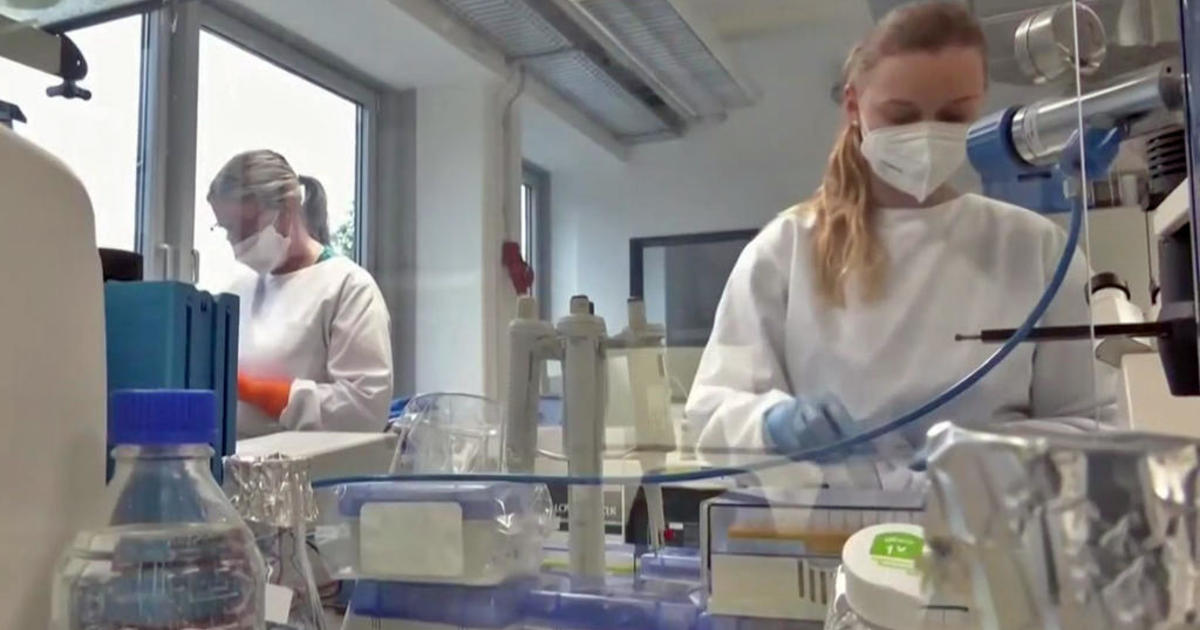 The first two cases of monkeypox in children have now been confirmed and one of those cases is a toddler from California.

Excerpted from the article posted by JF:

That doesn't mean the virus is sexually transmitted

Socializing is a part of what [LGBTQ people] do

It is more than just "socializing".

That was according to CNN, in their own words. The article is so contradictory that it's almost funny.

CNN is one of the worst ones. 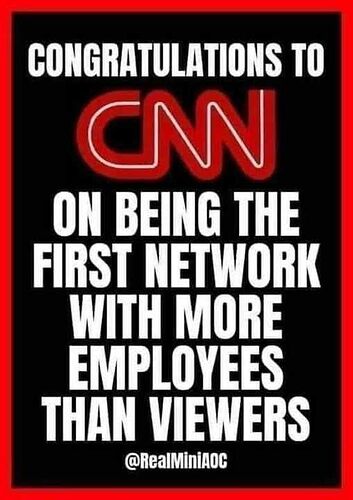 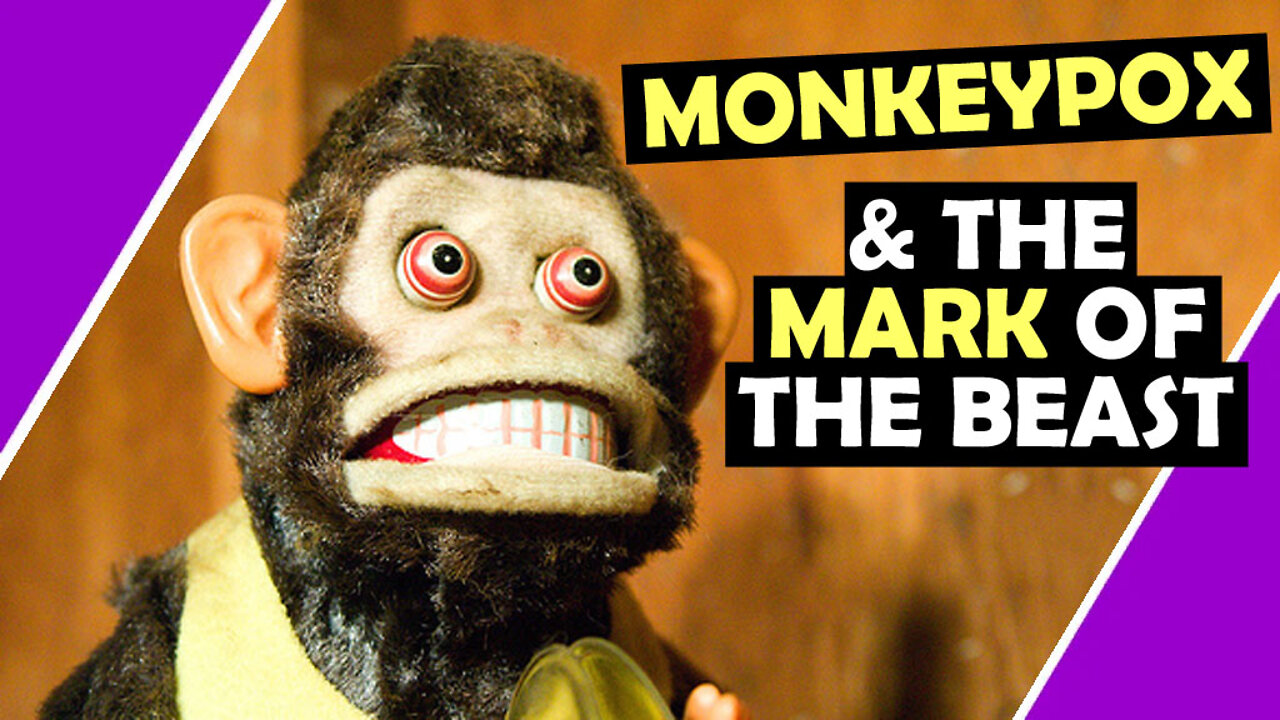 MONKEYPOX & The Mark Of The Beast / Hugo Talks 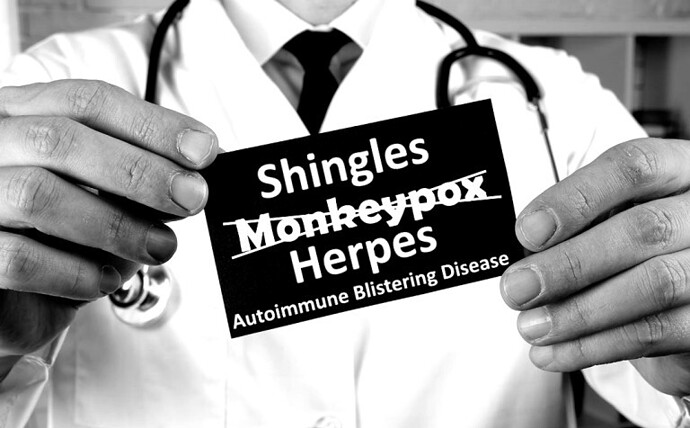 Federal Judge Mark Pittman ordered FDA to release of official Pfizer documents, 55,000 pages per month. They released 12,000 pages by the end of January.

One of the documents contained in the data dump is (https://phmpt.org/wp-content/uploads/2022/04/reissue_5.3.6-postmarketing-experience.pdf) on page 21,
which contains data on adverse events of special interest, with one of these specifically being herpes viral infections.

Further evidence published by the U.S Government, but more specifically the Centers for Disease Control shows that cases of herpes, shingles and multiple organ dysfunction syndrome really exploded in the USA following the administration of the Covid-19 injection. 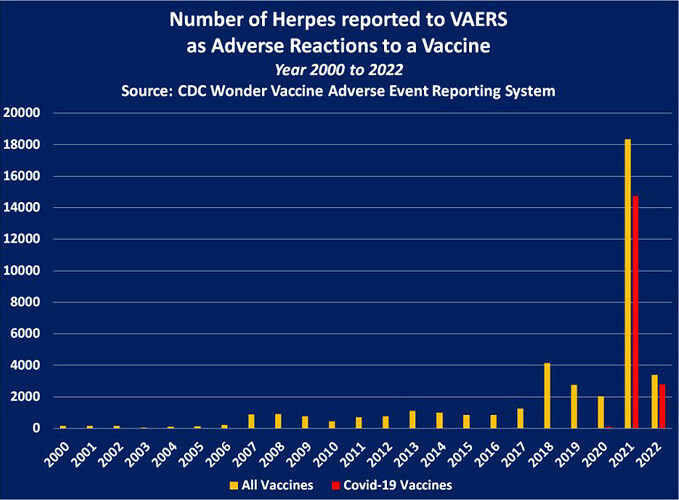 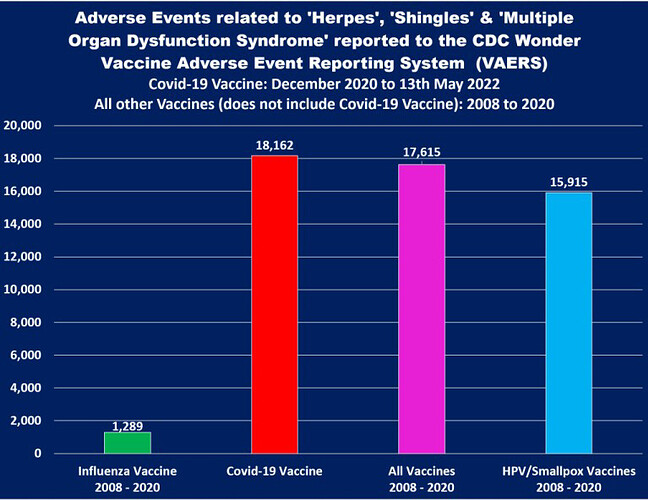 As you can see the Covid-19 injections have caused the most herpes related infections, and this is within 17 months. When comparing these to the number of flareups reported against the HPV/Smallpox vaccines in 13 years, these numbers are extremely concerning. 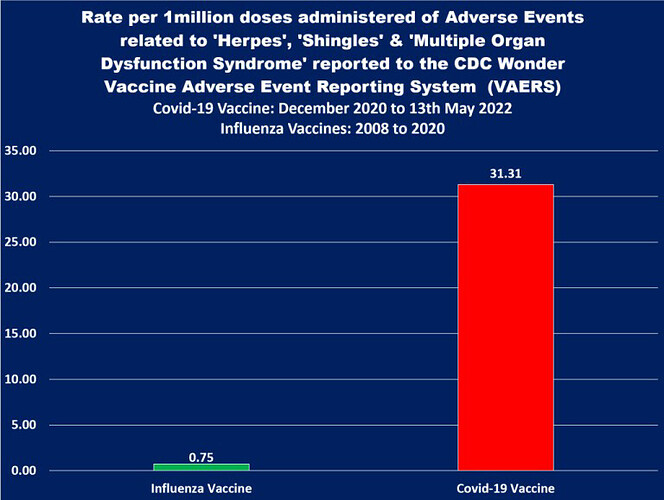 The rate of herpes-related infections reported as adverse reactions to the Covid-19 injections is 31.31 adverse events per 1 million doses administered.

That’s a 4,075% difference, and indicative of a very serious problem. A serious problem that is being caused by the fact the Covid-19 injections decimate the immune system.

the rate of herpes-related infections reported as adverse reactions to the Covid-19 injections is 31.31 adverse events per 1 million doses administered.

That’s a 4,075% difference, and indicative of a very serious problem. A serious problem that is being caused by the fact the Covid-19 injections decimate the immune system.

But there’s another condition that authorities could be falsely claiming is monkeypox, and we need to return to the confidential Pfizer documents to find it.

The condition is hidden within the 9-page long list of adverse events of special interest at the end of Pfizer’s reissue_5.3.6 postmarketing experience.pdf document.

Autoimmune blistering disease causes blisters on the skin and mucous membranes throughout the body. It can affect the mouth, nose, throat, eyes, and genitals.

It is not fully understood but “experts” believe that it is triggered when a person who has a genetic tendency to get this condition comes into contact with an environmental trigger. This might be a chemical or a medicine. Such as the Pfizer Covid-19 injection 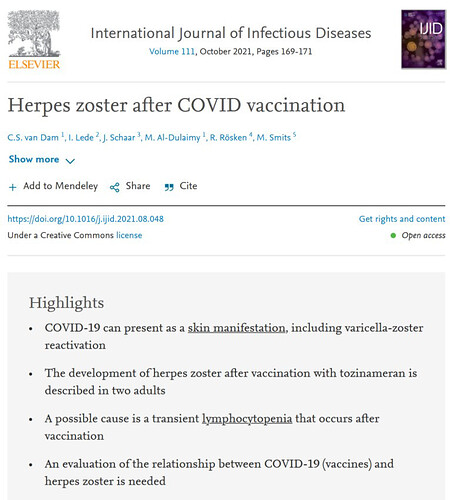