If I were the Devil…

In these end times, as was predicted in the Bible, Satan is destroying the planet and is unrolling World War 3 beginning with 5G/Covid 19.
We are at a time now that is so close to the end (the fire of God’s Judgement) that nothing matters except for people to kindle their relationship with God.
It is becoming "illegal" to believe in God without being labeled an extremist or worse a terrorist, if you don’t go along with their satanic New World Order, as was announced by George Bush Sr. (The Bush bloodline is subservient to satan). The rotten fruit doesn’t fall far from the tree of the knowledge of evil, that God forbid Adam and Eve to eat from.
Nothing matters now except that people read (and practice) the book: The Way Home or face the Fire.

“If I were the Devil . . . I mean, if I were the Prince of Darkness, I would of course, want to engulf the whole earth in darkness. I would have a third of its real estate and four-fifths of its population, but I would not be happy until I had seized the ripest apple on the tree, so I should set about however necessary to take over the United States. I would begin with a campaign of whispers. With the wisdom of a serpent, I would whisper to you as I whispered to Eve: “Do as you please.” “Do as you please.” To the young, I would whisper, “The Bible is a myth.” I would convince them that man created God instead of the other way around. I would confide that what is bad is good, and what is good is “square”. In the ears of the young marrieds, I would whisper that work is debasing, that cocktail parties are good for you. I would caution them not to be extreme in religion, in patriotism, in moral conduct. And the old, I would teach to pray. I would teach them to say after me: “Our Father, which art in Washington” . . .

If I were the devil, I’d educate authors in how to make lurid literature exciting so that anything else would appear dull an uninteresting. I’d threaten T.V. with dirtier movies and vice versa. And then, if I were the devil, I’d get organized. I’d infiltrate unions and urge more loafing and less work, because idle hands usually work for me. I’d peddle narcotics to whom I could. I’d sell alcohol to ladies and gentlemen of distinction. And I’d tranquilize the rest with pills. If I were the devil, I would encourage schools to refine yound intellects but neglect to discipline emotions . . . let those run wild. I would designate an athiest to front for me before the highest courts in the land and I would get preachers to say “she’s right.” With flattery and promises of power, I could get the courts to rule what I construe as against God and in favor of pornography, and thus, I would evict God from the courthouse, and then from the school house, and then from the houses of Congress and then, in His own churches I would substitute psychology for religion, and I would deify science because that way men would become smart enough to create super weapons but not wise enough to control them.

If I were Satan, I’d make the symbol of Easter an egg, and the symbol of Christmas, a bottle. If I were the devil, I would take from those who have and I would give to those who wanted, until I had killed the incentive of the ambitious. And then, my police state would force everybody back to work. Then, I could separate families, putting children in uniform, women in coal mines, and objectors in slave camps. In other words, if I were Satan, I’d just keep on doing what he’s doing.

Whilst in an environment (of people) that rightly could be defined as spiritually toxic, I suggested The Commandments be posted for all to see and read. Response: NO. The devil won that time. 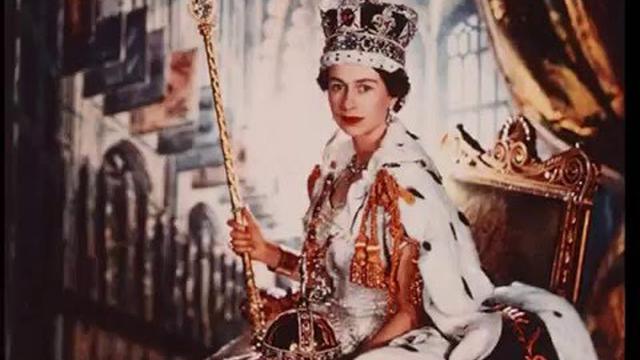 If I were the Devil… (2016) In these end times, as was predicted in the Bible, Satan is destroying the planet and is unrolling World War 3. We are at a time now that is so close to the end (the fire of God’s Judgement) that nothing matters exce…

The Way home book is the number one focus everyone needs to be doing, it is the answer to all our questions 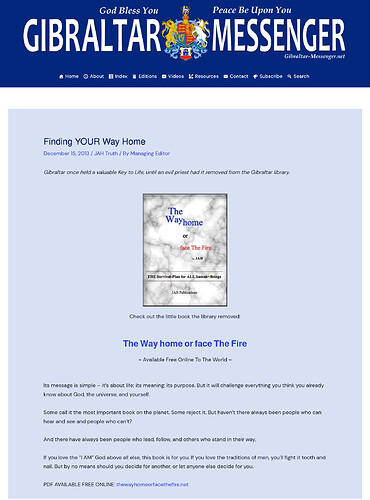 This little book's message is simple - it's about life; its meaning; its purpose. But it will challenge everything you think you already know about God, the universe, and yourself. 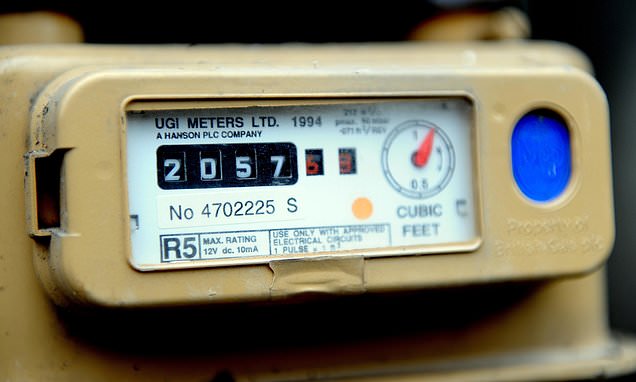 A quarter of a million smart meters made by a firm linked to the Chinese government have been installed in UK homes, sparking fears Beijing could 'destroy' the national grid.