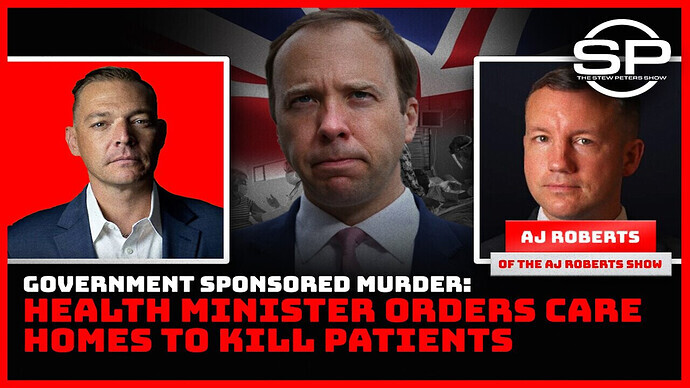 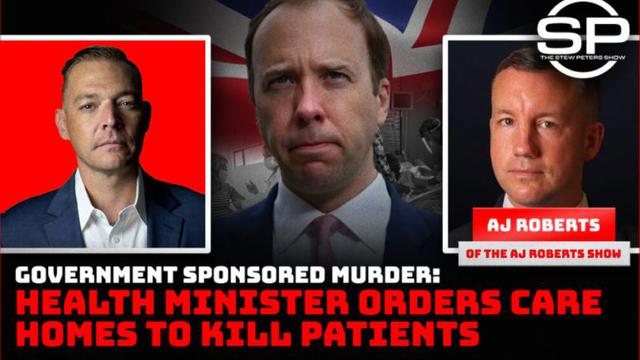 Just like New York state here in the U.S., the U.K. had an extremely deadly ‘first wave” of coronavirus, and it fell disproportionately on senior care facilities, where deaths were absolutely off the charts in April and May of 2020. But were the seniors there dying of Covid or of government misconduct? One thing that is now confirmed is that doctors in British care facilities instituted a blanket “Do Not Resuscitate” orders for all patients under their care during the outbreaks. You heard that right. Without doing anything at all to assess individual patients, they just decided that if any patients stopped breathing, they’d simply let them die.

Now, all of that is under investigation. They’ve found evidence that thousands of patients admitted to the hospital were almost immediately tagged with DNR orders. And these orders were especially likely to be given to patients who were disabled in some capacity, including if they had an intellectual disability that made them unable to consent to a DNR order.

It’s not hard to figure out what was happening. British doctors and health administrators and possible government officials were making the decision to let the weak and undesirable die off rather than trying to save them. These aren’t wild theories, we know this happened. You can read about it in the major British newspapers if you want.

Vaccines have caused more Covid deaths per capita in Gibraltar than anywhere in the world.

The Vaccine Connection to Death on The Rock

An inquest has heard how a woman died after being readmitted to hospital in a critical condition just two weeks after being discharged...

An inquest has heard how a woman died after being readmitted to hospital in a critical condition just two weeks after being discharged into a care home to recover from an operation.

Janice Hopper, 74, was placed in Windmill House, in Wymondham, for respite care after undergoing a hip replacement operation at the Norfolk and Norwich University Hospital.

But two weeks later she was readmitted to the hospital in a critical condition, suffering from an acute kidney injury linked to dehydration and in a hyperosmolar hyperglycaemic state.

She died on February 12, just over a month after being admitted to the care home, on New Year's Eve.

The incident sparked safeguarding concerns around the care she received while a temporary resident of the home.

The court heard Mrs Hopper, who was diabetic, was living with dementia, which meant her food and fluid intake "fluctuated", meaning she would need reminding to eat and drink enough.

Her family raised concerns that the care home did not do enough to make sure that she did so, and also questioned the amount of communication they received during her stay.

Meanwhile, senior coroner Jacqueline Lake highlighted a number of errors on an 81-page care plan prepared by the home on Mrs Hopper's arrival there - which was only submitted into evidence the day before the hearing.

The plan contained inaccuracies, including referring to Mrs Hopper as "a sociable man who enjoyed eating meals in the dining room" - despite the fact she was isolating in her room for the entire stay.

The plan also stated that she had a "healthy appetite and enjoyed home-cooked food".

Mrs Lake said: "It seems to me this does not relate to her."

Julie Aldred, manager of Windmill House, claimed the errors in the care plan were typographic, and would not have affected the approach to her care.

The court was also told Mrs Hopper suffered a fall during her stay - but Ms Aldred insisted she was thoroughly checked over afterwards and that there were "no concerns at all" about how it affected her.

The inquest was adjourned until November 17, when further evidence will be given.