The Government has announced a major reform for the health services with a seven point plan called ‘Reset, Restart and Recover’. 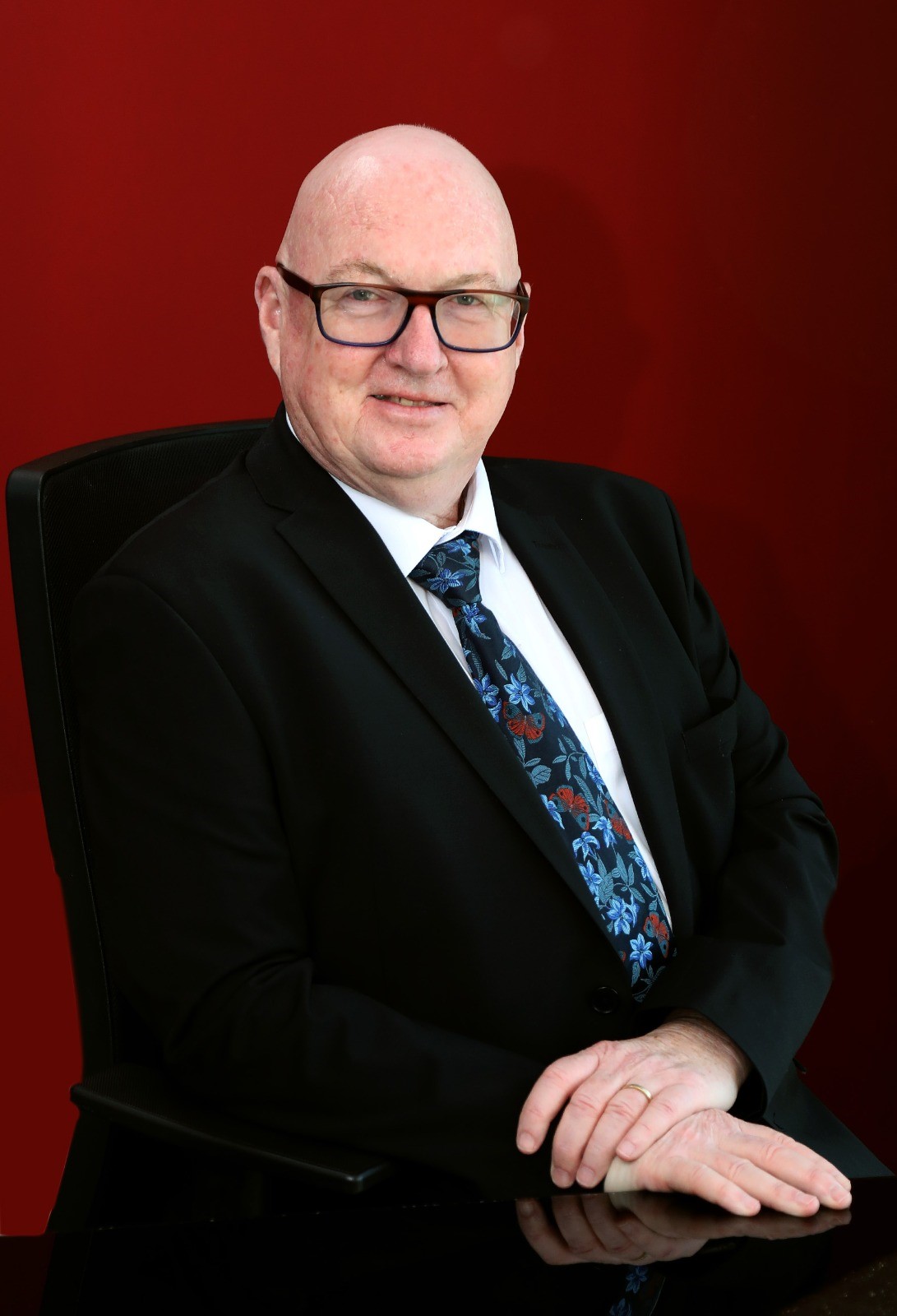 The GHA says it is delighted to welcome Professor Patrick Geoghegan OBE on his first week as the interim Director General of the GHA. Professor Geoghegan’s appointment is for a period of up to 18 months, during which he will lead on the ‘Reset,...

The GHA says it is delighted to welcome Professor Patrick Geoghegan OBE on his first week as the interim Director General of the GHA. Professor Geoghegan’s appointment is for a period of up to 18 months, during which he will lead on the ‘Reset, Restart, Recover’ programme for post- pandemic reforms of the Health Service.

A statement continued: “Professor Geoghegan brings a career of experience in leading stakeholder-focused organisational change in the NHS and health institutions around the world. Since May 2021 he been instrumental in the development and initial roll out of the Gibraltar National Mental Health strategy and is already aware of the wider GHA at an operational level.

“The Reset, Restart and Recover programme is a 7 point plan to deliver a wide ranging series of reforms across the entire spectrum of GHA service delivery, with a vision of stakeholder and staff led improvements. Over the next few weeks Professor Geoghegan, together with the Vice Chair of the GHA Board, Professor Ian Cumming, will host a series of community forums inviting the public to share their experiences of the GHA, both good and bad and hear their suggestions for improvement. Their emphasis is on listening and learning, adopting an inclusive approach that is key to sustainable organisational change, with patients and the wider community of Gibraltar at the heart of the service.”

The GHA’s Interim Director General, Professor Patrick Geoghegan, said: ‘I’m delighted to be starting in this new role in the GHA. After working for much of the last year alongside GHA colleagues in the rollout of the National Mental Health strategy, I’m impressed with the calibre and dedication of many of the GHA’s staff from all backgrounds. At a time of extreme pressure and unprecedented disruption, the individuals who make up the GHA have ensured that it has continued to provide services, not just in care provision but also in proactively saving lives, and we all owe a debt of gratitude to their work. I’m excited to hit the ground running and over the next few days I plan to introduce myself to colleagues across the GHA, listen to their range of perspectives and learn from their experience so that we can build on the excellent work that is already being done and bring about the change that we all want to see for our patients and the health of our community.’ 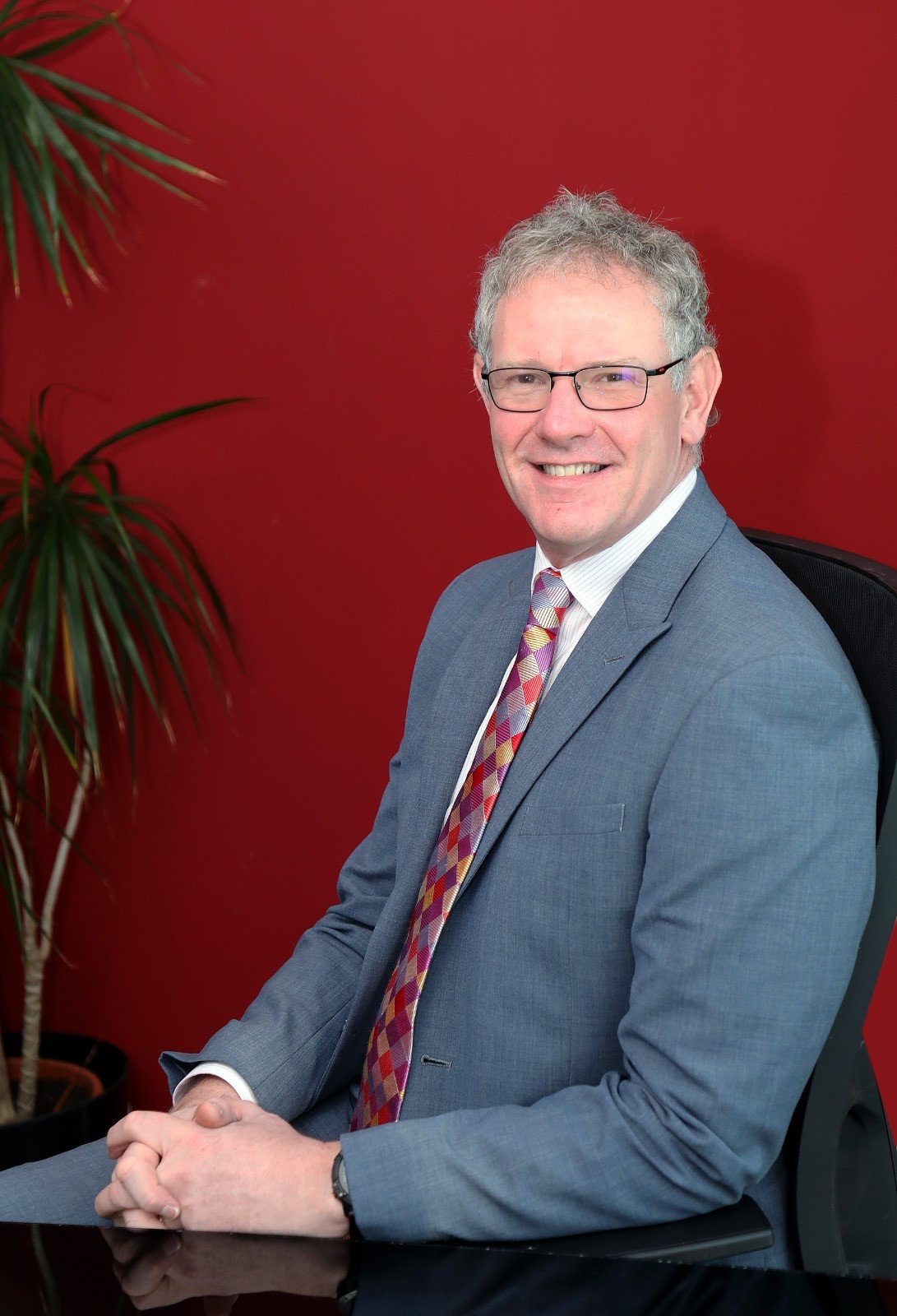 Well, if this article below is a true reflection of SEPT and Geoghegan, then perhaps he fits right in with GHA... 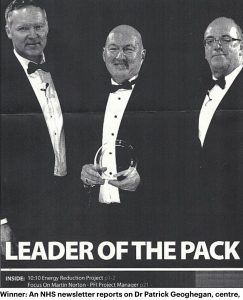 ‘I wouldn’t trust them with my hamster’: Whistle blower lifts the lid on ‘wildly successful’ NHS trust

‘I wouldn’t trust them with my hamster’: Whistle blower lifts the lid on...

The targets say this is one of the best NHS trusts in the country. But this doctor has turned whistle blower to reveal a shockingly different picture…

To outsiders it seems like that rarest of things: a wildly successful NHS trust. South Essex Partnership Trust (SEPT) was awarded the top score of ‘excellent’ three years running by Government inspectors.

Its chief executive, Dr Patrick Geoghegan OBE, is a Government favourite, recently named the NHS’s Leader of the Year, and earned £200,000 last year, more than the Prime Minister.

He even has a hospital unit named after him.

But not everyone is quite so enamoured of Dr Geoghegan’s work. ‘I wouldn’t trust SEPT to take adequate care of a hamster,’ says Dr Jennifer Blandford, who recently quit as a consultant for the trust.

‘I would rather stick pins in my eyes than let any member of my family go to a psychiatric unit it runs, or receive outpatient psychological therapy from it. The gulf between SEPT’s rhetoric and the reality is enormous.’

‘SEPT’s patient care was sometimes like going back 30 years, a cross between One Flew Over The Cuckoo’s Nest and Alice In Wonderland,’ she says. ‘Patients were often over-sedated, just to keep them quiet, or not readmitted even when clearly in dire need.’

Dr Blandford found it near impossible to build a settled team. ‘I went on holiday in 2006 and came back to find half my team had been made redundant, yet two of them were excellent,’ she says. ‘There seemed to be a culture of getting rid of good people just to keep others afraid.’

In fact, there has been a catalogue of disasters at SEPT. Despite being heavily sedated, she (Anna Savage) walked to the railway line at Wickford and threw herself under a train.

Last month, the High Court ruled that SEPT breached Mrs Savage’s right to life through its negligence, and awarded £10,000 damages to her daughter Anna.

Returning an open verdict, the coroner accused SEPT of ‘gross failure’. Dr Geoghegan said afterwards: ‘This is a very sad incident.’ As with other suicides, he promised an investigation and reforms.

SEPT lies even to itself. We used to have faux “surveys” on our internal website’s home page, where you couldn’t ever enter a negative vote. The questions were, effectively, along the lines of, “Is SEPT doing: a) well, b) very well, or c) brilliantly?”. It was like something out of 1984.’

She and other senior colleagues accuse Dr Geoghegan – who is actually a nurse whose doctorate is an honorary one – of ‘McDonaldising’ mental health care. SEPT tops league tables, they say, only because it cynically manipulates worthless Government assessments and inspections.

One SEPT clinician whom Government inspectors had selected to question about the trust’s performance was assured that interviewees could ‘give frank answers’ as they would be ‘completely anonymous’.

Some staff were also invited to lunch with inspectors, but before that Dr Geoghegan wrote to all interviewees to say the quango had given him their names, and their line managers would ‘help prepare you for the interview’.

Detailed article at link, above only excerpts.