Gibraltar Example: Booster Doses are Extremely Dangerous and They Will Make Everything Worse

Booster Doses are Extremely Dangerous and They Will Make Everything Worse

Additional vaccinations will drive infections up, not down.

Everybody is vaccinated in Gibraltar; since October, increasingly large numbers of people are triple vaccinated there.

Additional vaccinations will drive infections up, not down. 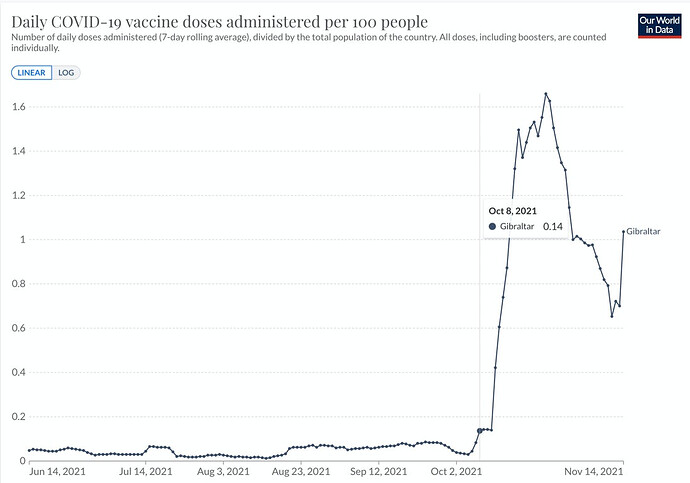 As if on cue, infections in Gibraltar skyrocketed directly afterwards: 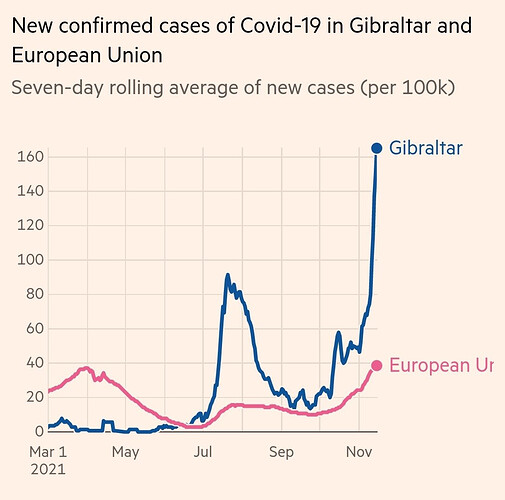 This isn’t a seasonal or a regional effect. Neighbouring countries, where the booster campaign has yet to begin (Morocco) or kick into high gear (Portugal, Spain), see a slight upward, seasonal trend—nothing like the Gibraltar spike. 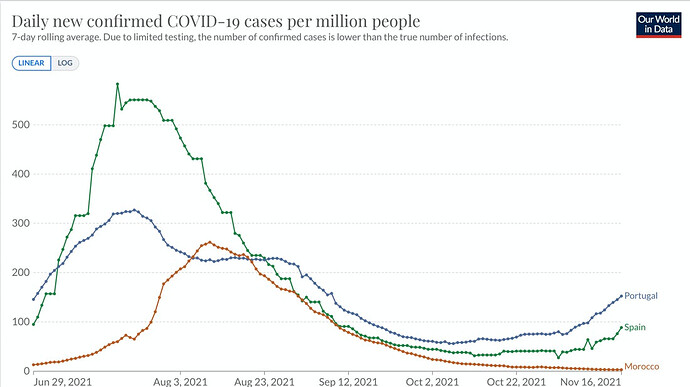 When Israel rolled out boosters in August, they also saw spikes in infections and deaths. It is the same phenomenon we observed after dose 1. Only the second dose does not enhance infections, presumably because it is administered in the protective shadow of the first one. As with everything involving this virus and our vaccines, there are probably multiple causes at work here. For about ten days following vaccination, the vaccinated are more susceptible to infection, and a subset of them probably become minimally symptomatic super-spreaders.

Millions of people across Europe and North America will become eligible for Dose 3 at the very height of coronavirus season, in December and January. Uptake will be highest among medical professionals and nursing home personnel. There is the potential for real catastrophe here. While the vaccines don’t work as advertised, they are powerful pharmaceutical products and they have strange, unexpected effects — not only on the bodies of people who take them, but also on the dynamics of transmission and infection. Deranged medical bureaucrats, who refuse to abandon their dreams of controlling a highly contagious seasonal respiratory virus, have whole populations popping these things like aspirin. They could very well succeed in making Corona into the unprecedented public health disaster that the virus itself never quite was.

UPDATE: Always-sharp commenter someothercat points to this further proof: Infection peaks in Gibraltar are cascading from the oldest age groups to the youngest, following the order in which they were boosted. 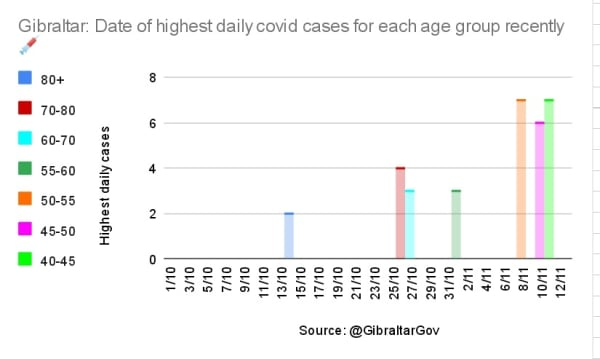 Is Another Elderly Death Wave Coming To Gibraltar?

What DEAL does GIBRALTAR have with PFIZER? Understanding this deal could explain everything.

The Gibraltar COVID-19 Cohort: Determining the True Incidence and Severity Rate During an Outbreak

SHOCK: Thousands on Twitter Say They ‘Regret’ Getting the Vaccine — ‘Side-Effects Worse than COVID'