2mins of absolutely ESSENTIAL VIEWING | EU | Before It's News

2 Likes
The Fighting Irish Come Out Against Medical Tyranny
DANGERS OF FACE MASKS with NANO-PARTICLES
DOTS August 2, 2020, 10:29am #2

John Waters, former journalist at the Irish Times speaks words of wisdom in this video (taken in the foyer of the Irish Court Building, July 2020).

“We’re in a situation where absurdly and ludicrously, our government is ridiculously claiming that it is interested in saving lives and protecting people’s health…,” he said.

The same is happening in Gibraltar.

Gibraltarians are also being TERRORIZED by the same evil entity that is terrorizing the Irish – it’s just that they have different lackeys (politicians and so-called health officials) to usher in the horror-show.

Some of what Waters said (paraphrased):

"T.H.E.Y. need TO CREATE the visibility of the terror."

"These are really sinister people."

{Unfortunately, no one wants to believe that people they thought were once a part of them are evil; but isn’t that part of the nightmare… that you can’t believe it… one of your own is evil.}

Waters: "The mask is the very way of denying the human face of the person and taking away the individual unique humanity of each person and turning yourself into zombies (walking dead)."

{In the Bible, zombies are calling the “walking dead”; and unless you wake up, you’re headed for hellfire}.

Lucifer and his synagogue, his evil entity and their protocols are leading you to hellfire with all this fear.

Listen to Christ. He told you that you were a human + Being in the Gospel of Thomas and asked you, “What will you do when you find out you are two?”

Thomas 2:8 In the days when you devoured the dead, you made it seem alive; when you come into Light, what will you do? On the day when you were one (human-being) you became two (human+Being). But when you have become two what will you do? (see 4:10).

Evil will never fight fair; and you’ve got to fight with God on your side. But how do you start?

Read: The Way home or face The Fire

The title is self explanatory.

This video is also on Brighteon:

and for now YT: 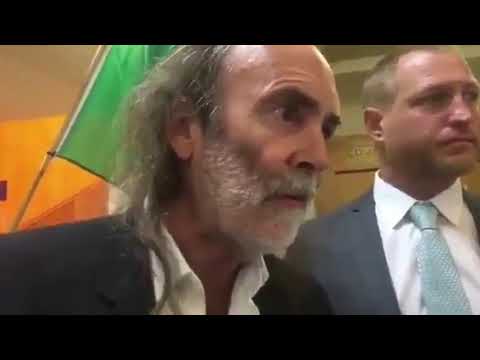 Some may remember John Waters with Gemma O’Doherty.

Here they are talking outside the Court in Ireland:

They were also featured on the SGT Report: 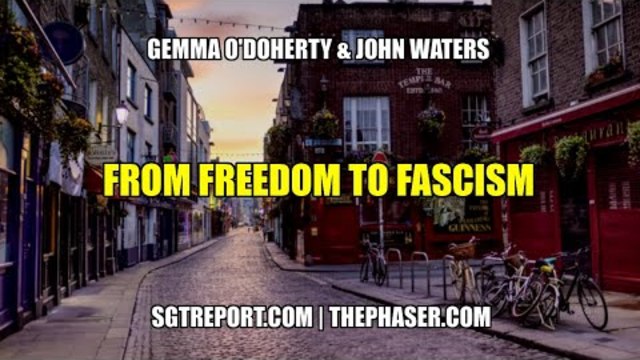 Agreed. Gibraltar is up against the same evil found in Ireland.

Thank you for sharing