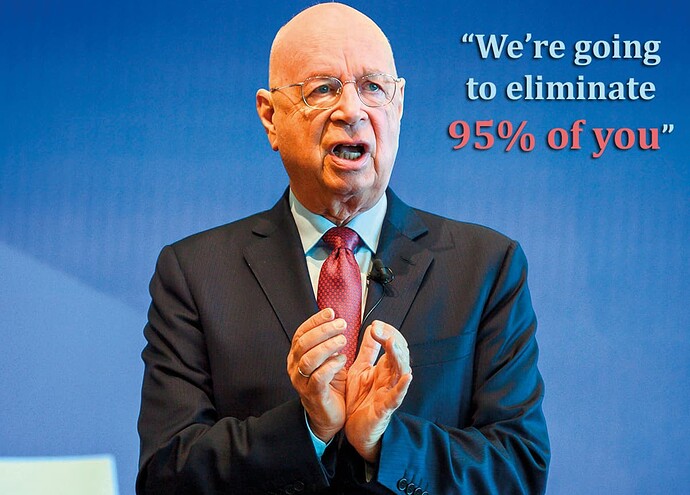 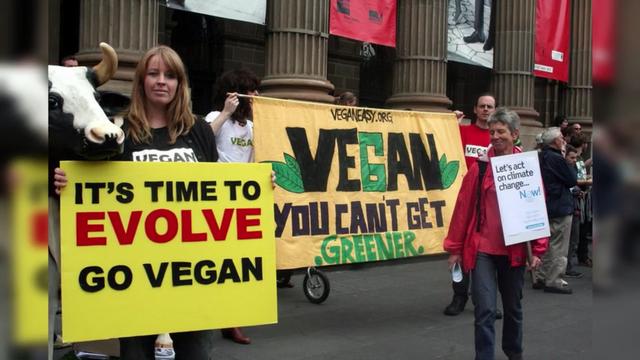 Another week, another leaked video from the World Economic Forum featuring Klaus Schwab’s advisors casually discussing their plans to depopulate the planet.

According to these two WEF stooges, all religious groups are opposed to the World Economic Forum because religions want “more souls” and the WEF “wants less on the planet.”

At what point do we stop and say “enough”? How many times does the World Economic Forum have to declare their sinister intentions before the world stops and listens?

Klaus Schwab’s right hand man Yuval Noah Harari, who has a history of saying the quiet part out loud, and last week he admitted what many people have long suspected.

According to Harari, who was promoting his new book, the big political question of the 21st century is “What do we need so many humans for?”

And it’s not even the first time Yuval Noah Harari has let slip regarding their plans for humanity. He recently declared that the WEF considers the vast majority of the human population to be obsolete, useless and redundant.

According to Harari, so-called “common people” are right to be fearful of a future in which they will be made “redundant”.

The WEF advisor assessed the widespread anxiety among “common people” as being rooted in a fear of being “left behind” in a future run by “smart people.”

Such fears are justified, according to Harari, who spoke on behalf of the elites and confirmed “We just don’t need the vast majority of you.”

Harari’s comments are deeply disturbing because when they are placed in context with comments by other WEF advisors and affiliates like Bill Gates, it becomes clear that they have disablement and depopulation on their mind.

And the UN is working hand in glove with the WEF. Here is Christiana Figueres letting the cat out of the bag about the plans of the elite.

Alan Gregg, an official for the Rockefeller Foundation, said the world has cancer and the cancer is man. Prince Phillip, Queen Elizabeth’s husband, said if he could be reincarnated he would wish to return to earth as a killer virus to lower human population levels. A nice guy, that Phillip.

Jacques Cousteau said we need to eliminate 350,000 people a day. Media mogul Ted Turner said we need a 95% decline in population. Okay, Ted, you first. These guys for the New World Order want to reduce the population of the world from it’s present 7 billion to a half billion.

Charles Wurster of the Environmental Defense Fund said people are the cause of all problems, we need to get rid of some of them. Bill Clinton signed the Bio Diversity treaty that said we need to reduce the earth’s population to 1 billion.

Peter Singer, an influential Princeton professor who is teaching your children, wants to have abortions AFTER the baby’s born. You’ve got 28 days to decide if you want to keep it. He said Christianity is our enemy; if the animal rights movement is to succeed, we must destroy the Judeo-Christian religious tradition. Apparently, animals have more rights than humans.

Maybe that’s why the powers that be are promoting abortion parties:

And maybe that’s why the shots are causing mass deaths. But you will never hear about it on mainstream media, because they are bought and paid for by Pfizer.

And maybe that’s why they are promoting obesity, which last time anyone checked, leads to diabetes, and an early grave. The body positivity movement promotes obese bodies as healthy and is being pushed hard by the mainstream media, with new celebrities created to brainwash the children.

Maybe that’s why an insulin factory was blown up just in the nick of time to cause an insulin shortage when it is needed the most:

Of course, the mainstream has been corralled into a mass formation psychosis, and they will refuse to listen to you if you try and speak sense to them about any of these issues. According to the mainstream in 2020, obesity is healthy. The vaccines are not causing people to keel over and die. And abortion is love.

George Orwell warned us about about these times. He said they would convince us that war is peace. How right he was. 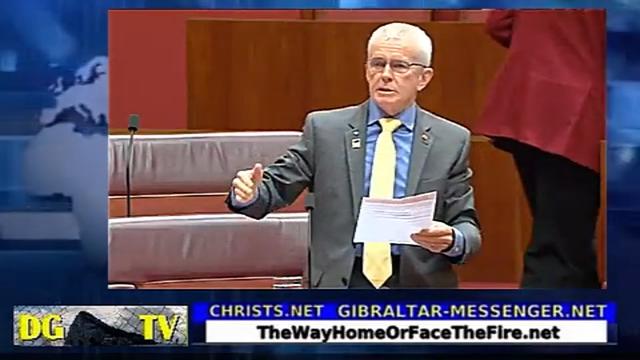 KLAUS SCHWAB: ‘GOD IS DEAD’ AND THE WEF IS ‘ACQUIRING DIVINE POWERS’ 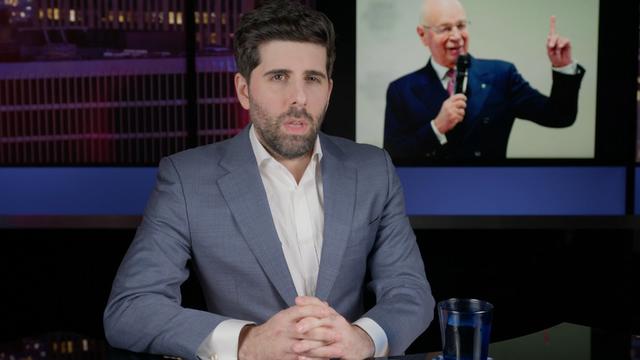 Klaus Schwab: ‘God Is Dead’ and the WEF is ‘Acquiring Divine Powers’

God is dead, according to the World Economic Forum, which has also declared that “Jesus is fake news,” and that WEF leaders have “acquired divine powers” to rule over humanity. According to the WEF, a new world religion has arrived and it unites al…

God is dead, according to the World Economic Forum, who have also declared that “Jesus is fake news,” and that WEF leaders have “acquired divine powers” to rule over humanity.

According to the WEF, a new one world religion has arrived and it unites all of humanity in worshipping at the altar of climate science, techno-communism and eugenics.

If you find it hard to believe Klaus Schwab’s WEF would go this far, you clearly haven’t been paying attention to developments in recent times.

Klaus Schwab’s right hand man Noah Yuval Harari has announced that the WEF has been so successful in its plans that it is “acquiring divine powers” of “creation and destruction.” The blasphemy doesn’t stop there. Harari also promises the WEF will turn humans into gods.

The WEF is also increasingly hostile to Christianity and major religions. If you read between the lines just a little, it’s clear the WEF is consciously attempting to supplant Jesus

According to the WEF, Jesus is fake news, God is dead, and you do not have a soul. You are a “hackable animal” who does not have the capacity for free will.

The World Economic Forum has spent decades quietly infiltrating democratically elected governments, penetrating cabinets and wielding an outsized influence on the world from the corridors of Schwab’s Swiss hideout in Davos.

These tyrants have now become arrogant and sure of their own success. They are no longer hiding in the shadows and pulling puppet strings from behind the curtain.

According to Schwab, it is his role to shape the “transformation” of the world in the current period. And unsurprisingly he admires the Chinese system of state control authoritarianism.

With world leaders and cabinets firmly under their control, Western democracy has been decimated. Trudeau’s Canada has become a wasteland of authoritarian control. Jacinta Ardern’s New Zealand is arguably even more tightly controlled by the Davos technocrats.

Why should they respect us and our human and constitutional rights if they see us as “hackable animals” incapable of free thought?

Take a look at Brazil for a glimpse of the future. President Bolsonaro’s supporters are protesting what they claim to be a wildly unfair and corrupt election. WEF favorite Lula, who hasn’t even taken office yet, has already started enacting the Klaus Schwab playbook, freezing the bank accounts of protestors amid a chilling crackdown on freedom of speech and the right to protest peacefully.

According to Argillier, he can prove the Biden administration takes direct orders from this shadow government.

If you want a sneak peek of the future under this shadow government, it’s worth paying attention to Bill Gates’ latest announcement. Gates has a history of playing god. Robert F. Kennedy warned us about this trait in Gates’ psychology years ago.

According to Kennedy Jr, the World Health Organization is “conducting global social and medical experimentation” in accordance with the vision of their mega-donor Bill Gates and his “religious faith that he can use technology (vaccines and GMO agriculture) to make him the savior to all of humanity.”

“Gates’ strategy of buying WHO [World Health Organization] and purchasing control of US health officials like Tony Fauci & Deborah Birx” means the Microsoft co-founder can now “dictate global health policies affecting 7 billion people and to control the most intimate details of our lives,” said Kennedy Jr. on his Instagram page.

Just last week Gates, in his role as false savior, was caught telling world leaders that it’s time for “death panels” to decide who has the right to live and die.

Of course Gates’s “death panels” have everything to do with the globalist elite’s obsession with depopulation. This is the brutal, soulless world Gates and the shadow government at the World Economic Forum are determined to roll out as part of their Great Reset. We can’t allow their evil religion to become the new normal.

Take a look at one of the videos in the description box below for a deeper dive into these plans. Forewarned is forearmed.

If you understand the importance of these videos in educating the masses about the shadow government and the evil agenda of the elite, please like these videos and subscribe to the channel to help us continue to produce this content and forewarn as many people as possible.
We are all in this together.