EU News – The fight for the heart of Europe

This is the fight Europe has needed for years

This is the fight Europe has needed for years

The European Union is bracing for a difficult autumn.

Beyond the nasty fallout from Brexit -- arguably the greatest crisis to befall the bloc since its creation -- and recovering from a global pandemic, the 27 member states are gearing up for a huge row over LGBT rights, the rule of law and the role both should play in the Union's future.

The words "future of Europe" get thrown around a lot by people in Brussels, but usually by people who are largely supportive of the EU becoming institutionally stronger and more centralized.

So basically, the 4th Reich EU continues to push Europe to become like "Sodom and Gomorrah".

The Way home or face The Fire – CHAPTER 6 Abraham, Lot and Sodom and GomorrEah.

6:12 The cities of Sodom and Gomorrah were totally out of control, so God decided to destroy them, completely, souls and all.
6:13 Sodom, as the name indicates, was full of sodomites (homosexuals), committing the abominable crime of sodomy, and Gomorrah was full of perversion and promiscuity (Gen. 19:1-29)(Sura 7:80-81 & 15:61-77).
6:20 The angels then destroyed the two cities, with a terrible blast (“Fire”), and it so TOTALLY annihilated them, that, to this day, although it is known roughly where they were situated, ABSOLUTELY no trace of them has ever been found (Gen. 19:24)(Sura 15:76-77). The blast was far more efficient, than any crude nuclear-weapon, and destroyed not only the cities, and everything in them, but also the bodies and souls of the inhabitants.

Dan 2:41 And whereas thou sawest the feet and toes, part of potters' clay, and part of iron, the kingdom shall be divided (into the Eastern and Western Roman Empires); but there shall be in it of the strength of the iron, forasmuch as thou sawest the iron mixed with miry clay.
2:42 And [as] the toes of the feet [were] part of iron, and part of clay (Rev. 13:1; 17:12), [so] the kingdom shall be partly strong, and partly broken.
2:43 And whereas thou sawest iron mixed with miry clay, they shall mingle themselves with the seed of men: but they shall not cleave one to another, even as iron is not mixed with clay.

The last kingdom in Daniel's prophecy represented by the feet of clay and iron will be destroyed by the Diamond – Christ. 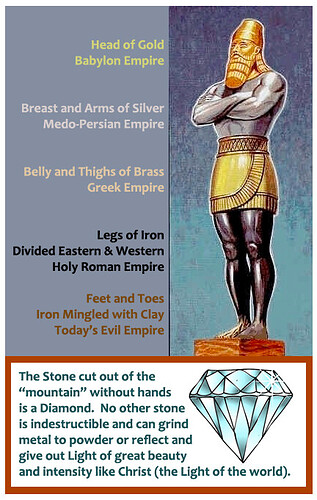 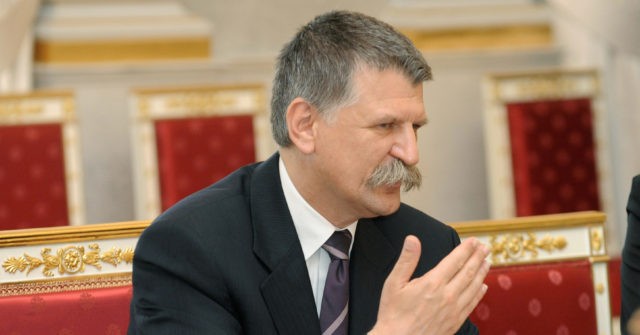 Hungarian Speaker: Totalitarian 'Liberalism' Is 'About to Destroy Europe'

The Hungarian Speaker spoke out against the "new totalitarian ambition" of liberalism in the EU, saying he would not vote to join it today.

Earlier this month, he had said that “Hungary will remain a member of the EU until [it] collapses”– predicting that this would happen within a generation, as Brussels is “on a trajectory that is economically, socially, spiritually and morally unsustainable”.

Kövér elaborated on this theme in his recent comments to Kossuth Rádió, telling the broadcaster that “after Nazis and Communists, a new totalitarian ambition is about to destroy Europe, sometimes called Liberalism, post-Humanism or whatever… green folly.”

Kövér knows exactly who is running the EU – The Nazis.

They have been working on their Fourth Reich since 1941, when Germany already knew it was going to lose WW2, and started planning the EU as their Fourth Reich, to be implemented by Hitler’s daughter Angela Merkel. The German people lost WW2, but the Nazis won it. During Operation Paperclip, thousands of Nazis, including Werner Von Braun were imported into the USA and joined with the OSS to form the Nazi CIA and gradually take over the USA – Airport, airlines start legal action against Britain over travel rules - #2 by GibMessenger 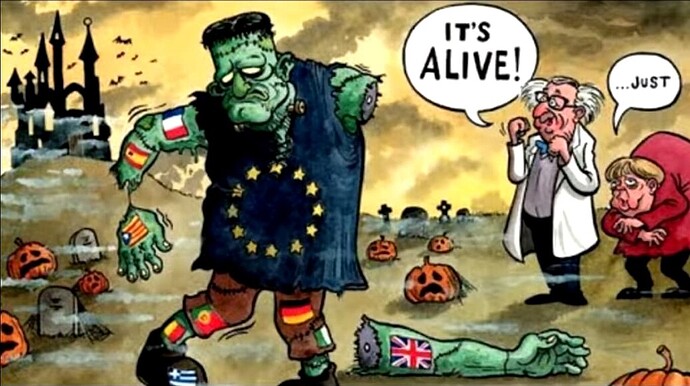