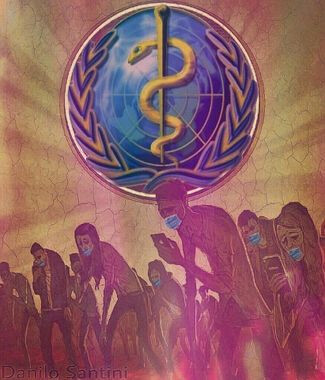 The term “Brainwashing” was popularized by the CCP (Chinese Communist Party). Think about "The Manchurian Candidate" film. American journalist Edward Hunter first described the experience of Chinese informants. These practices have been imposed on the West using the pretext of a phoney pandemic.

Many of the psychological aspects of the COVID SCAM were created and perfected by the CCP to coerce compliance to communism in China.

The cabal’s goal is to indoctrinate people into the communist system and eliminate opposition to tyranny.

The mind was targeted as the main battlefield for WWIII because it is the most efficient way to wage war and because the final battle is for a person’s “soul”.

Information and propaganda are much cheaper and easier than bullets and bombs. The victims pay for their own imprisonment and willingly destroy themselves with poor choices of deadly injections and medical treatments. Infrastructure remains intact and bodies can be dissolved with lye and literally poured down the drain.