COVID-19 is a Smokescreen for 5G Radiation Sickness

On February 5, the Diamond Princess was boarded at port Yokohama in Tokyo Bay by Japanese health officials. Those health officials pronounced that 10 persons on board were diagnosed as having coronavirus, later known as COVID-19. The ship was ordered quarantined for 14 days. Nobody could leave the ship during the quarantine period. Within 3 days another 125 passengers were diagnosed with having COVID-19). By February 13, a total of 218 people were diagnosed with having COVID-19.

A little known fact is that the Diamond Princess was sporting some new high tech 5G towers. An earlier news release explained that “Princess Cruises has announced a new dimension in its connectivity partnership with SES and will become the first global cruise ship fleet with early access to SES’s O3b mPOWER network augmenting the Princess Medallion Class experience as it scales across the fleet, according to a press release.” Cruise Industry News, February 3, 2020.

Is there a connection between the newly installed 5G network on the ship and the passengers being struck ill with coronavirus? It should be noted that only he Princess cruise line that had installed the 5G had outbreaks of COVID-19. In March 2020, the Grand Princess had outbreaks of COVID-19 before docking in San Francisco. The Ruby Princess was reported to have had an outbreak of COVID-19 involving 600 passengers prior to docking on March 19, 2020, at Sydney, Australia. All of those ships are Medallion Class ships with the new 5G tower connectivity from SES’s O3b mPOWER.

4 Likes
Barrie Trower: An Interview of Grave Importance to Humanity
Gibtelecom Launch 5G In Gibraltar
Director of Public Health warns of the dangers of 'Long Covid'
cybe November 22, 2020, 8:35am #2

I can't find any mention of 5G in any articles about Medallion Net.

It says it's talking to satellites in the sky and isn't 5G. Satellite internet isn't 5G.

I believe there are are parabolic antennae inside those domes that are sending and receiving data to satellites in the sky.

That internet connection is then shared using wifi devices spread across the ship...

A bit more about that technology: O3b MEO is a satellite constellation in Medium Earth orbit (MEO) designed to provide low-latency broadband connectivity to remote locations for mobile network operators and internet service providers, maritime, aviation, and government and defence. Originally O3b, the name was changed in September 2020 to more clearly distinguish these satellites from the forthcoming O3b mPOWER constellation. O3b stood for "other three billion", or the other three billion people at the time that did not have s...

"Each beam's footprint measures 700 km in diameter." Some math person should be able to calculate how small the the wattage of the transmission will be over that 700km area. (Inverse square law) 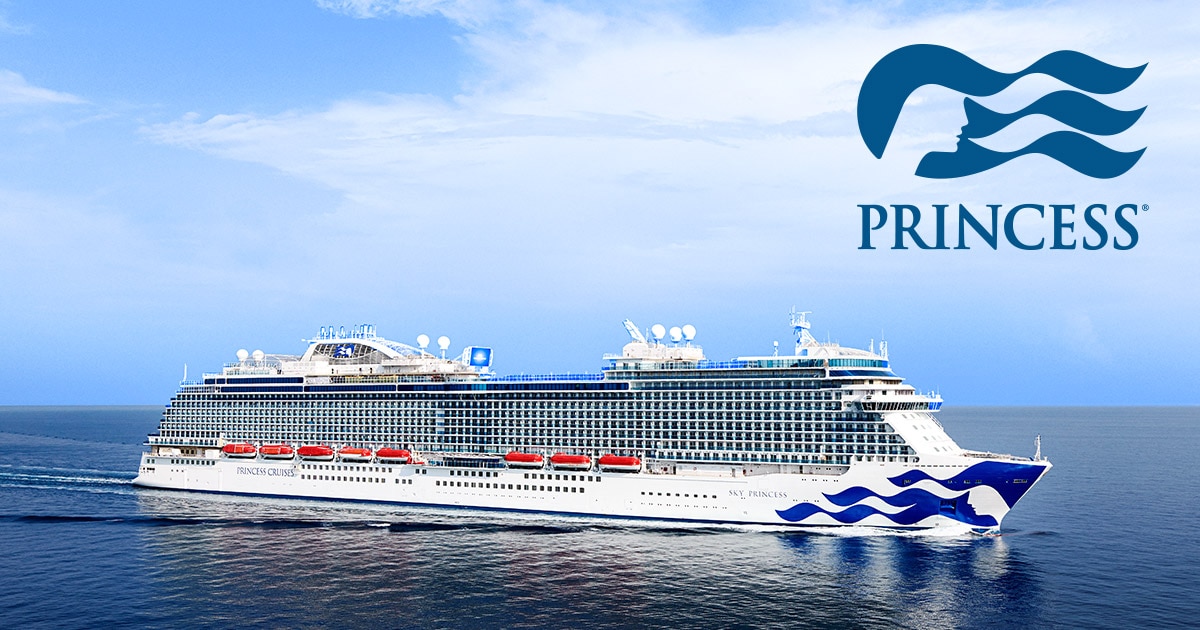 Get fast, reliable, and affordable internet on board Princess. Stay connected with MedallionNet the best Wi-Fi at sea.

They make it sound so wonderful... 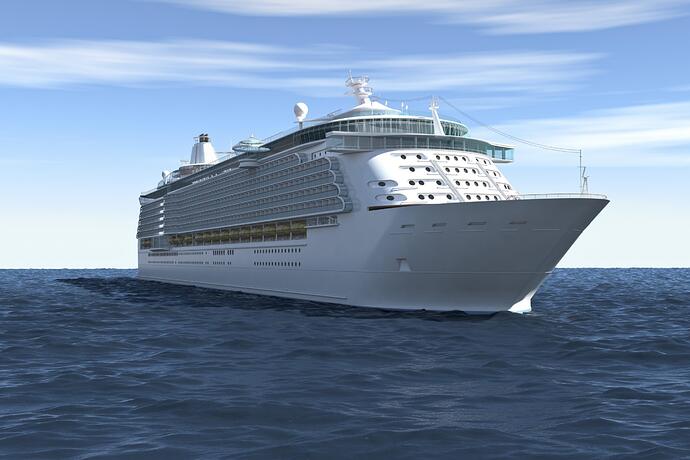 Carnival’s MedallionNet to set industry apex for Wi-Fi bandwidth capacity at sea powered by SES Networks
Carnival Corporation, the leisure travel company, will establish a new industry apex in connectivity capabilities today at sea when it attempts to make an unprecedented level of bandwidth available to guests on board Regal Princess from its Princess Cruises brand.

Using its newly developed connectivity service, MedallionNet, and working with SES Networks, the world-leading provider of satellite-enabled connectivity solutions, Carnival Corporation and Princess Cruises will attempt to achieve bandwidth of 1.5 gigabits per second, the most ever delivered to a mobile platform. The record attempt will demonstrate that connectivity is no longer a limitation to cruise vacations. Guests using MedallionNet have access to the internet at speeds that eclipse typical land-based hotel connectivity performance levels.
MedallionNet is made possible through an inventive array of antennae, networks, equipment and configuration innovations that combine to make the Regal Princess the only vessel on the planet that is currently capable of achieving 1.5 gigabits per second and more.
The system leverages multi-band antennas uniquely configured in an innovative shipboard formation to minimize any potential impact to guest connectivity due to seasonal weather or ship positioning, and it fuses multi-orbit satellite bandwidth to deliver superior connectivity.

By combining multiple sources of bandwidth with hundreds of shipboard access points to achieve the highest capacity shipboard network ever brought to a cruise ship, MedallionNet introduces a level of service reliability and signal pervasiveness not previously achieved on ships sailing at sea.
SES Signs launch Contract with SpaceX for 4 O3b mPOWER Satellites 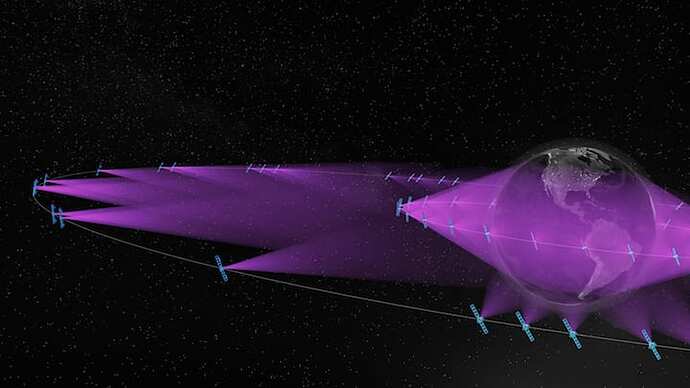 “O3b mPOWER is the cornerstone of our multi-orbit, cloud-enabled, high-performance network that will serve our enterprise, mobility and government customers into the next decade, and we are merely a year away from its first launch,” said Steve Collar, CEO of SES. “We have a strong and long-standing partnership with SpaceX and we are excited to add the launches of additional O3b mPOWER satellites that will drive higher throughput, greater efficiency and substantially more bandwidth to our industry-leading network.”
Yet the insurance companies are Offering insurance for "illnesses" that are now common
https://qc.bluecross.ca/health-insurance/health-tips/193-the-4-common-contagious-diseases-on-a-cruise-ship
(found in response) to How Many People Have Coronavirus? « Jon Rappoport's Blog
Gastrointestinal illnesses
Influenza
Legionnaires’ disease
Hepatitis A

SES uses beamforming to steer capacity on ships
The terrestrial mobile industry isn’t the only one looking to bring software-defined networking (SDN) and network functions virtualization (NFV) further into the picture. These sorts of techniques are applicable to the satellite industry as well, and it’s every bit as interested in being a part of 5G as anyone.
SES, which is one of the participants helping Alphabet X’s Project Loon provide service in Puerto Rico after Hurricane Maria, is already using dynamic bandwidth allocation and beam steering via SDN principles on its O3b fleet. The current generation allows it to steer beams and dynamically control the amount of bandwidth to endpoints within those beams, according to Hemingway.
“We do that by literally following the ship with a high-capacity beam and using software control techniques to follow those ships wherever they go on their itineraries,” Hemingway told FierceWirelessTech. “Those kinds of innovations have completely changed what we’re able to provide in terms of raw throughput, the latency and the price.”
In its next generation of O3b satellites, the “follow-the-ship” concept will direct many more beams. SES acquired O3b about a year ago and recently announced that it has contracted its first O3b mPower technology partner, Boeing Satellite Systems, to build seven MEO satellites. The constellation will have 30,000 fully shapeable and steerable beams that can be shifted and switched in real time to align with its customers’ capacity needs. O3b mPower will provide coverage to an area of nearly 400 million square kilometers, or four-fifths of Earth’s surface.

The terrestrial mobile industry isn’t the only one looking to bring SDN and NFV further into the picture. These sorts of techniques are applicable to the satellite industry as well, and it’s every bit as interested in being a part of 5G as anyone.

SES fetes launch of 4 MEO satellites, bridge for 5G
SES Networks witnessed a significant milestone in its "other 3 billion" journey when four medium Earth orbit (MEO) satellites from the company's O3b Networks unit were launched by Arianespace at the Guiana Space Center in Kourou, French Guiana, on Thursday.
Typically, SES doesn’t do MEO-based backhaul for U.S.-based mobile network operators; its geostationary Earth orbit (GEO) satellites offer enough coverage over the U.S. to provide the required backhaul needs. But, SES is learning from U.S. operators to prepare for mPOWER, which is coming in 2021.

“Where we really feel we can help the U.S.-based MNOs is with 5G rollouts,” Watko said.

With the pure densification of 5G networks, the mPOWER fleet will make a difference. “The 5G operator will really drive the needs and demands for backhaul as a whole and that’s where we see O3b mPOWER being that next leap for them.”

“O3b” historically has referred to the “other 3 billion” people who are un-connected or under-connected in the world, although some speculate the size of the market has grown to something more like 4 billion since that term was coined.

Is 5G a Deadly Trigger for the Coronavirus?
The novel coronavirus has spread unevenly around the world, clustered in several hot pockets, while leaving other areas with scant outbreaks...
...Japan took a different route with the novel virus. It has only 1,200 cases and 130 deaths. 712 infections—more than half of the entire country—came from one supercluster in the Diamond Princess cruise ship, docked in Yokohama. The IOC recently canceled the Tokyo Summer Olympics, not due to the outbreak in Japan, but likely from so many nations that are now battling the virus.
https://emrabc.ca/?p=17467

Of course COVID 19 is a hoax, I mean I didn’t know on day one but after doing some studying now I do!

Its all total lies, total take over, crash of society, I is mind blown people think this is even normal?
Truly we live in a world truly lacking in FAITH, when people will do anything the government says because everybody else is to! MOCKERY, HOW COMPLACENT CAN ONE GET!?!

Open your eyes people this is all just a lie in order to usher in world domination, the more you think your going to hurry up and get through this life all willy nilly doing really nothing of importance! The more power you give Satan and his buttlickers, power over you!