Communitarianism and Global citizenship for the uninitiated.

When the Banksters bring all currencies to parity; meaning all currencies will be worth more or less the same and everyone is trading in CBDCs (central bank digital currencies) in their jurisdiction using their smart wallet of their chosen 5G device linked to the surveillance state and living in the UN habitat smart cities programme. They will be run under Communitarian (fraudulent) law, a new rule set and a new value system. These smart cities will be gulags which are beautiful, highly efficient and highly surveiled incredibly nice and seductive.

“Communitarianism and Global citizenship for the uninitiated. Journey through the basic concepts and the ideology with writers, educators, politicians, activists, newscasters, broadcasters and the people ushering in the New Millennium, from change agents to Mossad gurus and other alarmists pushing for global regulations of human behaviors. Hear too from a few other people who aren't exactly fans of the Communitarians. I'm Niki Raapana, co-founder of the Anti Communitarian League. Nordica Freidrich and I have been sharing our ACL research online for free since 2003. Between my blog (nikiraapana.blogspot.com) and our online research institute (welcome to acl books!), we have published more articles, papers, information, sources and lists of resources helpful for studying communitarianism than any other website or school in the world. Our original anti thesis to the communitarian philosophy is called The Anti Communitarian Manifesto. We think our version of events leading the world into embracing the ultimate synthesis of all ideas is a more accurate portrayal of the communitarian philosophy. Since we published our first position paper in 2002, and we named communitarianism as the synthesis in the Hegelian/Marxist dialectic, thousands of writers and speakers from all backgrounds have adopted our position and state it as a known fact. This is misleading because it it not a known fact, it's still an untested theory. TACM/2020:Our common Destiny has been vetted many times, but it's never been properly discussed or debated in upper academia because the anti communitarian position does not officially exist. We created it, but we've never had the opportunity to present it for peer review, to defend it orally or to be challenged and questioned on our sources or our logic. We've been called a lot of rude and childish names, but no one has ever challenged our published works. In baseball it's called a shutout. Remember, Hegel and Marx both assured us the final synthesis in the dialectic would be so perfect it gives rise to no anti thesis. That means whether our ACL thesis holds weight or not, or whether it is debatable or not, doesn't matter. The very fact that our anti thesis exists at all renders their perfect synthesis imperfect. Their own evolutionary rules say we win that round. The next round in the biggest non-debate in the history of Western philosophy is the Communitarian's politicized religion. This video is designed to cover some of the aspects involved in the coming non-debate. It has always been my goal to engage the communitarians using their own rules for responsive communities, so in this video I present several sides to the topic. I won't claim this video is fair or unbiased, but I have given ample time to the evil bad guys. I have no video footage of Etzioni responding to us, addressing us directly or rebutting our thesis. The one and only email I got from Etzioni was in 2001. Now I know Etzioni "follows" me on twitter, but indicative of the way they play with words, Professor Amitai Etzioni's "Responsive Community" never responds to its critics. As far as they're concerned. they're so perfect they can never have any critics. “Root toot toot for the home team, if they don't win it's a shame!” 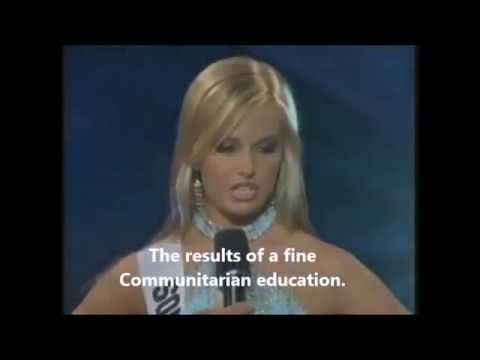 T.H.E.Y. tell you in advance their plans. Did you read the GSLP manifesto?

3 Likes
The Gibraltar COVID-19 Cohort: Determining the True Incidence and Severity Rate During an Outbreak