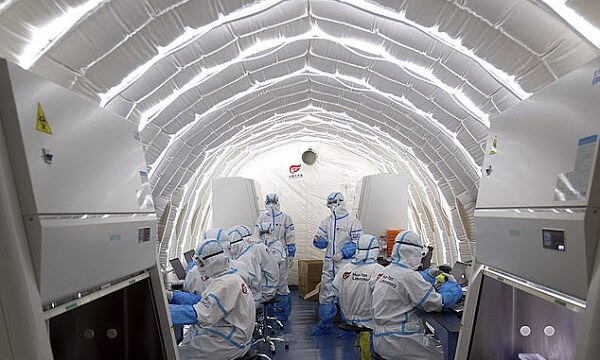 Chinese Military Discussed Weaponizing COVID In 2015 'To Cause Enemy's...

"The Unnatural Origin of SARS and New Species of Man-Made Viruses as Genetic Bioweapons."

In 2015, Chinese military scientists discussed how to weaponze SARS coronaviruses, five years before the COVID-19 pandemic emerged in Wuhan, China - where CCP scientists were collaborating with a US-funded NGO on so-called 'gain of function' research to make bat coronaviruses infect humans more easily.

In a 263-page document, written by People's Liberation Army scientists and senior Chinese public health officials and obtained by the US State Department during its investigation into the origins of COVID-19, PLA scientists note how a sudden surge of patients requiring hospitalization during a bioweapon attack "could cause the enemy’s medical system to collapse," according to The Weekend Australian (a subsidiary of News Corp).

The chairmen of the British and Australian foreign affairs and intelligence committees, Tom ­Tugendhat and James Paterson, say the document raises major concerns about China’s lack of transparency over the origins of COVID-19.

"We were able to verify its ­authenticity as a document authored by the particular PLA ­researchers and scientists," according to Robert Potter, a digital forensics specialist who has worked for the US, Australian and Canadian governments

Ivor Cummins discusses this 2015 report featuring the Sky News AU broadcast (16min) – integrating the biological probabilities for the virus origin. Cummins: "Did you realize that the technology to produce these gain-of-function viruses is almost 3 decades old? It ain't hard - just banned generally for safety reasons." 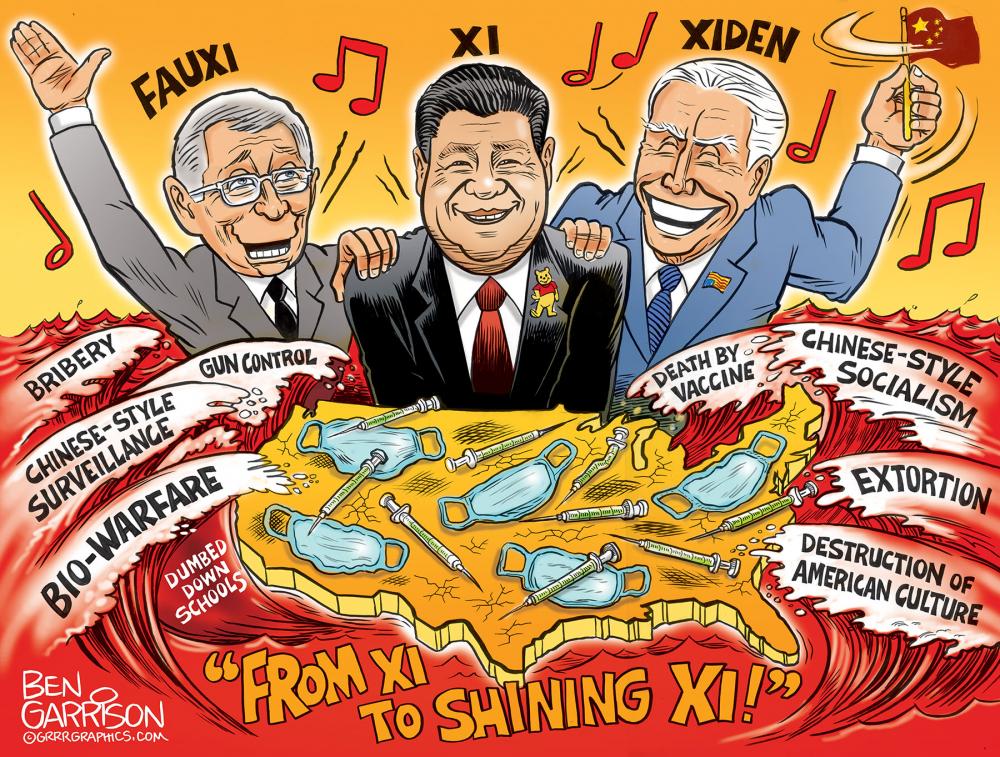 Chinese leader Xi Jinping discussed how to use the global pandemic strategically as a way to dominate the ...

Chinese leader Xi Jinping discussed how to use the global pandemic strategically as a way to dominate the West. In this live Q&A with Crossroads host Joshua Philipp, we’ll discuss these stories and others, and answer questions from the audience.

INTERVIEWER: Recently, senior officials from the US intelligence issued a public warning in which the genome editing is named as one of the possible weapons of mass destruction. The report claims that this weaponized technology is widely available, low cost, and developing rapidly. Any intentional or unintentional application or use (of such technology) can trigger national security issue or lead to serious economic problems, here’s the question. Our netizen friend “Xi Hai Ju Feng” asked, “Why would genetic engineering be listed as a WMD?”

CCP MILITARY SCIENTIST CHEN HU: In recent years, we’ve experienced and seen many epidemics on a large scale such as SARS, avian influenza, H5N1, even Ebola, and now the outbreaks of Zika virus that is found in South America. But if we could use gene engineering to edit these bacteria and viruses, then we’d be able to produce a more widespread and lethal super viruses and super bugs. Then the effect of this kind of super-viruses/bugs its lethality would be would be similar to atomic or hydrogen bombs. Its lethality could rival those of chemical weapons.

INTERVIEWER: So this technology could be very dangerous?

INTERVIEWER: So from a gene-editing technology to a genetic weapon, what difficulties do we have to solve?

CCP MILITARY SCIENTIST CHEN HU: Not only do we need to create such super virus or superbug. If you really want to use it in massive scale, we must first solve this issue: how to harm your enemies but not yourself. Even more terrifying is that it can target characteristics of a specific race – their genetic characteristics. We could develop a specific gene-edited weapon targeting one specific race.

INTERVIEWER: It has the potential to kill one specific race?

CCP MILITARY SCIENTIST CHEN HU: Yes, because each race has its own particular genetic characteristics. But of course, it’s even worse if the technology is in some crazy person’s hands, or ended up in the hands of extremist groups or terrorist organizations. They probably wouldn’t care if will harm themselves, but as long as this could harm humankind and cause terror or fear, they will use it massively for sure.

At What Point Do We Realize Bill Gates Is Dangerously Insane? 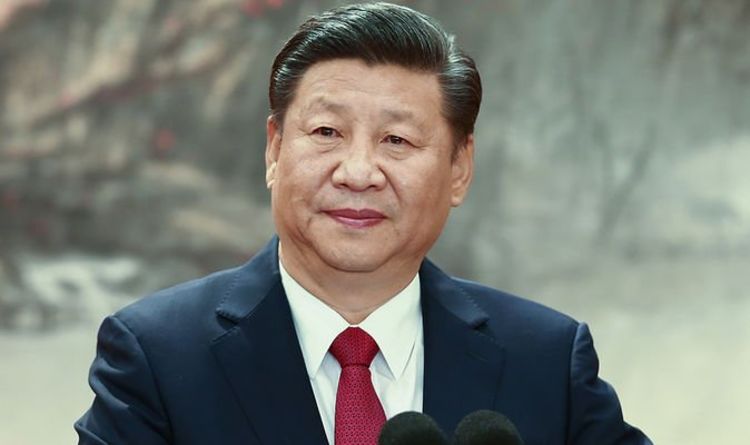 China horror as military harvests DNA from millions of women to 'engineer new...

The Chinese People's Liberation Army (PLA) has been harvesting DNA from millions of pregnant women in more than four dozen countries around the world. The PLA harvested the DNA via a popular pre-natal test sold through China's BGI Group. Reuters uncovered the operation, which US Representative Darrell Issa called a "big national security risk". 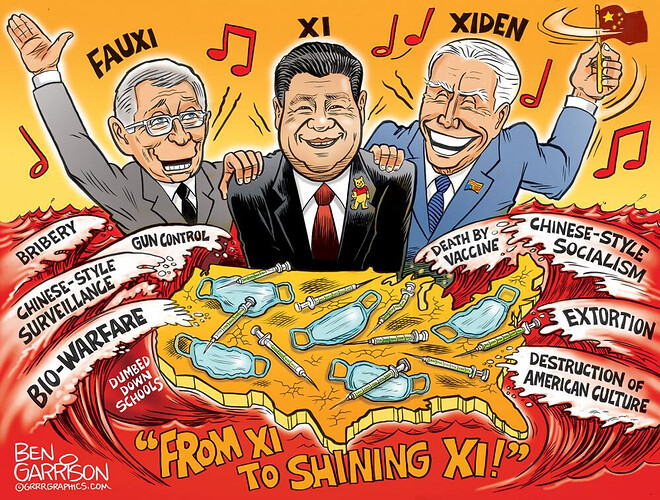 The Empire Will Be Fielding an All-Injected Military – Decided by the people who introduced the rank and file to Agent Orange, Gulf War syndrome, and burn pits

The Empire Will Be Fielding an All-Injected Military

Decided by the people who introduced the rank and file to Agent Orange, Gulf War syndrome, and burn pits

The U.S. military will move to mandate the COVID-19 vaccine for all service members now that the Pfizer vaccine has full approval from the Food and Drug Administration (FDA).

THE VERDICT IS IN: They’re deliberately killing us with the Covid ‘vaccine’ bioweapons!

China would use biotechnology to create new forms of designed “biotechnological weapons” that would be “controllable” and “recoverable” for which China had sole possession of the vaccine or antidote.

Such weapons would be highly contagious, but of low lethality and capable of being deployed under “pre-war” conditions. Although artificially created, the new bioweapons would retain “plausible deniability,” that is, could be attributed to a disease of natural origin.

Thus, spawned the PLA’s massive joint bioweapon development-vaccine production program, which incorporated China’s universities and their access to international knowledge and skills, particularly those from the United States.