A very informative report from Dr. Sam (Samantha) Bailey, explaining why the PCR test cannot be used as a diagnostic tool, making the daily case counts of false “positives” meaningless:

Thank-You for Being Dauntless on fighting evil at every turn, showing us how to fight, with strong determination and Love for others. You are certainly appreciated and Loved by all of us who know You.

Dear @GibMessenger, You are certainly welcome.

Dear @GibMessenger ,
Thank-You so much Dear Master for all Your help showing us The Way to fight evil with-in and in the world. Much LOVE.

You’re welcome @Persistent.
Love to you too.
LLTF.

COVID Test Has Silver Nanoparticles That Might Cause Neurological Damage!

Share The Word  12 10     22SharesYIKES! COVID Test Shows Silver Nanoparticles & Comes “Alive” In Real Time! I first saw that video a few months ago and it…

Looks like some fairly large fibers that are moving because of static electricity in the first video. Certainly not nano size (invisible to the naked eye)

Quickly googling what it says on the package I can see they offer various materials for the swabs: rayon, polyester and cotton, which would explain why they can be statically charged compared to a cotton swab.

Please see an important “6 March 2021” insertion at the bottom of the first post. 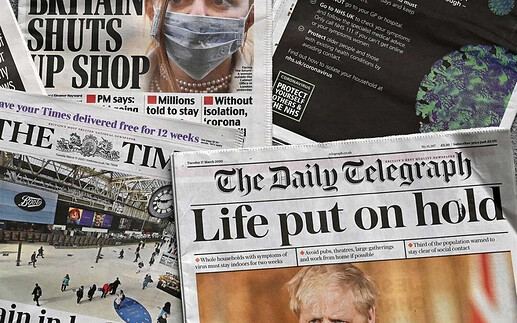 Beware of Covid PCR Testing and the Relentless “Vaccinate Vaccinate...

The validity of the PCR test has been questioned for months, if not from the very beginning of the declared covid-19 plandemic, including lately also by WHO. However, this test is still and ever more so being forced upon us. This despite the fact that ever more scientific evidence comes to the fore that the test is absolutely unsuited to determine whether a person is “infected” with the covid-19 virus. According to some scientists there are up to 90% false positives. Besides, a positive in 97% of the cases does not indicate that you will come down with symptoms. Especially young people, and people without any co-morbidities rarely show any symptoms. 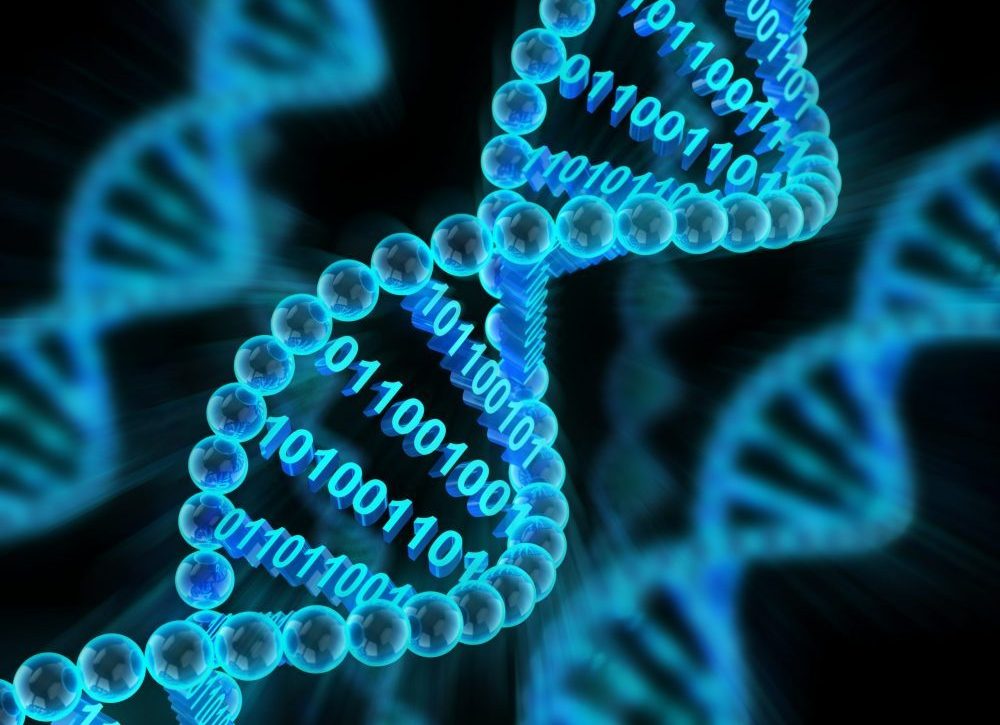 China’s government is building the world’s largest police-run DNA database in close cooperation with key international industry partners. Yet, unlike the managers of other forensic databases, the authorities in Beijing are deliberately enrolling tens...

Johns Hopkins: You Can Be Vaccinated With A PCR Test

Vaccinated With A PCR Test-Swab In The Nose Vaccines

Johns Hopkins: You Can Be Vaccinated With A PCR Test Without Knowing April 15, 2021 TLB Staff GOVERNMENT, HEALTH, Spotlight, Tyranny[image] In this article, Jan Walter describes, with extensive source citations, which techniques are possible to still vaccinate the population when people are becoming increasingly critical of vaccinations. This is only fueled by the continuing pressure for mass “vaccination” against a non-lethal disease for 99.8% of people, with a new type of “vaccine” that is a… 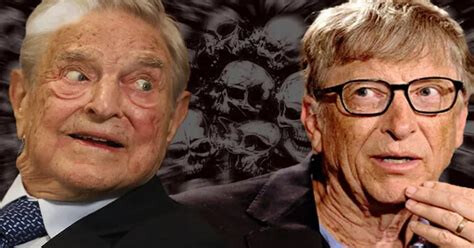 Mologic LTD, a company in the United Kingdom that manufactures COVID-19 tests and is expected to be purchased by a new initiative run by George Soros and Bill Gates, Global Access Health.

Forbes explains that Global Access Health (GAH) is a joint initiative between “The Soros Economic Development Fund and the Bill & Melinda Gates Foundation” and explains that Mologic Ltd is “best known today for the deep-nostril technology used to deliver rapid COVID-19 tests.” The partnership between Gates and Soros to buy this company was announced on Monday, July 19, and the CDC’s decision to phase out PCR tests was announced Saturday, July 24. 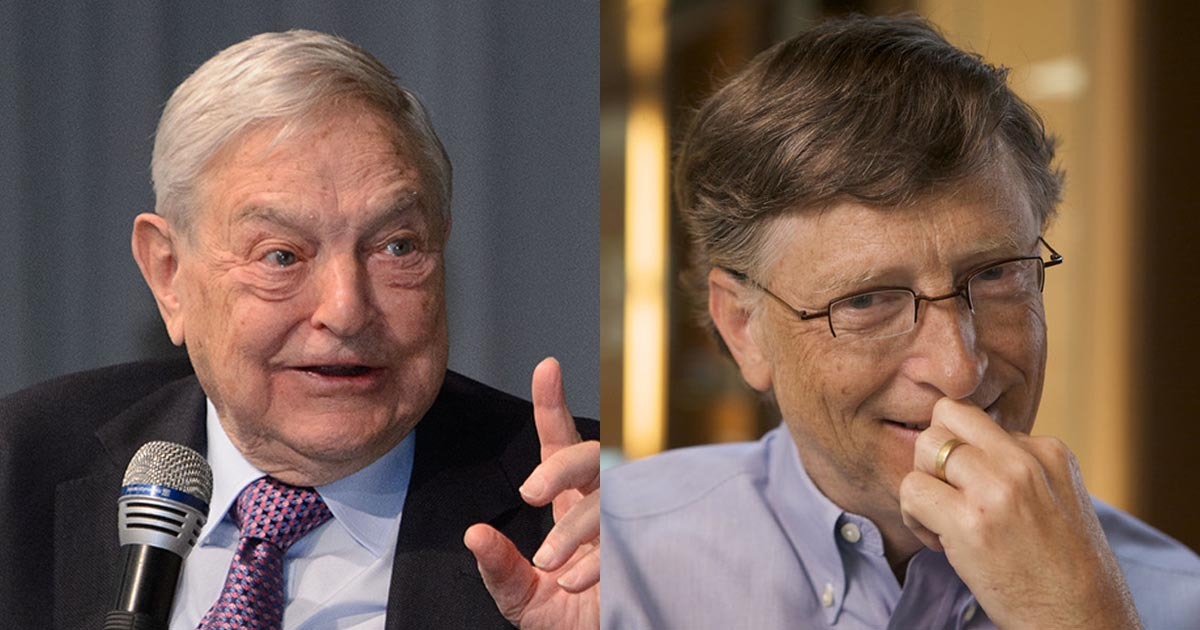 In one of his daily White House (so-called pandemic) briefings earlier this year, Pres. Trump spoke about getting the PCR swab test and described how awful it was because the swab is inserted so deeply into the nasal cavity. I believe he did have the PCR test as he described. Why anyone would take that test after listening to his description of the experience is beyond me! If what Dr. Day says is correct about the nasal swab PCR test implanting nano-particles into the brain via the sinus cavity; then does America now have a president with nano-particles in his brain? Something to think about.

It is being questioned more and more why President Trump is supporting the Covid jab. I have yet to hear a reasonable explanation to explain why such a "good president" would support such an evil agenda. He did have that PCR test and did report it as the real deal that went deep into the nasal cavity. Has he been compromised with nanobots in his brain???? The excuses made for him, by many otherwise intelligent truth-warriors, are not making sense and some are really far-fetched. There is a deadly silence on this issue from his supporters. They either make excuses for him or do not say anything. His decisions have a global impact. 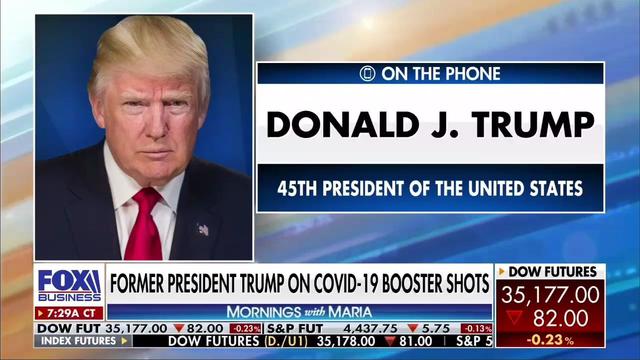 Newsflash:
The Center for Disease Control has issued a warning about a new virulent strain of an old disease! The disease is called Gonorrhea Lectim. It's pronounced "Gonna re-elect 'em", and is capable of crippling our current population.

The disease is contracted through dangerous and high risk behavior involving putting your cranium up your rectum. Many victims contracted it in 2020 when they elected Joe Biden and Liberal Progressives into power and are now starting to realize how destructive this sickness is. (Plus ALL others, not following God's Perfect Royal Laws of Liberty).

It's sad because Gonorrhea Lectim is easily cured with a new drug just coming on the market called Votemout. It's pronounced "Vote-em-out." It can be picked up at your local pharmacy without a doctor's prescription. You take the first dose now. The second dose should be taken just before the 2022 elections, otherwise, it could eventually wipe out all life as we presently know it in the USA, and the world.

Please warn all those bright folks you know before the next election.

“We, the undersigned, demand the immediate return to our Creator’s Law, which is what endows every American with the UNALIENABLE rights we enjoy, among those Life, Liberty and the pursuit of Happiness, exactly as it states in the preamble of the...

So the Nasopharyngeal Covid19 PCR "tests" were never tests at all. They are implanting chips, inserting Nanobots called Nanites with a bioweapons payload for the brain, while at the same time harvesting DNA.

The PCR swab is inserted straight to the Nasopharynx behind the nose and forehead where your eyes are. It's at the blood brain barrier and next to your pineal gland. I believe they are knocking out people's senses with these Bioweapons and killing human intuition and your ability to cognitively see what they are doing to us. They're knocking out our senses and targeting the brain with Nanites that carry a payload as Celeste spoke about in previous videos. This is war. Serious warfare.

DECLINE THE "TESTS", REFUSE THE MASKS AND NEVER LET THEM STICK YOU WITH A NEEDLE.

BREAKING: Former FEMA Whistleblower Celeste Solum explains that the Corona PCR "test" is implanting a microchip. So the Nasopharyngeal Covid19 PCR "tests" were never tests at all. They are implanting chips, inserting Nanobots called Nanites with a...

Scientists have today announced they have made a shock discovery even more shocking than the discovery that dinosaurs may have worn hats or the possibility the British government is not at all demented.

They have . . . er, discovered the PCR test is infecting people with colds and flu – or as they are now known, “Covid” – and on rare occasions killing them.

This phenomenon came to light when researchers – whose identities must remain secret for reasons of (a) security and (b) embarrassment – noticed that almost 100% of people diagnosed as having Covid and being very ill with no symptoms had had the PCR Test a few days or hours or even minutes prior to being ill.

Reports are coming in that tens of thousands may even have suffered the nightmare of getting better before they even realised they were ill!

Jane Fibbs, the newly appointed Vaccine Dictator of the recently formed Ministry of Eugenics tasked with finding the Holy Grail of epidemiology known as “Herd Mentality”, said that his has led to the inescapable conclusion that the PCR test is infecting them with an illness so serious that as many as one in ten thousand of them die. with people as young as 93 the most vulnerable.

This makes the PCR test almost as lethal as the vaccines, governments and other traditional killers

“And” she added, “that’s just one of the advantages”

New Documentary on The PCR Test Deception is Banned on YouTube – Share this Film with Skeptics
Film producer Rai Gbrym reached out to me last week about a new documentary he had just produced that exposes the fraud of the PCR test. He had just posted it on YouTube and it already had thousands of views. I immediately downloaded the video so that I could view it when I had some time. When I went to watch it, it was already banned on YouTube, and no longer available. After viewing it now, I can see why Big Tech doesn't want you to watch this, and why Google banned it on YouTube. If one can prove that the PCR Test used to detect COVID-19 is a fraud, then the entire "pandemic" is a fraud as well. Rai does a very good job of exposing the fraud behind the PCR test, and he has excellent interviews with people like Dr. Stephan Lanka from Germany, and Dr. Malcolm Kendrick from the U.K. We have featured the work of both these men over the years here at Health Impact News, as both of these men have been exposing the corruption in science and medicine for many years now, unlike the many doctors and scientists that have only recently begun to speak out against crimes in Big Pharma due to the COVID-19 scam. Dr. Lanka made headlines in 2017 when he issued a challenge in Germany where he agreed to pay 100,000 euros to anyone who could prove that the measles "virus" actually existed. Wanting to categorize him as a "quack" for not following the mainstream dogma, he had some people take him up on his challenge, but in the end, the German Federal Supreme Court confirmed that there was not enough evidence to prove the existence of the measles virus. Dr. Malcolm Kendrick is the author of several books, including "The Great Cholesterol Con," "A Statin Nation: Damaging Millions in a Brave Post-health World," and "Doctoring Data," among others. Rai Gbrym has done a wonderful job in this documentary, and he is offering it to the public for free, even though it was self-funded, so important does he consider this information. Please support this work at his website, and share this film with as many people as you can.