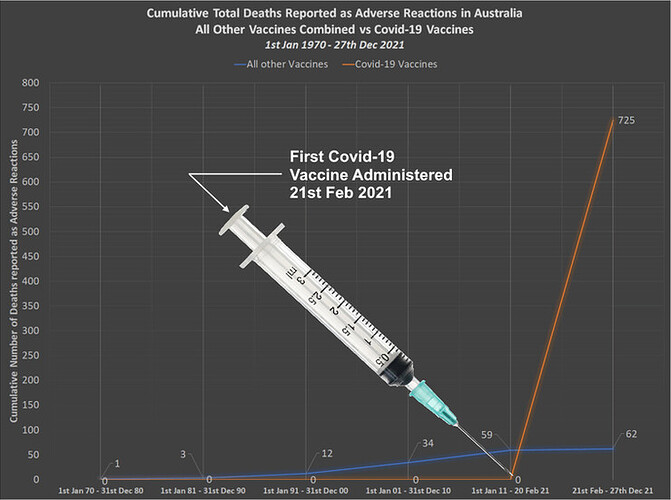 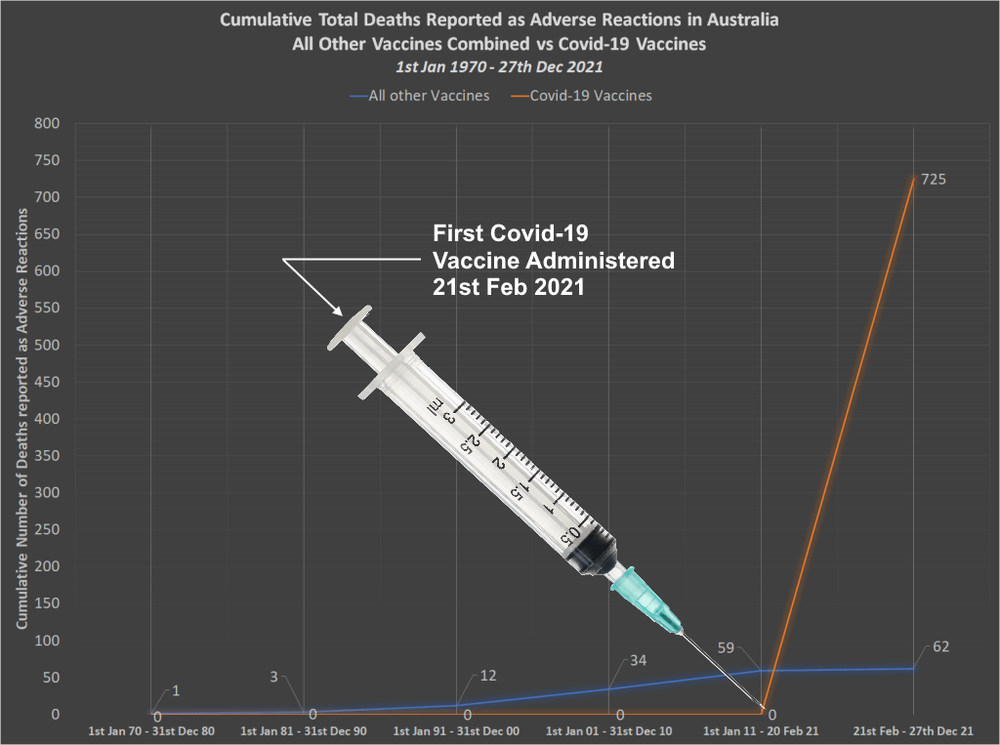 Australia: COVID JAB 12 TIMES MORE DEADLY than ALL other Vaccines COMBINED in...

Covid Vaccines have caused 12 times as many deaths in just 10 months, than 128 separate vaccines combined in 51 years.

A Freedom of Information request made by Doctors for Covid Ethics back in February 2021 revealed that the TGA never saw the extremely limited study data for the Pfizer mRNA Covid-19 vaccine prior to granting it emergency approval and deeming it safe to be injected into the arms of Australians.

The TGA originally attempted to suppress the FOI request by requesting a 6-month extension in view of the amount of work required to respond satisfactorily. But after a complaint was made to the Office of the Information Commissioner the TGA responded confirming that they had never seen or requested the patient data from Pfizer and simply accepted Pfizer’s report of their study as fact, despite their proven history of fraudulent claims.

Continued at link, with tables. .... the Australian Vaccination-risks Network, Inc. (AVN) has filed a Judicial Review case in the Federal Court of Australia, asking the court to order Dr Brendan Murphy, Secretary of the Department of Health, to meet his obligation to follow the science and cancel or suspend the provisional approval for all experimental COVID vaccines in Australia.

Instructing solicitor, Peter Fam, of Maat’s Method Solicitors, filed pleadings, a substantial affidavit including dozens of peer-reviewed and pre-print studies on the harms caused by COVID vaccines, urgently seeking a hearing date. You can view the video of his filings here, and copies of all court submissions here.

The AVN believes that the Australian Government have acted in opposition to the dictates of the Precautionary Principle, failing in their duty of care by not just distributing and recommending, but mandating Australians to take this medical procedure. There can be no informed consent when someone’s livelihood and ability to feed their children is on the line.

“Over recent decades, an average of 2.4 people have died and approximately 3,500 injuries were reported every 12 months from all conventional licensed vaccines,” says former Barrister Julian Gillespie, author of the original opinion and brief. “Yet in less than 12 months since COVID injections began, 755 deaths and 104,236 injuries have been reported.”

AVN believes the unprecedented upsurge in deaths and injuries, should have been actioned and stopped by Dr. Murphy over nine months ago. Instead, the rollout continues, even in ages where the risks of the vaccination so grossly outweigh the risks posed by COVID-19. 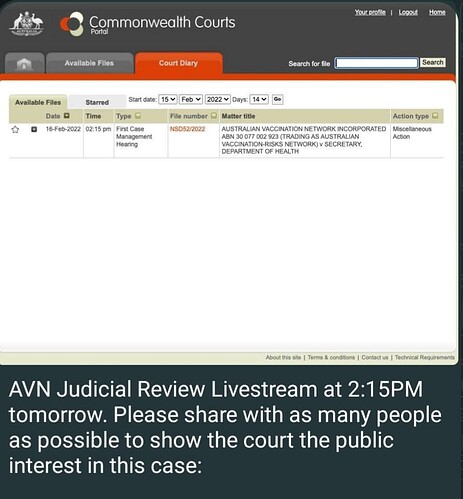 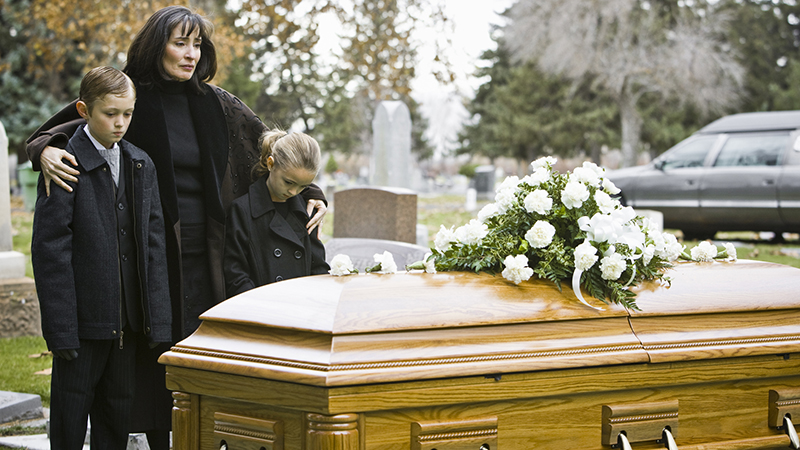 The Australian Government Is Offering To Pay For Funerals Of Those Who DIE...

The Australian government has seemingly acknowledged that COVID vaccines can kill people by updating its website to introduce a policy to pay funeral costs of people who die after getting vaccinated.

The policy also includes a provision to pay compensation of up to $600,000 if hospitalisation is necessary due to injuries or health issues from vaccine.

The government website states that in order to claim the costs, relatives will have to provide

The policy also contains advice on “How to calculate payments and funeral costs,” advising claimants that “You need to show your actual costs for the funeral. Remember to deduct any amounts you got or will get from third parties.”

The police also states that “One of the fantastic things about the scheme is that you can make a claim online seeking reimbursement for expenses or compensation for your injury without the need to involve a lawyer or commence formal legal proceedings.”

Because they're part of the conspiracy, what compensation will be compared to life,
We're really in insane world 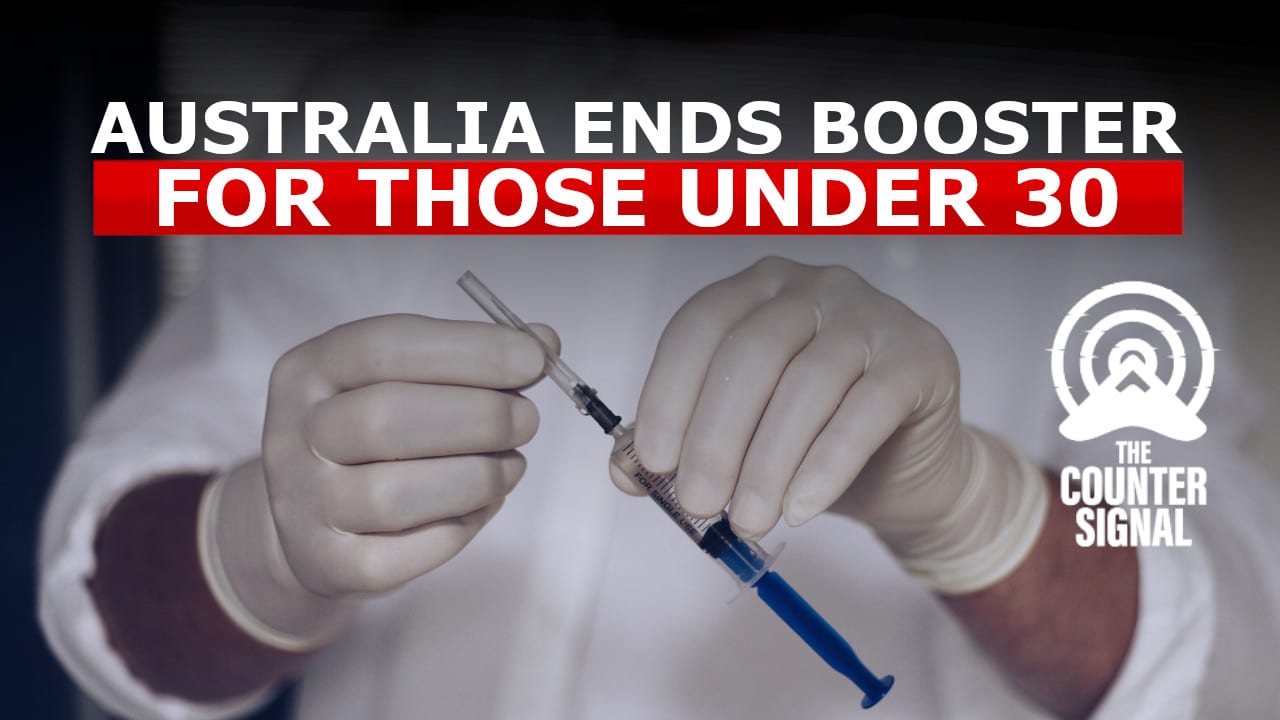 Australian government says vaccine risk too high for people under 30 - The...

The Australian government says the risk of myocarditis from a COVID booster might be greater than COVID itself — so it won't allow people under 30 to get a fourth vaccine.

This week we are joined by Former MP Geoff Shaw to discuss Dan Andrews in detail before the VIC elections this month. Dan Andrews is a man that Geoff says acted as though he was "punishing his peasants" throughout the so-called-pandemic.

We discuss Andrews' support of murdering children in the womb, sexualising children, attack on Christians and bullying of his colleagues in Parliament, as well as many other dangerous behaviours displayed by this man as exposed in Geoff's book, 'Dan Andrews Unmasked'. 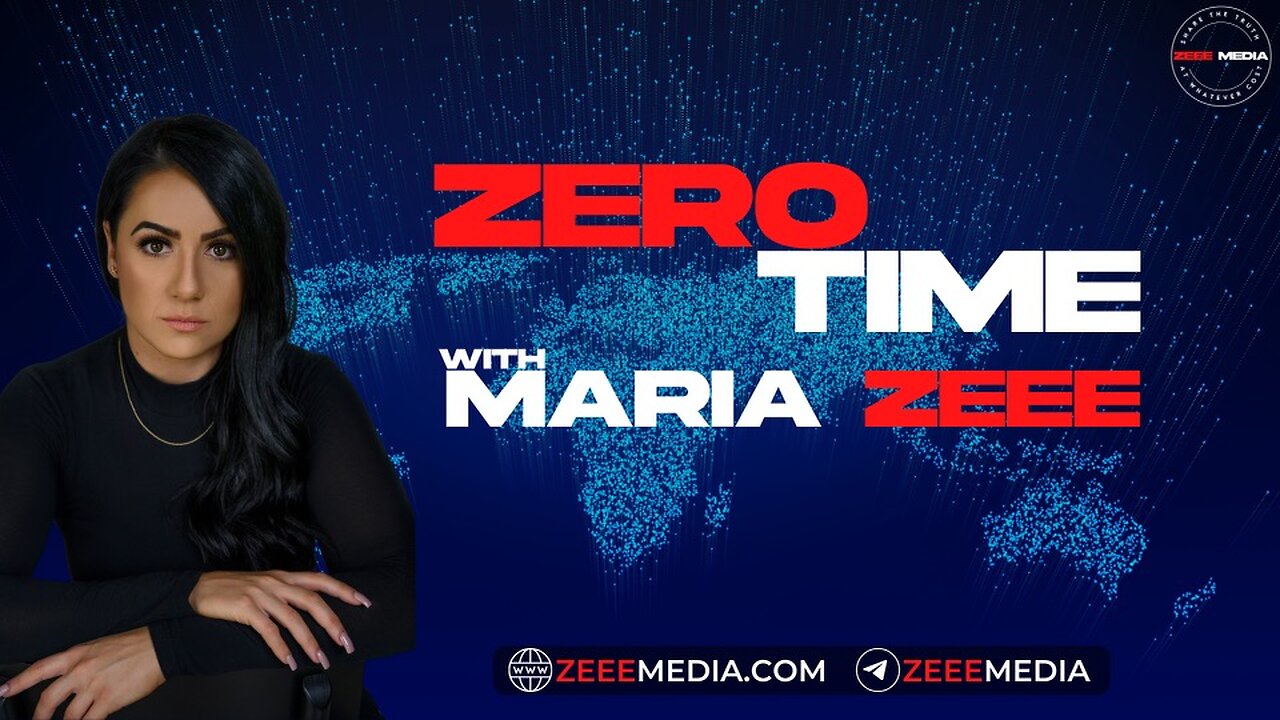 This week we are joined by Former MP Geoff Shaw to discuss Dan Andrews in detail before the VIC elections this month. Dan Andrews is a man that Geoff says acted as though he was "punishing his peasant