Are you a Vaxist? Vaxism is the new Racism

Are you a Vaxist? Vaxism is the new Racism

In the UK you’re legally protected from discrimination by the Equality Act 2010. It is against the law to discriminate against anyone because of: agegen

If we all choose our paycheques over our morality. then we permit the government to discriminate against the unvaxxed unchallenged.

We signal to them that they can achieve any goal they wish to achieve through financial pressure.

This will empower them to complete their agenda to take over not just our health through mandatory vaccines, but our lives through a social credit score linked digital smart currency. 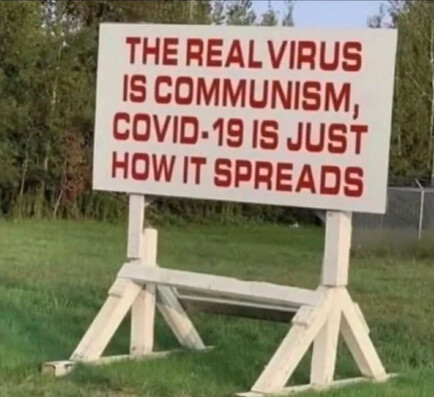 Those masters, however, are the force behind International Finance, and also the power behind Communism. Through Communism they have gained a large part of the world, from which they are spreading its godless doctrines. But Communism is only a means to an end. Their real objects are the acquisition of wealth, the destruction of Christian civilization, and the erection upon its ruins of a world-wide dominion for their benefit, and for their benefit alone. THE FIGHT FOR THE KINGDOM AND JUSTICE FOR ALL

Karl Marx, the human and "visible" author of communism, working for his master Satan, claimed that he had been given a sword by Satan and he would drag God down from heaven and defeat Him with it. Rev. 6 v 4 - the second horseman on a red horse was given a great sword. RED is Satan's colour (Rev. 12 v 3 & 9). THE FOUR HORSEMEN OF THE APOCALYPSE and THE TWO WITNESSES