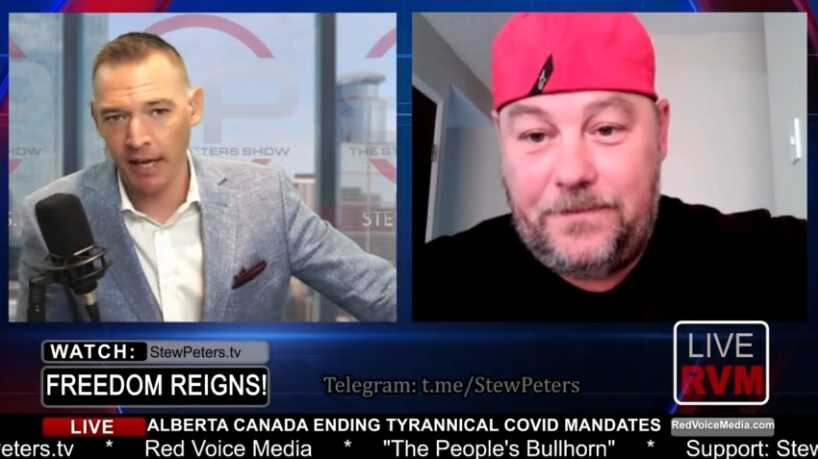 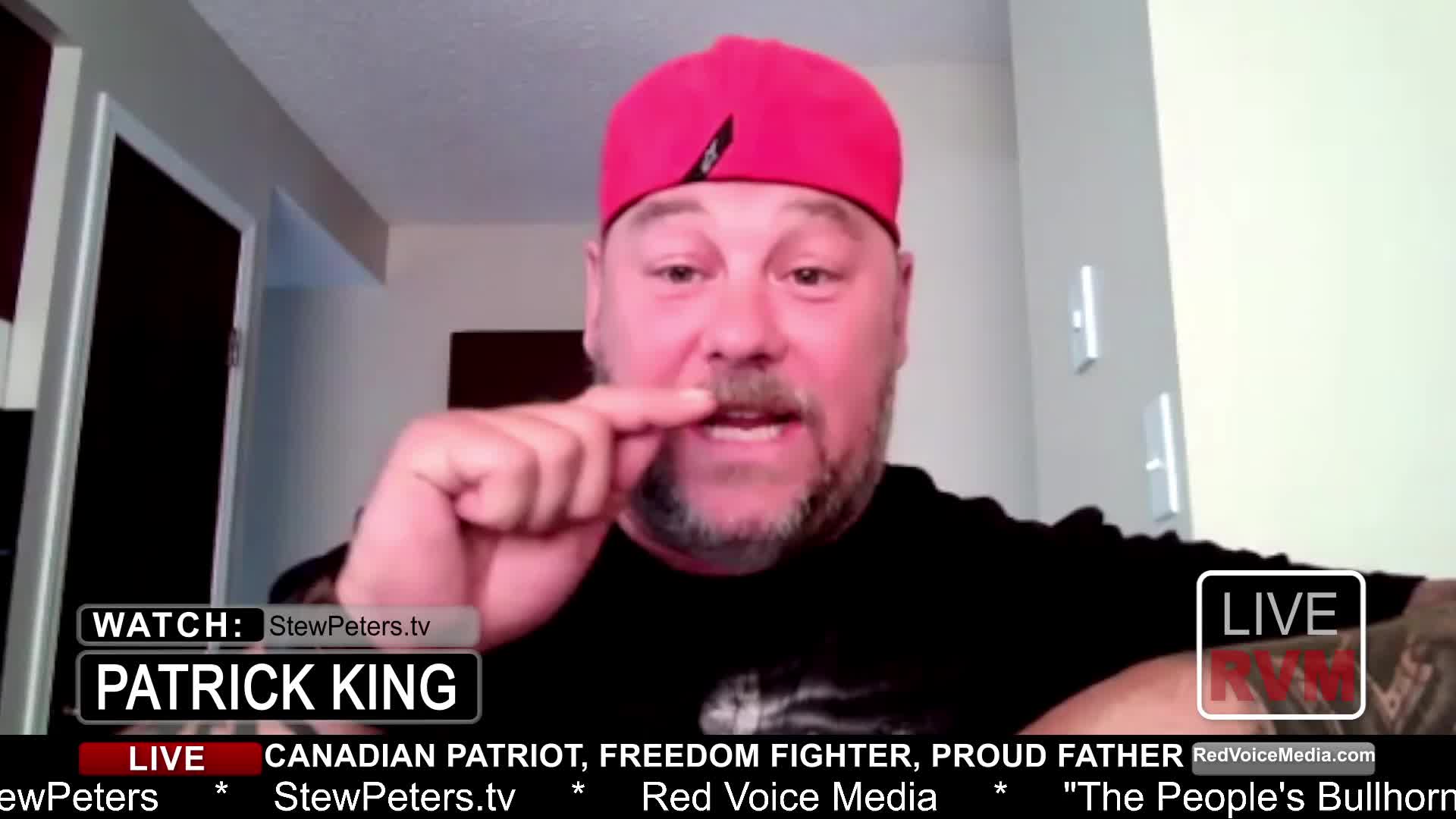 WE CAN WIN! Patrick King is a proud father of 2, Freedom Fighter and Patriot who took on the powerful government in Alberta, and WON! We can ALL learn from this, and we MUST battle this in every singl

Stew Peters interviews Patrick King about his court win in taking on the government in Alberta, Canada. King was given a fine of $1200 for breaking mandated restrictions while at a rally. He requested the chief medical officer produce documentation for the isolated SARS-Cov-2 Virus. Her attorneys admitted there was NO EVIDENCE.

Alberta will now be recognizing Covid as a mild flu.

Listen to the complete interview for important details that can be used by other freedom fighters.

LAW relied on by the Applicant

Alberta Canada Ends ALL Mandates Thanks to Patrick King

Alberta Canada Ends ALL Mandates Thanks to Patrick King

I’m posting the interview that Stew Peters did with Patrick King of Alberta Canada. In this interview he goes through the details of his ordeal with the government of Alberta and even the Que…

6 Likes
Covid-19 Plandemic is Fraud and Over in Alberta , Nothing more than The Flu
Gibraltar: Whole Genome Sequencing Of Virus Causing COVID Can Now Be Undertaken Locally
NancyDrewberry August 5, 2021, 1:10pm #2

Yes, thank you for posting. Absolutely good news for everyone concerned.

"Protesters were demanding that the government immediately hold an emergency public debate to reverse the Soviet-style mandate because it is discriminatory and infringes on their civil rights.

Unsurprisingly, officials did not grant their requests, citing the emergency powers that have enabled them to commit these gross violations of liberty since the start of the pandemic." Our neighbors to the north have finally had enough and are taking a stand against the radical tyrants who have restricted their freedoms throughout the past year. Thousands of outraged citizens gathered in the streets of Montreal on Saturday to...

Thank-You @GibMessenger , what a massive victory this is. KISS

I (not sure who the I is that transcribed Stew Peters and Patrick King interview, but we thank them for doing so) transcribed [not verbatim] Stew Peters interview with Patrick King, Alberta in case it gets censored. Court Victory Ends Masking, Shots, Quarantine in Alberta! (Video)

Patrick King was fined $1,200 for violating the Alberta Public Health Act for being in a group larger than 10 on Dec 05.20 in Red Deer, Alta.

In court on May 04, 2021, Patrick produced information needed to request, to support a good plausible defence. The material Patrick requested was ‘isolation’ of the SARS-COV2 virus. Patrick wanted it isolated not in a lab setting, nor in a PCR test that is over spun.

Patrick was supposed to be in court May 18. As a self representative, the judge had to advocate for Patrick and steer him in the right direction, at which time the judge allowed Patrick to subpoena Deena Hinshaw, Chief Medical Officer of Health for Alberta. Patrick’s defense was that he needed proof of ‘isolation’ of SARS-COV2 virus from Deena Hinsha, which would give her the science to back the Alberta Public Health Act.

Stew Peters: In other words, prove to me that a pandemic exists. Prove to me we are all going to die and this thing is raging out of control at. If that was the case Patrick was willing to wear a mask.

Three days later a police officer showed up at Patrick’s home to notify Patrick his court case was cancelled. Patrick called the court house and got it re-scheduled. Subsequently, Patrick was subpoenaed by Deena Hinsha’s lawyers requesting Patrick appear in court in less than 24 hours. This is called ‘procedural violation’. You cannot serve a subpoena less than 24 hours before court time.

CMOH Has No Material Evidence … to provide Mr. King for his defence, which basically means everything Patrick requested in Schedule A i.e. ‘isolation’ of the SARS-COV 2 virus that needs to be 100% isolated in order to base scientific facts on these public health acts, you don’t have material evidence for this, and they said “No".

Patrick reiterated to the judge, “Your Honor, just for the record. I want it to be on the record duly noted that the Chief Medical Officer of Health, Alberta does not have the material evidence I request to which the judge responded “Yes, they did say that”.

Her Majesty the Queen Vs. Patrick King

Patrick was misled by the court system, which is a violation of his rights as a Canadian citizen. Patrick returned to court July 24.21 where Attorney General prosecutors from Ottawa were present in the court room.

The statement read ‘Her Majesty the Queen Vs. Patrick King.’ The accuser is now the Queen and Patrick gets to address his accuser.

07:00 mins Patrick reiterated that the Chief Medical Officer of Health, Alberta, Ms. Deena Hinshaw, and Alberta Health Services, and the Alberta provincial government do not have the material evidence he requested for the isolation of SARS-COV2. Jaws dropped on both the court stenographer and clerk.

Stew Peters: This is so simple. Patrick King taught the world exactly what individuals need to do to liberate themselves. It’s an uphill battle because of compromised, corrupt judiciaries. END

In his closing remarks Patrick thanked the judge, thanked the crown prosecutor, and thanked attorney generals from Ottawa who showed up for a $1,200 ticket. He thanked them for teaching him everything needed to be the loudest, proactive advocate for everyone in Canada, North America, and the world because now we know exactly what you are doing to us. We have it on record, we have the proof.

They made a point in Patrick’s case to reference the ‘Rooke Vs. Alberta’ case where they summoned everybody who violated any of the covid rules. They await determination on thousands of tickets and summons. Patrick laid the foundation for every one of those court cases to go the way Patrick’s court case went.

What needs to be done is EVERYBODY FILE A CHALLENGE AGAINST PUBLIC HEALTH ACTS in your province, state, where you are located. The judge has no recourse but to subpoena government officials responsible for this. This way we get them all on the stand.

Stew Peters: The narrative is dead. The virus has never been isolated. It DOES NOT EXIST! You cannot prove its existence therefore you cannot force me to do anything in the name of something that is non-existent. NO VACCINE. NO VACCINE. NO VACCINE. No mask. No social distance. No limiting gathering sizes. Kids return to school. Everybody is hugging again. My small business can reopen now. END

The perpetrators know what they are doing. This all comes down to this one world organization that wants power over everybody across the globe, so they are attempting to bankrupt our country under the guise of a false pandemic, and everybody is following along like sheep. The implications of this and repercussions from this are absolutely devastating*. The world as you know it right now will not exist.*

People are trying to stop this using professional literature and professional presentations. Patrick says he’s just an average Joe however he knows something is wrong and if he doesn’t do something what does that make him. Patrick’s oldest son who is 17 years got vaxxed, he’s double vaxxed because he wants to travel to Tokyo for educational purposes. Devasted by this, Patrick says if his son goes down you will see him on the streets with every other parent and others and they will ‘shake the house’.

They’re about to take our families away. They’ve already taken our livelihoods and our rights away. They’re trying to censor everything we say. Patrick believes he is the most censored Canadian right now. He cannot use Facebook nor Google. He is blocked every way, which means he’s on to them, he is doing the right thing.

Millions of people believe they need to get the shot to travel, which is false.

Patrick describes military presence in Australia going into communities, and people on the street having a needle stuck into them. Everybody needs to pay attention to what’s going on because this will become the norm in every country.

We’re behind the 8 ball right now however we are moving in the right direction.

What we are doing is about to blow up. We’ve got Alberta with no mask mandates, retracting everything they said, kids returning to school without masks, etc. They pulled the pin. We will get them and they will make it look like it’s their idea.

Transcript from Patrick King’s court case to be posted at http://stewpeters.tv 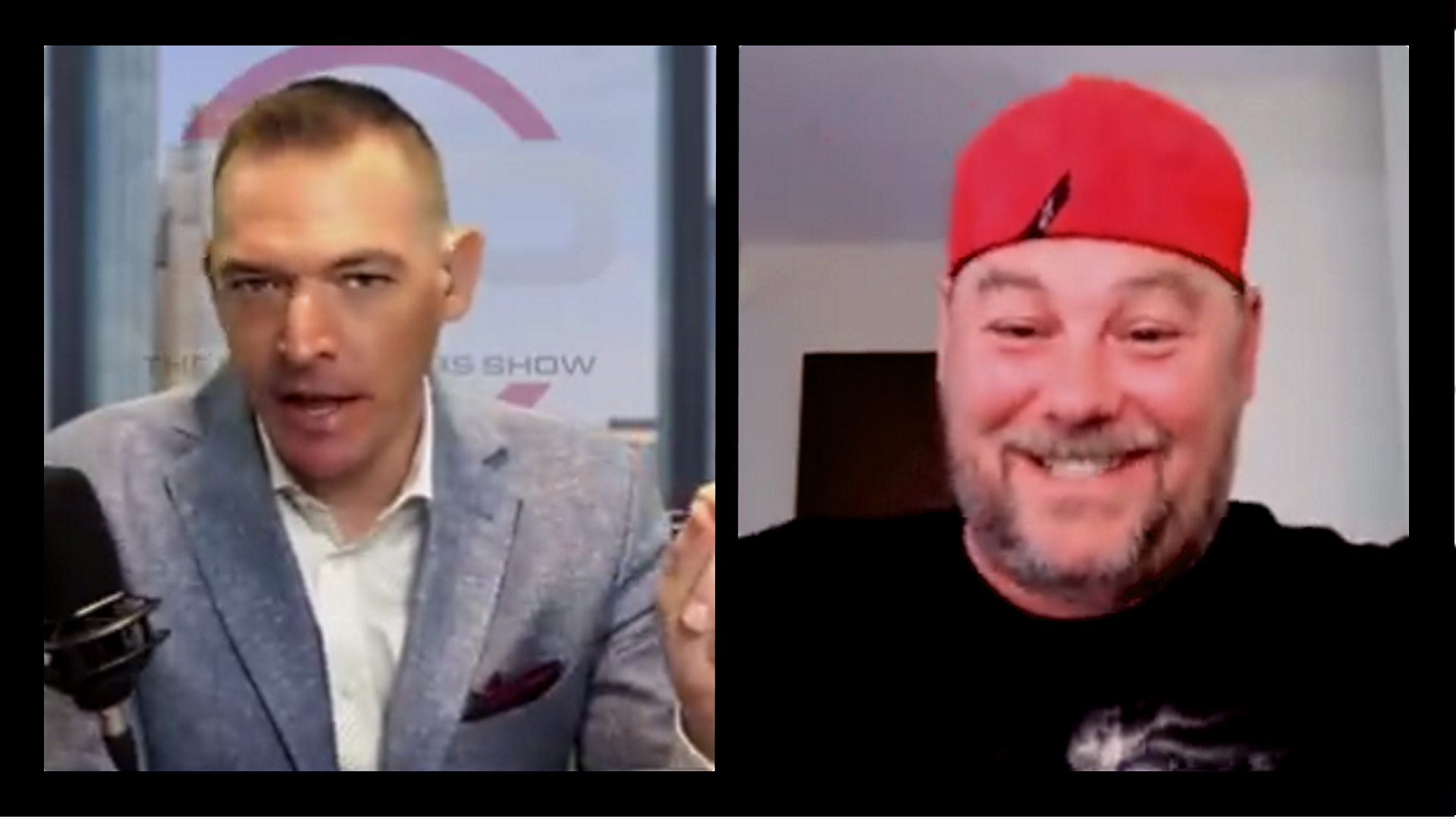 August 5, 2021 Update — TCTL editor’s note: Please see Justice Centre for Constitutional Freedoms’ important challenges to statements made in this interview, which we have now posted here: Canadian Justice Centre for Constitutional Freedoms Challenges Statements Made in “Freedom Fighter Court Victory” Video. As always, things posted on this site are done in the spirit of conversation, as we research many avenues and listen to many voices in our support of truth and freedom. 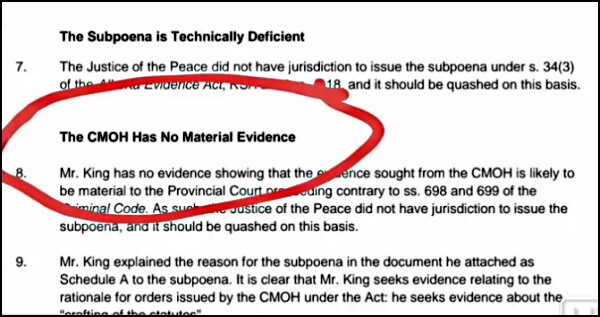 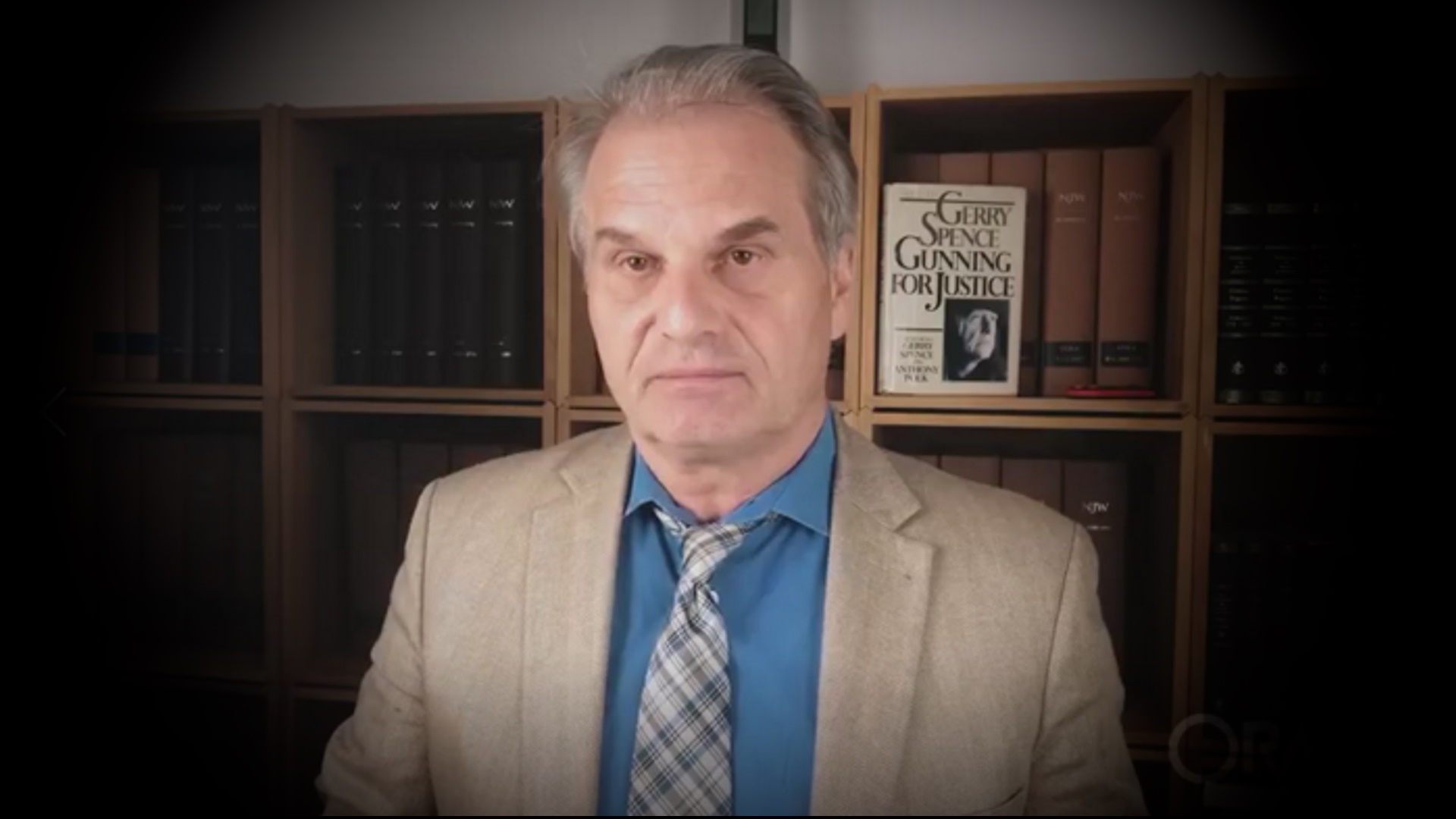 Reiner Fuellmich at Worldwide Freedom Rally in London: "Without Any Doubt the...

Reiner Fuellmich at Worldwide Freedom Rally in London: “Without Any Doubt the Dark Side Will Lose This Inhuman Battle Against Life and Creation” by Oracle Films July 29, 2021   ﻿ Video is available at Oracle Films Odysee and BrandNewTube... 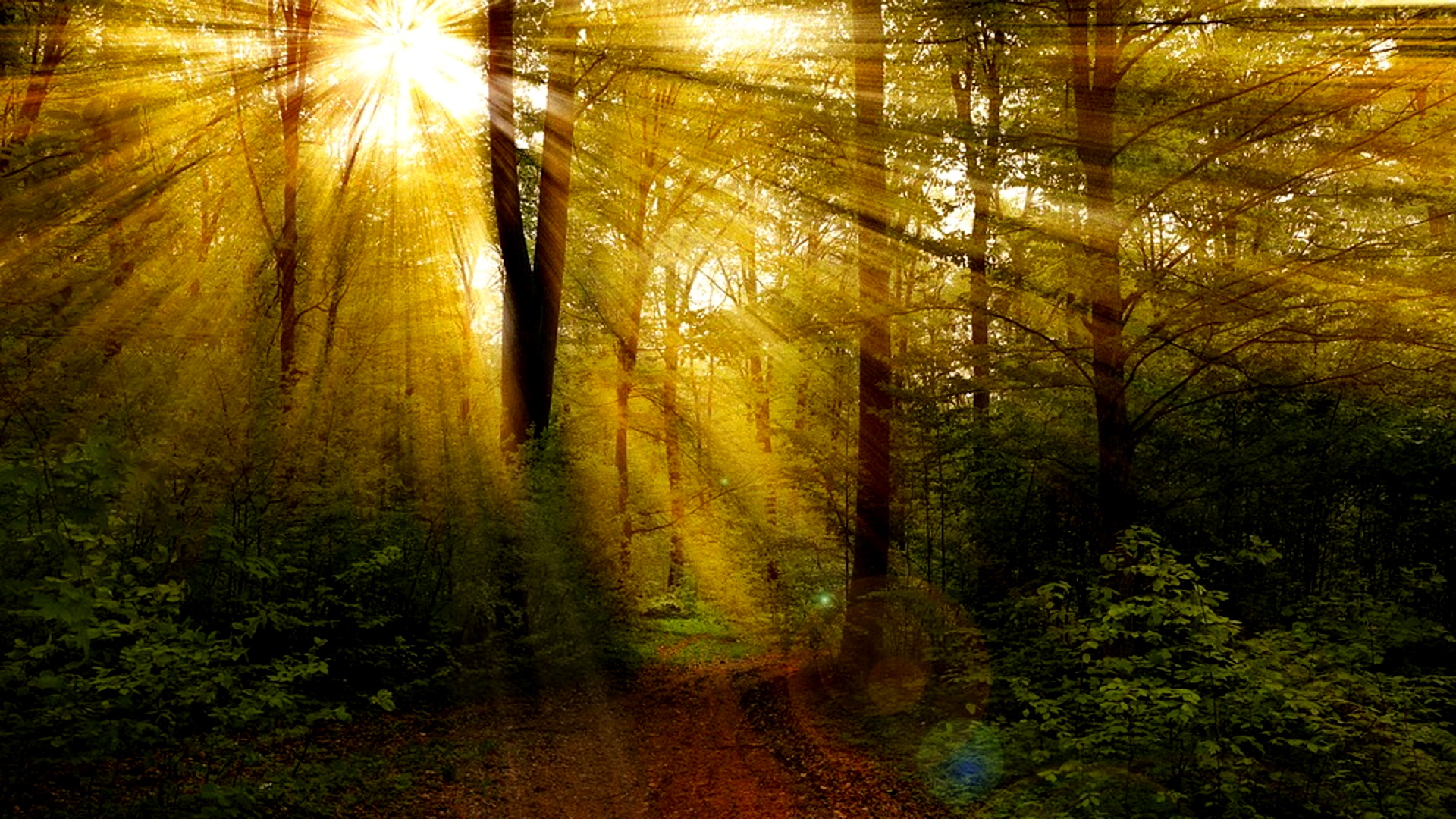 David Icke: It's More Powerful Than Anything Else - Truth Comes to Light

David Icke: It’s More Powerful Than Anything Else by Inspired August 15, 2021   ﻿ Original video available at Inspired YouTube channel. In the face of the adversity, the contrast and the great challenges we’re facing today, there is something...

LOVE is more powerful than anything else

Patrick King was Successful in The Good Fight

He did not win the court case - He won so much more:

“I Wasn’t Successful, No I did Not Win The Court Case” Patrick King on Press For Truth! 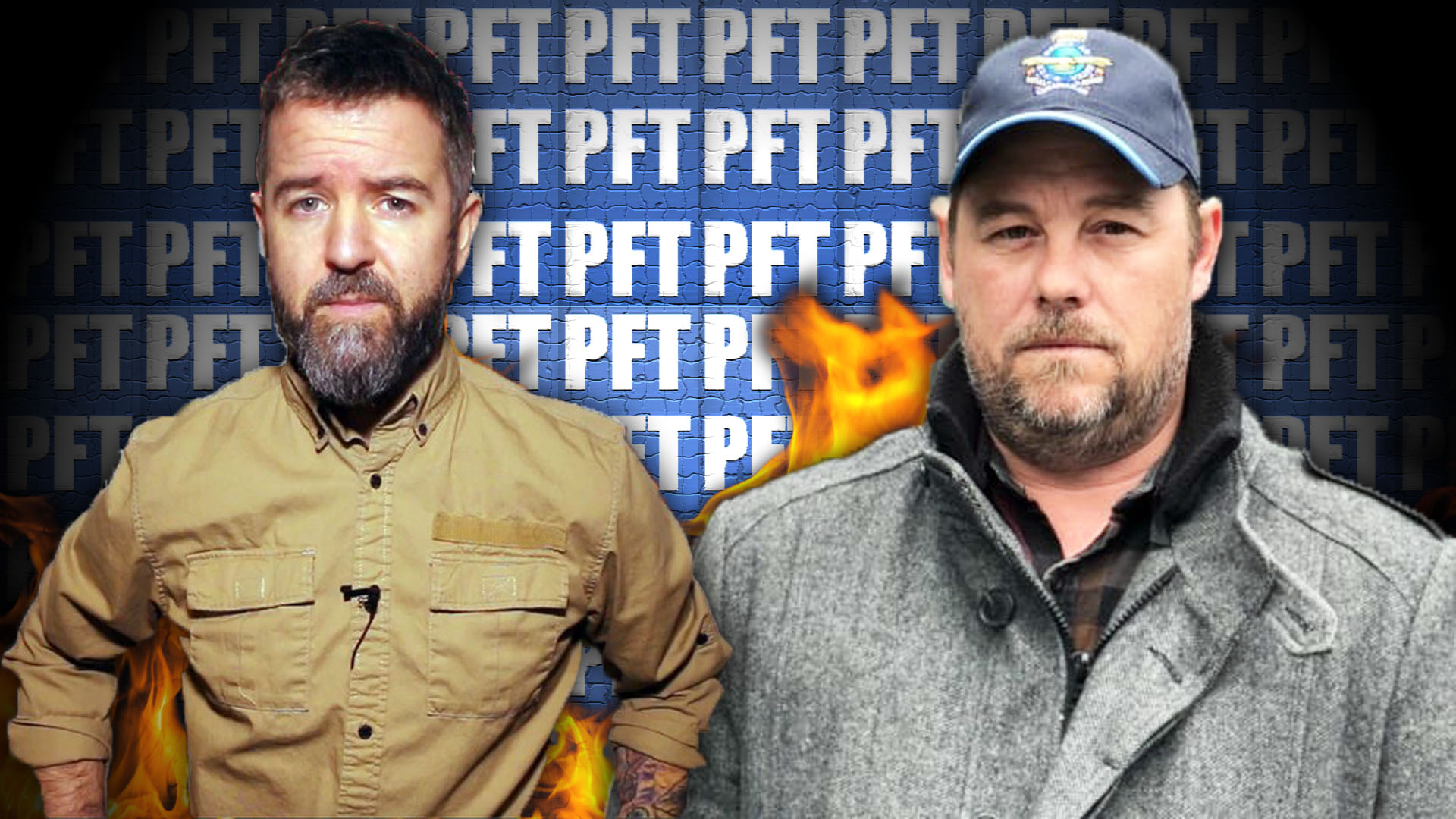 “I Wasn’t Successful, No I did Not Win The Court Case” Patrick King on Press...

Patrick King has been trending on twitter due to a viral video where it is claimed that the province of Alberta rolled back on their lockdown measures as a result of Patrick’s court proceedings and this is not true as Patrick states  “I Wasn’t... “I Wasn’t Successful, No I did Not Win The Court Case” Patrick King on Press...

Dr. Andrew Wakefield on isolating the covid virus.
Dr. Samantha Baily also speaks out about this.

THE EMPEROR HAS NO CROWN - NO CORONA - VIRUS!

THE EMPEROR HAS NO CROWN - NO CORONA - VIRUS!

See for yourself, non existent Corona! 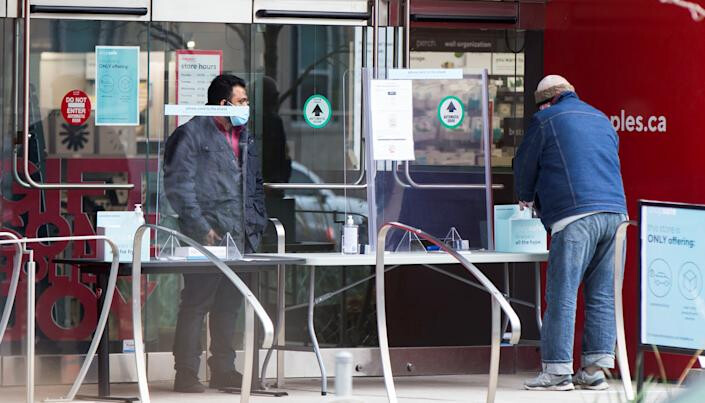 Last week, Alberta introduced 20 pages of regulations covering how many feet Albertans must stand apart, how many house guests they can have (none), and forbidding them from congregating in groups indoors. Winter is coming.

“Do not believe the hype,” she continues. “There is no crisis other than a staffing crisis that has been brewing for decades. Despite this, I expect to be terminated in the next three weeks for refusing to get the jab. I am a loyal, reliable employee that has not had a sick day in 2 years, yet I will be terminated.”

(Meanwhile Norway says Covid is the common flu, and will treat it as such.) Bubonic Plague in Australia, Ontario and Alberta. Common cold in Florida, Norway and Sweden. What gives? Globalist reach.