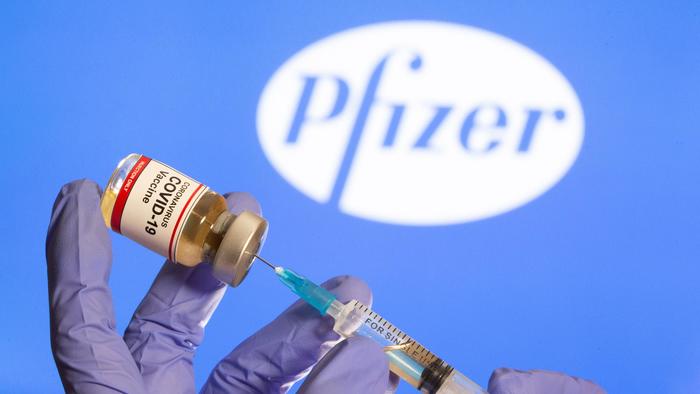 Pfizer is already quietly scrambling Friday as the COVID "variant of the moment" raises new questions about the efficacy of its vaccine (while the latest "data" shows Merck may have oversold its mulnupiravir drug as a "miracle cure" for the virus), it appears 26 new cases of the rare side effect known as myocarditis have been reported during the week ending Nov. 21.

There is also one new case of blood clots case linked to the AstraZeneca jab following receipt of the first dose.

The new case increased the total Thrombosis with thrombocytopenia syndrome (TTS) or blood clots cases to 164 out of 13.4 million doses. Of these 148 (81 confirmed, 62 probable) related to a first dose of and 21 to a second dose (six confirmed, 15 probable). Eight people have died as a result of blood clots – six of these were women.

Put another way, myocarditis is reported in one to two in every 100,000 people who receive Pfizer.

There have also been a total of 150 reports of suspected Guillain-Barre Syndrome (GBS) occurring after vaccination with AstraZeneca, a rare but sometimes serious immune disorder affecting the nerves.

Pfizer noted earlier that it's expecting a genetic breakdown of the "Nu" variant within 2 weeks.

Baum said the next few weeks of testing would be essential to determine whether Nu is more aggressive than delta. Lab tests could conclude BioNTech, Pfizer would have to reformulate their vaccine.

He noted one Hongkonger who was double Pfizer vaccinated experienced a breakthrough infection with Nu. The breakthrough cases are concerning as waning immunity from the COVID-19 vaccine continues as governments offer booster shots.

Baum spoke with Pfizer's CEO, Albert Bourla, who said it could take scientists 100 days to develop a novel variant vaccine to combat Nu.

What Could It be? UK Newspaper Reports, “Mystery Rise in Heart Attacks from Blocked Arteries”