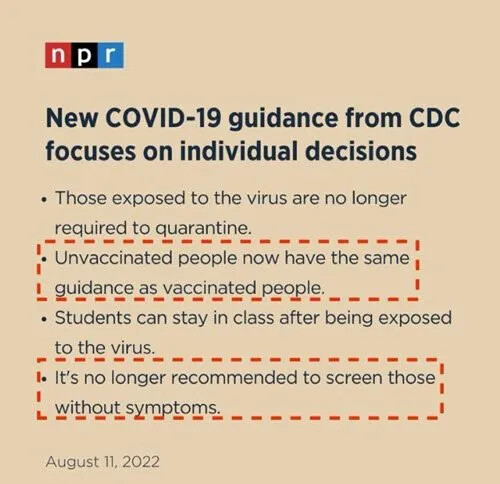 This is HUGE news folks. In bureaucrat speak, this is a near-complete cave-in to the actual facts:

If you managed to maintain your integrity through this awful period of time, congratulations! You are one of the rock stars of this story. You are a solid individual who has courage and stood firm and tall when it mattered most.

As for the people who didn’t, some can be forgiven. But many cannot.

Those who could have and “should” have known better? The doctors who failed to utilize known and proven early treatments to save lives? The public health authorities that locked people down and forced masks onto children’s faces without a shred of supporting science to back those decisions? Medical hospital administrators who took the monetary bait and forced patients onto toxic and deadly regimens of Remdesivir and ventilators (again, without any supporting evidence!). The NIH treatment panel that still – to this day – does not recommend vitamin D, or any of the other actual safe and effective early treatments?

Sorry, not sorry, those people need to suffer real and lasting public consequences. Some doctors should lose their licenses. Some bureaucrats need to lose their jobs while others need to go to trial.

I feel most acutely for those who got caught up and suffered terribly as a result. I feel truly awful for all the people prevented from being at a loved one’s passing, or who ,as a condition of continued employment, were coerced into getting Covid jabs they neither wanted nor needed.

There are far too many tragic cases out there. Far too many young lives were lost and continue to be lost. I am angry that it happened and at the petty, ignorant bureaucrats who forced it to happen. “Sudden Adult Death Syndrome” is a thing now, and the attempts to normalize it by the press have left me thinking that those companies and journalists who engaged in this ought to be barred for life from ever being in the business again.

Here are a few out of many such candidates:

One prominent case of an avoidable tragedy was that of 17-year-old Sean Hartman:

Dan Hartman is sure that his hockey-loving son died from a COVID vaccination, but he’s being told very little about what happened. The Ontario dad says he wants answers about the sudden death of 17-year-old Sean.

“I cannot grieve him properly without the truth. It’s different if someone dies in a car accident or disease or suicide. This is none of them—this is unknown,” said Hartman in an interview on NTD’s “The Nation Speaks” program aired on July 30.

According to the Beeton Athletic Association Cash Draw’s tribute to Sean, he began playing hockey at age 5 and went on to play for the TNT Tornadoes in New Tecumseth, Ontario, for three years before returning to his hometown of Beeton in his major Bantam year.

Due to the COVID-19 pandemic, the Ontario Minor Hockey Association implemented a policy that required players aged 12 and over to be vaccinated or risk not being able to play.

Hartman said that Sean decided to get the shot last August in order to continue playing, as hockey was his passion. In Ontario, there is no minimum age of consent under the Health Care Consent Act, which means youth of Sean’s age can get vaccinated without parental consent.

“So, on August 25, he had the Pfizer vaccine. And on August 29, he went to the emergency [room]—he had brown circles around his eyes, and a rash and he was vomiting,” Hartman said.

Video in link above. 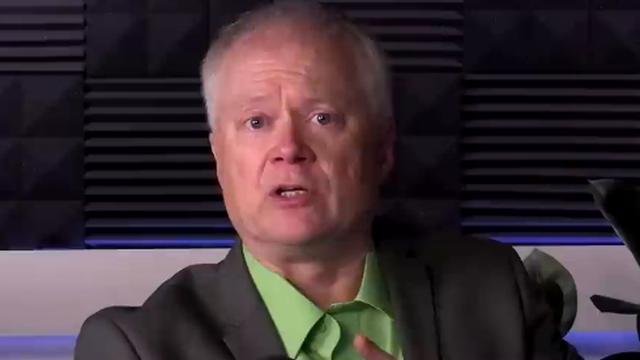 Unqualified For The Job - Time To Meet APs Fact Checkers Where is the NATIONAL APOLOGY to all the covid skeptics who were RIGHT?

For more updates, visit: http://www.brighteon.com/channel/hrreport NaturalNews videos would not be possible without you, as always we remain passionately dedicated to our mission of educating people all over the world on the subject of natural heal… 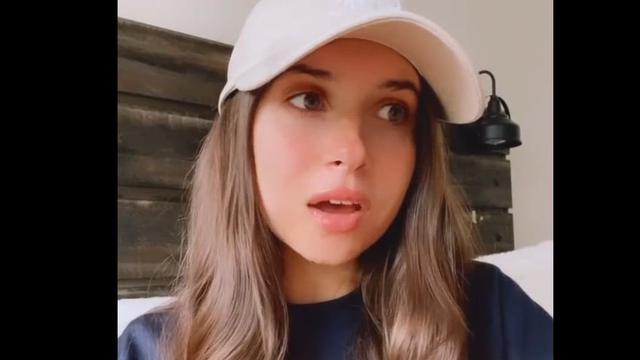 Don't let these SOBs CDC try to walk back on everything they ever did after...

Don't let these CDC SOBs try to walk back on everything they ever did after ruining millions of live https://www.bitchute.com/video/9SSEDFq5PiV4/ CDC VAX and UnVAX can now be treated the same Now https://www.healthline.com/health-news/updated-c… 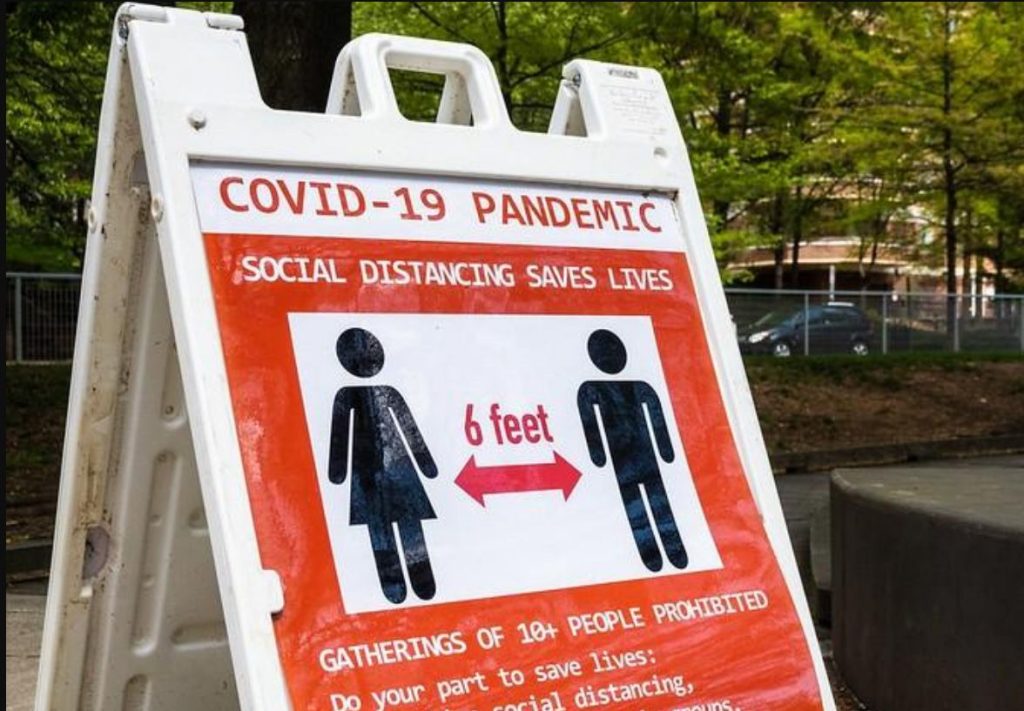 The Covid Experts Effectively Admit They Made the Whole '6-Feet Social...

The Science™ took another serious blow on Tuesday, as one of the most persistent, but ridiculous Covid myths was essentially debunked by one of the nation’s foremost public health experts. Dr. Ashish Jha, the Biden White House’s Covid response...

The Science™ took another serious blow on Tuesday, as one of the most persistent, but ridiculous Covid myths was essentially debunked by one of the nation’s foremost public health experts.

Dr. Ashish Jha, the Biden White House’s Covid response coordinator, effectively admitted the “six feet of social distancing” thing was entirely made up. Dr. Jha made the admission in a video called “Path Forward” for the Chamber of Commerce on Tuesday.

Allowed only for people at higher risk of becoming severely ill. 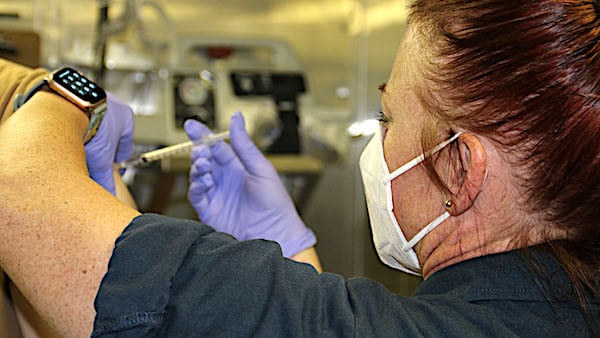 Denmark already has banned mRNA COVID shots for almost everyone under 18, and now the European nation has increased the age to 50.

Denmark already has banned mRNA COVID shots for almost everyone under 18, and now the European nation has increased the age to 50.

Danes under 50 will be allowed to receive the vaccines only if they are at "higher risk of becoming severely ill from COVID-19," the Danish Health Authority said, reported investigative reporter Alex Berenson.

With a large wave of COVID-19 infections expected in the coming months, it's clear that Denmark believes most people are better off getting the disease than the shot, Berenson surmised.

"The Danish move is particularly significant because Denmark has an excellent national health care system and has aggressively collected data on Covid and vaccines," he wrote on his Substack page.

Britain has ended mRNA shots for nearly all children 10 and under.

Meanwhile, American universities, such as the University of California-Davis, continue to require students to receive additional mRNA shots this fall, Berenson noted.

In this case, it's the "bivalent" COVID vaccine update that was authorized by the Food and Drug Administration based on data from a handful of mice.