Western Civilization Is Ceasing to Exist 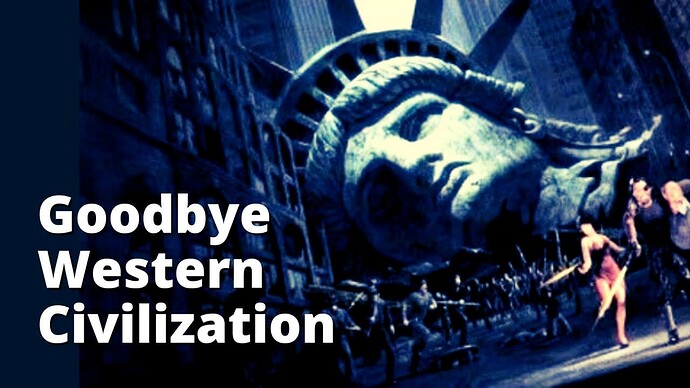 by Paul Craig Roberts - Western Civilization Is Ceasing to Exist |

I often explain that we are losing civilization. The risks come from many sources. Among them is the growing risk of nuclear war; the rising police state in which behavior protected by the Constitution is criminalized despite the Constitution; unity supplanted by a Tower of Babel; fomented race and gender hatreds that serve Identity Politics; soil destroyed by glyphosate with consequent reduction in the food value of plants and meat and milk from animals fed GMO products; the corruption of science and education; rejection of the accumulated culture in literature, art, music, morals, and behavior; drastic policies to remedy perceived threats, such as climate change, that might or might not be real; ideological-driven reshaping of society such as the World Economic Forum’s Great Reset; intentionally created and released plagues for the purpose of population control; the weaponization of weather.

The long assault on religion has given satanic forces free range.

The corruption of science is today’s topic. Science is based in the search for truth and in the integrity of the searcher. This basis is fragile and corruptible. If science is perceived as racism and a tool of white supremacy, science looses its authority among those who perceive it in this way. If gender depends on self-declaration and not on body parts, biology is cast away, just as Lysenko’s genetic Marxism destroyed Soviet genetics in the early part of the 20th century. Ideology is the enemy of science, and we again see the suppression of science by ideology in the prohibition of inquiry into the genetic basis of intelligence.

The greatest corrupter of science is money. Today scientific experiments cost a lot of money. They can no longer be funded by the budgets of university physics, chemistry, biology, and astronomy departments. Funding comes from outside, and this opened a pathway for the interests of funders to enter the process. Federal money to education contained all the threats, and more, that conservatives predicted, and corporate and foundation money bought even more threats.

The funding not only affects what is researched but also the findings. A large percentage of US physicists and chemists are engaged in weapons research and can take no position, such as questioning the official 9/11 narrative, that threatens their funding. Psychologists help the CIA hone torture techniques. Anthropologists aid the CIA in developing methods of controlling populations. Virologists develop biological weapons. Business schools develop advertising propaganda. The list goes on.

As we have learned from Covid, NIH and Big Pharma finance most medical research. As the money comes from these sources, these sources determine what is researched and the conclusions. One product of this financing was Covid itself and the protocols preventing effective treatment that were imposed on doctors for the sake of Big Pharma’s Covid “vaccine” profits and unconstitutional government mandates that further marginalized freedom.

Science careers depend on publication. When the funding comes from those with commercial or profit interests in research results, the funded scientist is in a conflict of interest situation. Pleasing the funders is necessary for the continuation of funding, just as an elected representative responds to the interest of his big campaign contributors.

The problem of how science is funded has, like the problem of how elections are financed, reached a critical stage that is destroying the integrity of science as these statements by editors of the two most prestigious medical journals prove:

“It is simply no longer possible to believe much of the clinical research that is published, or to rely on the judgement of trusted physicians or authoritative medical guidelines.” — New England Journal of Medicine Chief Editor Marcia Angell, M.D.

“Much of the scientific literature, perhaps half, may simply be untrue . . . flagrant conflicts of interest . . . science has taken a turn towards darkness.” — Lancet Chief Editor Richard Horton 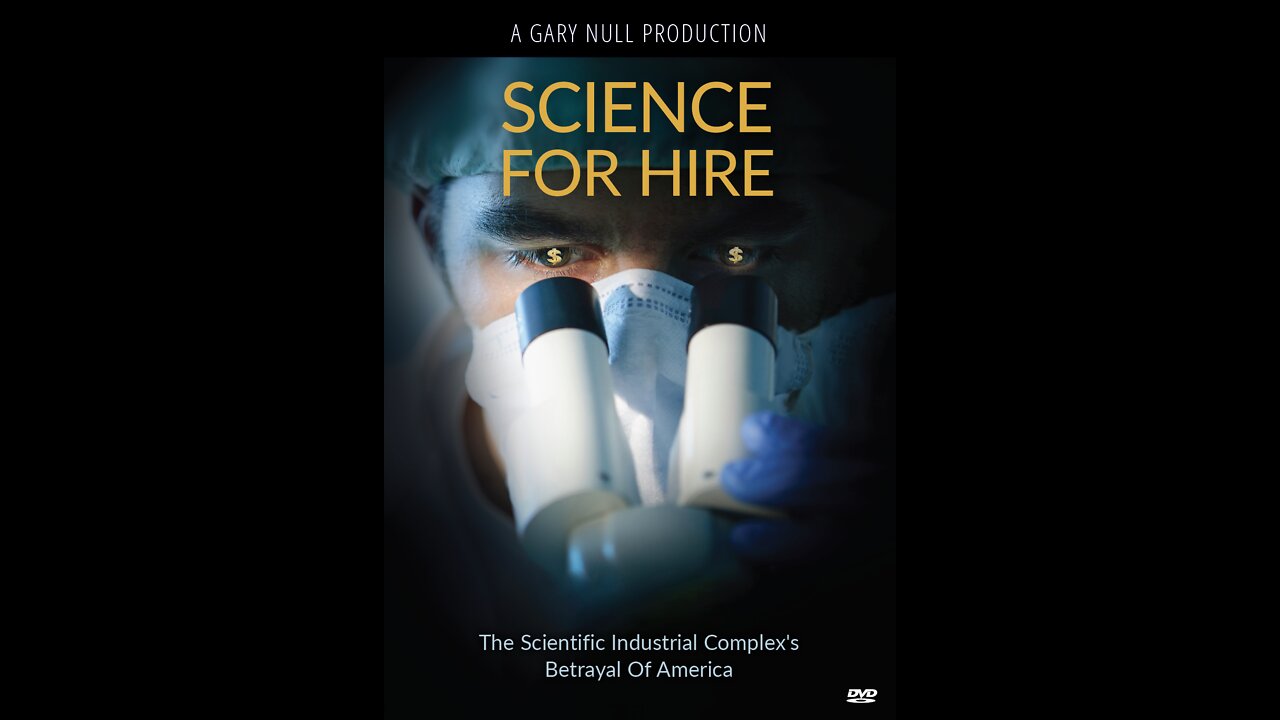 Science for Hire takes us on a journey through the most critical scientific issues that directly affect our health and well-being, shedding light on the hidden secrets of the scientific, pharmaceutica

explains that today science is bought and devoid of integrity. This has happened because of the collapse of scientific culture. Money takes precedence over integrity and truth.

If career pressures on scientists are sufficient to move aside integrity and commitment to truth, what is happening elsewhere in society where the governing standards are weaker?

Science is a foundational basis. If it is destroyed, as is happening in front of our eyes, the civilization is destroyed.

1 Timothy 5:17 Charge them that are rich in this world, that they be not highminded, nor trust in uncertain riches, but in the Living God, Who giveth us richly all things to enjoy;
5:18 That they do good, that they be rich in good works, ready to distribute, willing to communicate;
5:19 Laying up in store for themselves a good foundation against the time to come, that they may lay hold on Eternal Life.
5:20 O Timothy, keep that which is committed to thy trust, avoiding profane [and] vain babblings, and OPPOSITIONS OF SCIENCE (knowledge) FALSELY SO CALLED:
5:21 Which some professing [to have] have erred concerning the faith. Grace [be] with thee. Amen.

For those who have trouble with Rumble, here's a BitChute link: 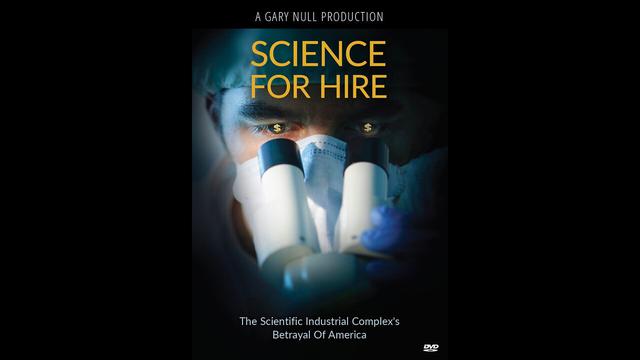 Oct. 11, 2022. "Science For Hire" is a superb 2 hour documentary that takes us on a journey through the most critical scientific issues that directly affect our health and well-being, shedding light on the hidden secrets of the scientific, pharmace…

The greatest corrupter of science is money. Today scientific experiments cost a lot of money. They can no longer be funded by the budgets of university physics, chemistry, biology, and astronomy departments. Funding comes from outside, and this opened a pathway for the interests of funders to enter the process. Federal money to education contained all the threats, and more, that conservatives predicted, and corporate and foundation money bought even more threats.

And to a lesser degree the same is happening to media. As nice and welcoming as it may be that Elon Musk is buying 'Twitter', Donald Trump establishes 'Truth Social', and more recently Kanye (now named "Ye") seeks to purchase 'Parler', these three are extremely wealthy and their influence is vast not only because of their ideas but because of the extreme wealth and that is not how it is supposed to be under God. Money talks and at the end of the day it rules. Their efforts are appreciated, but to get one's voice heard can be like rowing against the tide.