W.H.O. Whistleblower Dr. Astrid Stuckelberger: They Want To Break Your Blood-Brain Barrier, Destroy Your Brain, Enslave Your Mind, Steal Your DNA, Chip You and Upload Everything You Do into the Cloud

Source, Planet Lockdown: https://rumble.com/vhyx79-astrid-stuckelberger-global-corruption-planet-lockdown.html This interview with WHO whistleblower Astrid Stuckelberger pprovides insight into the inner workings of the organization. She worked on...

Professor Astrid Stuckelberger on why they want to access the blood brain barrier.

Dr. Stuckelberger talks about mRNA-“vaccines” being bioweapons, and about the eugenics and depopulation agenda behind it all. She also mentions specifically the PCR-test, and how it affects the pineal gland.

The pineal gland was described as the “Seat of the Soul” by René Descartes (French 17th Century philosopher) and it is located in the center of the brain. The main function of the pineal gland is to receive information about the state of the light-dark cycle from the environment and convey this information to produce and secrete the hormone melatonin – which is giving humans senses and sensibilities. Reducing or eliminating these unique capacities, makes us humans vulnerable to “robotization”.

She asserts that if there wasn’t a deeper agenda behind the PCR-test, there would be no need to stick a test-swab deep into your sinuses where it touches a thin membrane that separates the sinus cavity from your brain. A saliva sample would be enough. The question raised by Dr. Stuckelberger (yet to be fully corroborated) is whether they are putting a toxic substance into your brain – which affects the pineal gland?

Dr. Stuckelberger also mentions the plan of nano-chips being implanted with the mRNA-type gene-therapy.

Article continued at the link. Video link above is from the Planet Lockdown interviews.

Dr. Astrid Stückelberger, a Swiss public health expert, has been conducting and evaluating scientific research for policy-makers such as the WHO and the EU for 25 years. She is our hero for exposing serious corruption at several international organizations, including the WHO and GAVI. She has also been interviewed by the Corona Extra-Parliamentary Inquiry Committee.

Thank You for sharing. 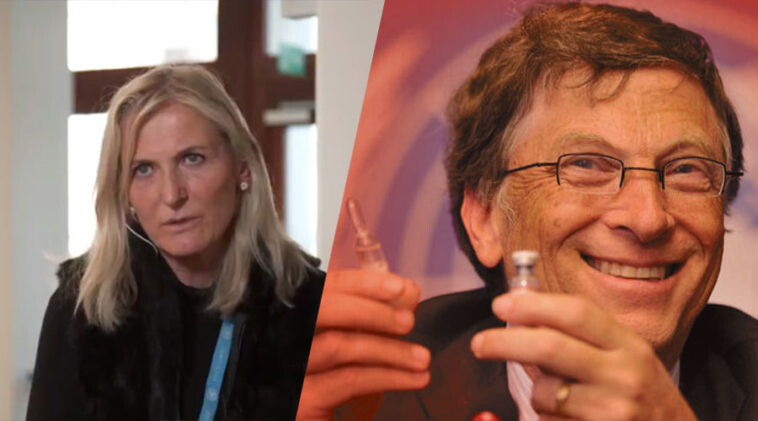 WHO Whistleblower Warns ‘We’re Living in a Pandemic of LIES' — 'We've Been...

A World Health Organization whistleblower has gone on the record to warn that the WHO has been taken over by hostile entities such as Bill Gates who are perpetuating a ‘pandemic of lies’ in order to enslave humanity.

In an interview with a Norwegian newspaper, Astrid Stuckelberger said the pandemic was orchestrated by the world’s elites in order to usher in a ‘New World Order’ and control the population.

Freewestmedia.com reports: “It was special: Organizations such as GAVI – the Global Alliance for Vaccine Immunization led by Bill Gates – they came to WHO in 2006 with funding. Since then, the WHO has developed into a new type of international organization. GAVI gained more and more influence, and total immunity, more than the diplomats in the UN. GAVI can do exactly what they want, the police can do nothing.”

The WHO underwent an audit in 2014 and after that, it became more like a company with countries as its subsidiaries.

“When I worked with international relations in the WHO in 2013, I saw that GAVI came in more and more. GAVI presented a global action plan for vaccination 2012-2020. That is, eight years where GAVI had everything in their hands. Bill Gates handled the vaccination, he took over.”

The WHO wields enormous power over countries, she said. “Before, all countries were free. But now, when I do interviews around the world, I see that each country is part of a ‘WHO company’. WHO is no longer a democratic member organization, like the UN. The various governments form the basis of the ‘enterprise’. It logically agrees with what is happening now, since the ‘companies’ want money, business, and to control people. It’s like slavery. The taxes we pay, they go to governments that are subject to ‘the company’. Under the multinational organizations, such as GAVI.”

Contract between GAVI, the World Bank and the WHO

“GAVI, the World Bank and the WHO entered into a contract called IFFM: International Facility Finance for Immunization. Our countries, our people, pay to the WHO, the World Bank and GAVI to carry out their immunization programs. Which means vaccinating the entire population. When you see the plan from GAVI, you see that from 2012 to 2020 they have had this as a goal. But then it did not work, they had to create a pandemic.”

She said the pandemic was most certainly planned. ” You can see this from all the documents. Everyone can analyze them, they are in the open, right in front of our eyes.”

She pointed to research by Professor John Ioannidis at Stanford University showing that mortality in 2020 was not higher compared to other years. “It’s a lie, and no pandemic. The WHO accepts that mortality is not higher, yet they have not declared the ‘pandemic’ to be over,” she added.

Stuckelberger said she did not view herself as a whistleblower, but an expert in public health, medicine and science. But Gates’ minions have declared war on her. “The universities of Geneva and Lausanne have stopped all my courses. I’m on trial, they’re attacking me. They want to revoke my medical license, they’re trying to say I’m not competent, that I’m lying. This applies to all researchers who say this, we are now several doctors who warn of death after vaccination. It is dangerous for professionals to talk about it.”

The former WHO employee laughed wryly about the role of the media in spreading lies. “Media is paid for by the multinational ‘companies’. I call them international pirates. And the media controls the governments. The media must become independent, they must help the population to obtain free information.”

A number of studies and doctors have highlighted that there is treatment for Covid-19.

Stuckelberger, who lives in Geneva, believes the solution is to go back to ancient community life: “We must organize a parallel social system. We have to go back to the ‘Viking Age’. It has come to Switzerland, many things here now have roots in Viking times. I think about it a lot – in Norway one can go back to agriculture.”