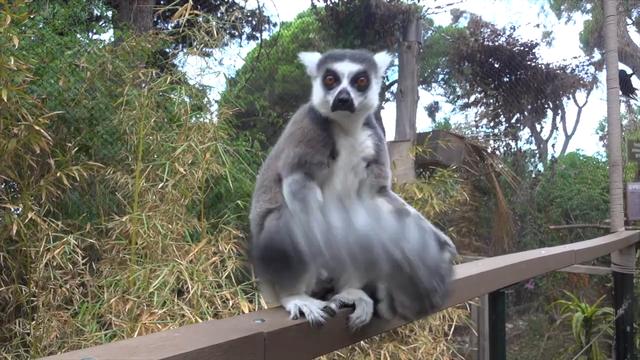 Further research on the post/thread at Defending-Gibraltar that contains this video: Visiting the Alameda Animal Conservation Park in Gibraltar https://defending-gibraltar.net/t/visiting-the-alameda-animal-conservation-park-in-gibraltar/4335 To surv…

On his recent visit to Gibraltar, Discover Animals' videographer Geoff Moore spent time at the Alameda Animal Conservation Park, one of the smallest members of BIAZA (British Association of Zoos and Aquariums).

In this short film, he speaks to Jessica Leaper, Wildlife Park Manager, about how the park was first set up to house a selection of animals that were found on ships passing through the Straight of Gibraltar - some illegally trafficked and some destined for animal testing.

The Alameda Wildlife Conservation Park, an oasis for exotic species in Gibraltar. Nestled in the beautiful Gibraltar Botanic Gardens, it is home to a collection of exotic species of primates birds and reptiles many of which endangered.

We care for exotic animals confiscated by Gibraltar customs, unwanted exotic pets and animals such as the Cotton-topped tamarin, on loan from international Zoos, to raise awareness of important endangered species through conservation education.

An essential role of the park is the conservation of threatened species. Partaking in international conservation projects supporting species in the wild.

Through selected captive breeding programmes, we also hope to play an important part in the international effort to conserve rare and endangered species.