Japan, 2077: A female agent named Vexille is dispatched to Tokyo to investigate whether Japanese are developing robotic technology, which has been banned by the U.N. due to its potential threat to humankind. 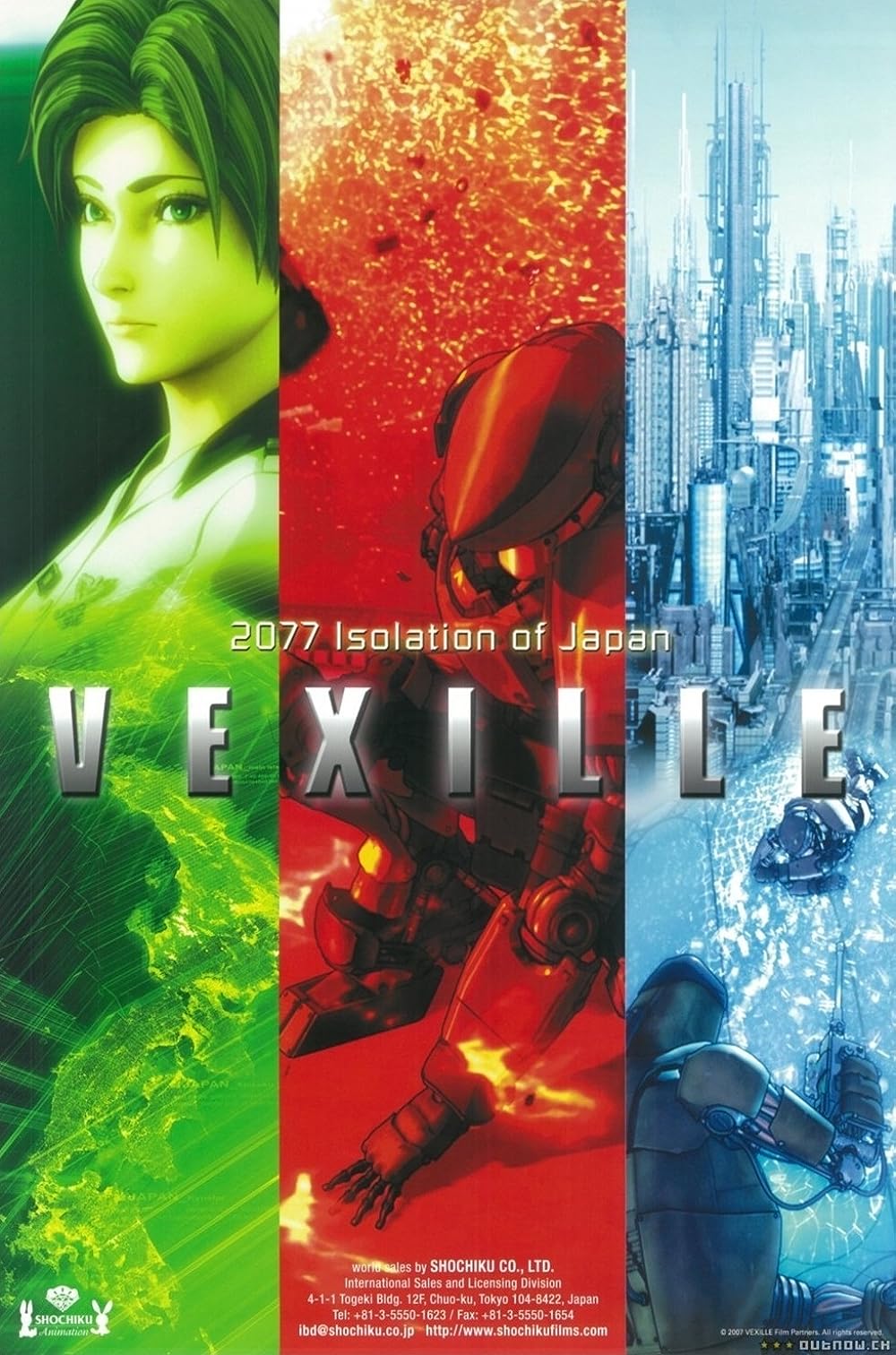 By the 2060s, robotics technology has become extremely advanced, including cybernetics. World opinion begins to turn against robotics, leading to the U.N. declaring a unilateral ban on further research in 2067. Japan, being home to robotics pioneer Daiwa Heavy Industries, strongly protests this ban, but is unable to prevent its passage. In protest, Japan withdraws from international politics. All foreigners are deported, and further immigration is prohibited. In addition, the R.A.C.E. network is ...

A clip (8:49 minutes) that elaborates further: 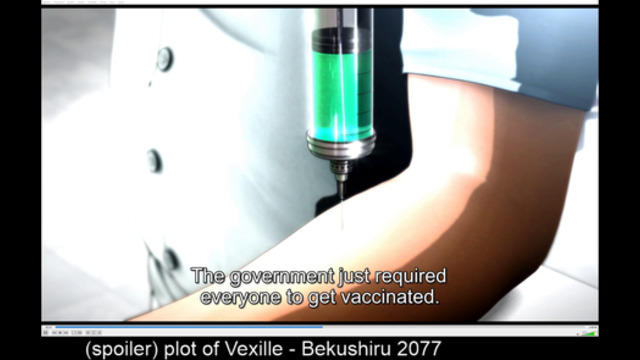 Vaxville: The Total Enslavement of the Human Race Engineered by Kill Gates and Satan Klaus

Did a 2007 Japanese cartoon about a vaccine that was used to enslave humanity predict the future? Or was it, asks Jeff Berwick, just used to gauge the public’s response to such an idea? Vaxville: The Total Enslavement of the Human Race Engineered by Kill Gates...

An Early Warning Cartoon: How to Take Over The World

premonitory cartoon 1930 "introduce a Weaponised Influenza" "Flood Newspapers and Radio with Death" "Shut Down Shops and Churches" "Use Law Enforcement To Stifle Dissent" "Parade The Sick And the Dead" "Inject a Vaccine To Sterilise The Work shy and Euthanize the Old" "the People who Own the Banks now owns the hospitals. This is Their Plan To Own YOU"

The funniest video and cartoons for your kids. A safe place for your youngster, completely free, watch instantly.

'UK viewers are reminded that policing strategy and training is to be on a global basis.

'The Ryton Hydra Suite was commissioned and licenced in 2007 and is one of three College of Policing Hydra Suites in the UK situated on a multi-purpose secure site that is staffed 24/7.

'The site is capable of delivering high quality training events, workshops, key briefings, conferences and seminars to a wide range of policing and public sector audiences.

'It provides a 354 bed residential site with quality, ensuite facilities plus state of the art simulation facilities and a 250 seat conference centre.

'There are currently international Hydra suites in the U.S.A. Canada, Australia and Ireland.

'All of these suites deliver their own bespoke exercises.

'For example, the LAPD suite run Counter-terrorism exercises, and the suite in New South Wales run a pandemic exercise.

'In line with standard Hydra practice, the international suites also build on the knowledge and experience of colleagues across the globe.

'With the advent of Hydra in the Cloud, the possibilities for further linking up these multiple sites are exciting: For example, a Hydra exercise could begin in one suite in London, the storyline could then move to Ireland, then America, and could finish in Australia.'

'There are now 84 Hydra and Minerva suites around the world and coverage across the UK is extensive.

'Across the world, Hydra is opeating in Ireland, LAPD, and there are three Police installations in Australia, in Victoria,, Perth and the Australian Federal Police at Canberra.

'FLETC, The Department of Homeland Security USA, has a suite in its Training Centre in Georgia.

'There are strong partnerships with a number of universities across the UK.

'The community is an active one, the Hydra licence ensures that all Hydra courses are available, free of charge, to all Hydra suites.

'There is a dedicated Hydra User Group that supports all suites through the Hydra Foundation website.

'There are regular Hydra User Group meetings at various locations around the UK, with international representatives attending, either in person or via video links.'

Hydra a curious choice of name for a global policing initiative.

Welcome to the Hydra Foundation. https://www.hydrafoundation.org/

This debrief took place in the middle of the Covid 19 crisis and was commissioned to elicit responses from members of Local Resilience Forums that could be acted on during the crisis, as opposed to the more usual post incident debrief of lessons learned for the next crisis. The Hydra Foundation has subsequently delivered several similar de-briefs for the Metropolitan Police, the Welsh Assembly and the Northern Ireland Executive. A further interim LRF debrief has been delivered and a safeguarding debrief with education professionals was also delivered recently.

There is no terrorist organization more malevolent, nor influential, than Hydra. Having some of the most evil villains in history among its ranks, Hydra has been wreaking havoc around the globe since World War II.

To combat this threat, S.H.I.E.L.D. rose up as its equal, but opposing, organization. Despite the heroic forces resisting Hydra’s efforts, the dark syndicate continues to sow chaos and disorder across the world.

Hydra’s name refers to the mythical many-headed Greek creature, and Hydra agents are known to say that if you cut off one head, two more shall take its place—just like the serpent beast once defeated by Hercules. The battle cry of “Hail Hydra!” is another iconic saying within the organization, along with the green and yellow uniforms its agents often wear.

Like the many-headed serpent it was named after, this evil organization dedicated to subverting the world order endures despite various defeats. 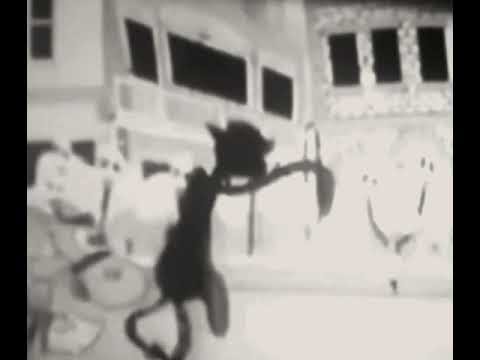 How to Take Over The World - HYDRA

... 'Hydra attempted to blackmail the world with a biological weapon. 'This group is comprised of the most brilliant criminal scientists on ...

The article includes a video (The Corbett Report - approximately 1 hour) . 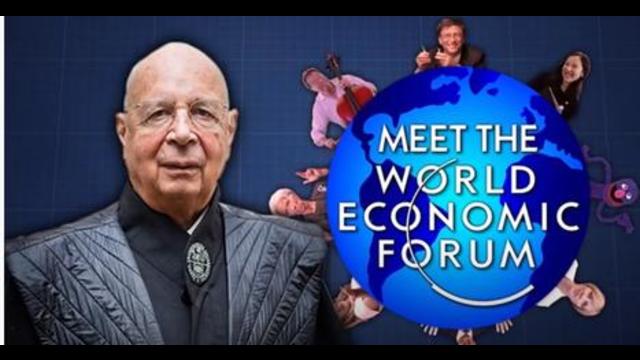 MEET THE WORLD ECONOMIC FORUM https://www.bitchute.com/video/0Vli7VGPcaaT/ New World Order, Global Reset, Build It Back Better You will own nothing and be happy, Why own when you can rent the service like cellphones, rent refrigerators, washe…