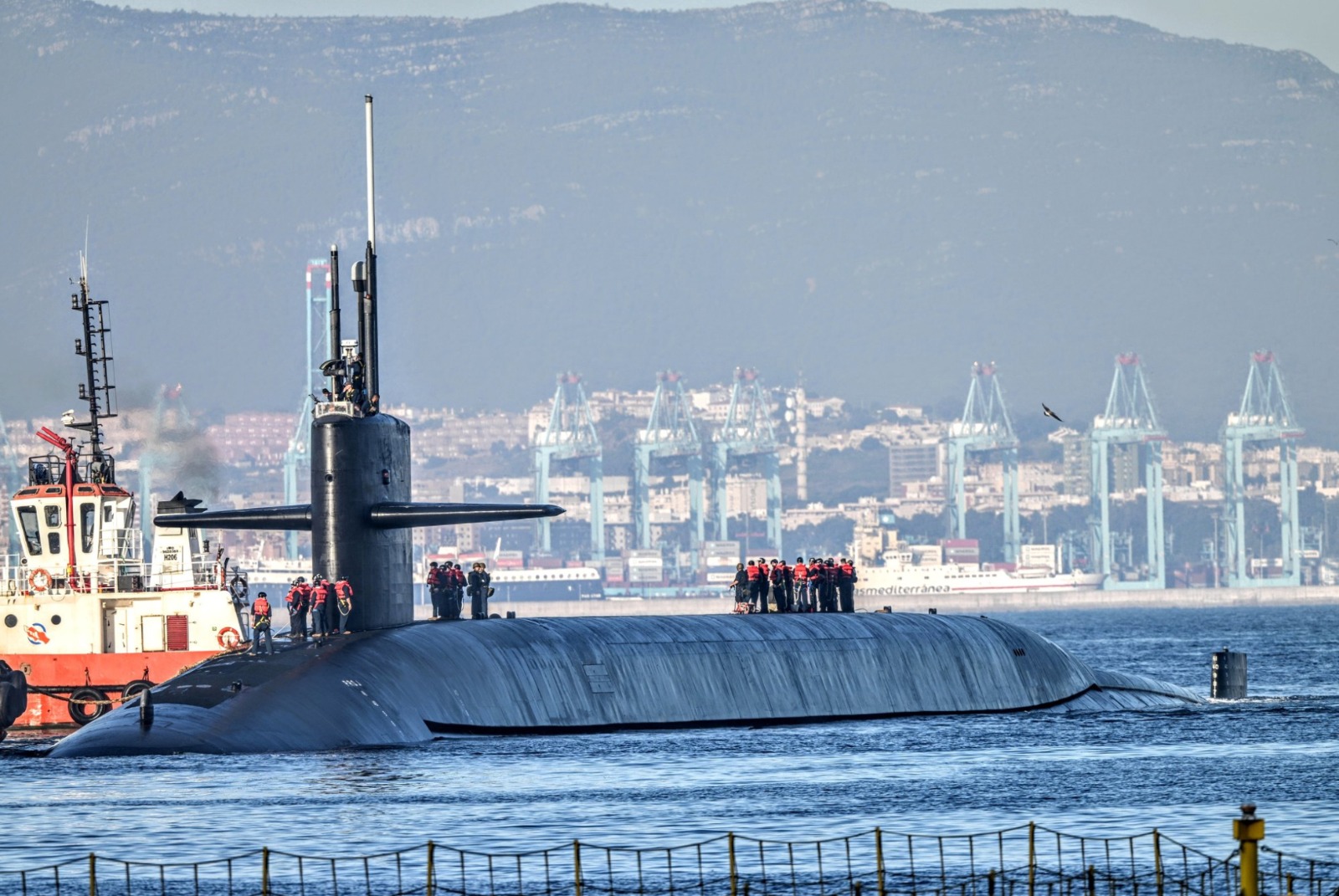 US submarine docks in Gibraltar as British minister underlines Rock’s...

A UK minister this week underlined Gibraltar’s “inescapable” military value in a volatile world, signalling too the close attention that the Ministry of Defence is paying to the ongoing UK/EU treaty negotiation as he stressed “there will be n...

A UK minister this week underlined Gibraltar’s “inescapable” military value in a volatile world, signalling too the close attention that the Ministry of Defence is paying to the ongoing UK/EU treaty negotiation as he stressed “there will be no compromise” on sovereignty.

James Heappey, the UK Minister for Armed Forces and Veterans, was speaking at a reception hosted by the Gibraltar Government in London’s Shard building, addressing guests who included diplomats, MPs, peers and former governors, as well as the Gibraltar delegation led by Chief Minister Fabian Picardo.

And as if to underline the message, hours after the speech a US Navy ballistic missile submarine docked in Gibraltar in a rare visit that the US said reinforced its “ironclad” commitment to allies in the region.

The minister’s comments and the presence of the US submarine in Gibraltar come at a delicate juncture in the UK/EU negotiations for a treaty on Gibraltar’s post-Brexit relations with the bloc, with technical discussions ongoing as negotiators prepare for the next formal round of talks.

Defence matters do not form part of the UK/EU negotiation, but the UK and Spain are separately engaged in a bilateral negotiation on strengthening their military cooperation. 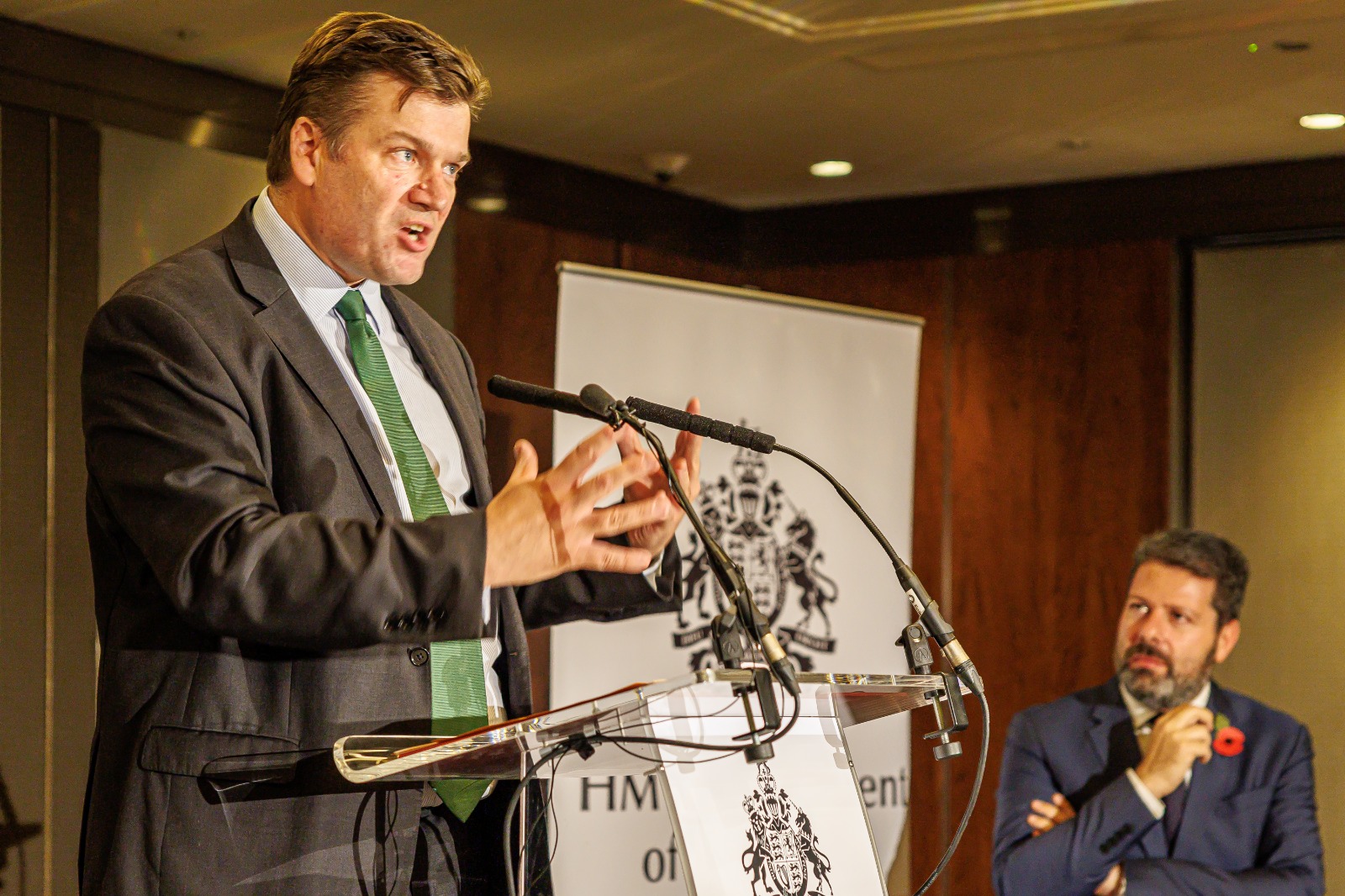 On Monday night, Mr Heappey quipped he had been briefed by the Foreign, Commonwealth and Development Office to be “very precise in my language around EU negotiations” for fear of “setting the hares running”.

It was a light-hearted comment at first blush, but it left no doubt as to the sensitivity of the negotiation and the delicate balance between the treaty goals, the UK’s defence interests and Spain’s longstanding unease with British military activity on the Rock.

“Good progress is being made on something that is very complex,” Mr Heappey said of the negotiation.

“Because the bases in Gibraltar are of huge strategic importance, not just to the United Kingdom but to Europe as a whole.”

In a speech littered with anecdotes that drew laughs from guests, Mr Heappey highlighted Gibraltar’s role as a staging post for UK armed forces operating east into the Mediterranean and beyond, and south into the Gulf of Guinea and the Atlantic.

He said Gibraltar’s importance stemmed not just from the naval base but also from the airfield and other military infrastructure on the Rock.

And he offered a rare insight into that role set against the backdrop of the war in Ukraine and increased Russian activity in the Mediterranean and the Atlantic. 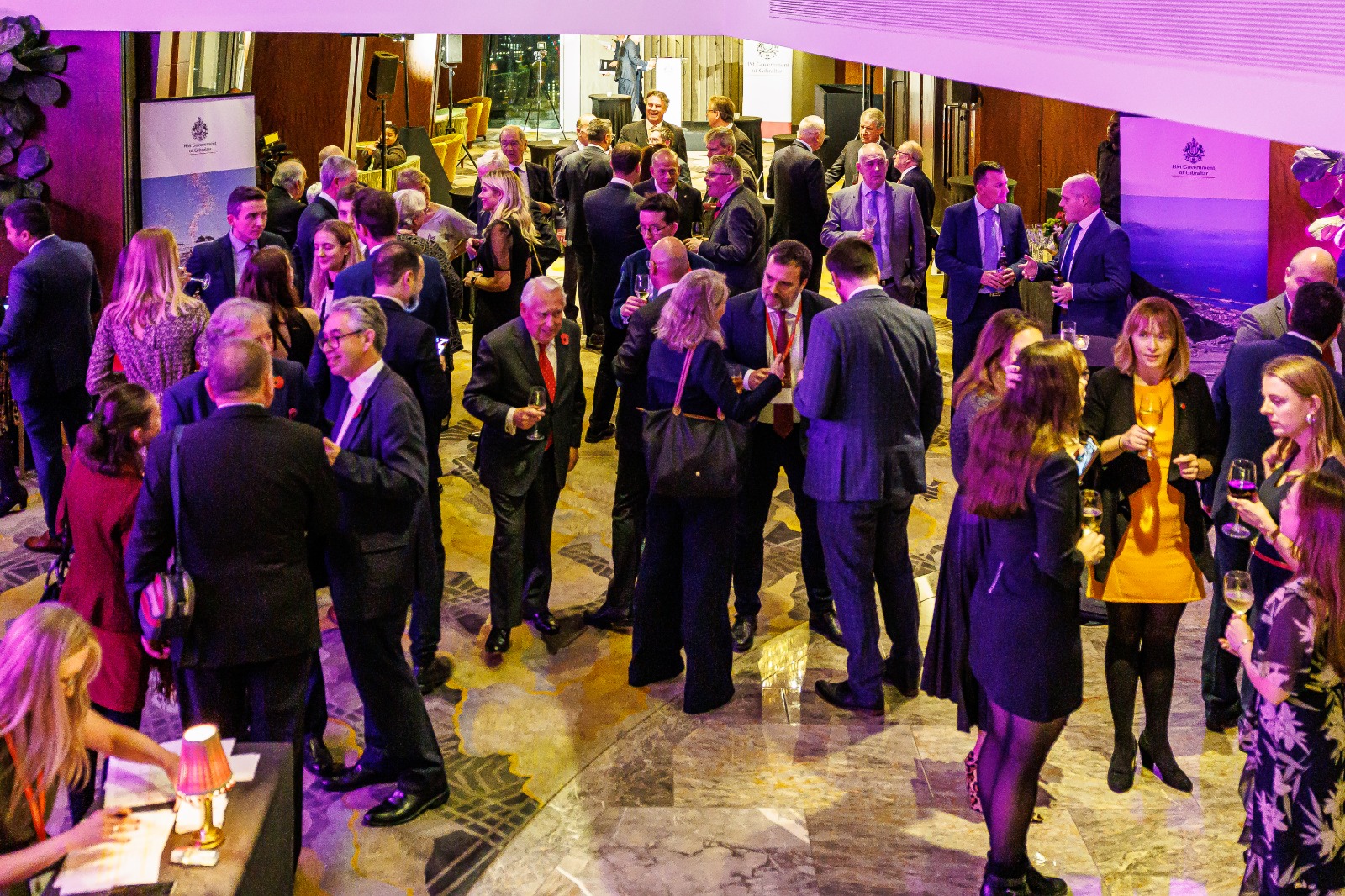 On Tuesday morning, his message was starkly illustrated as a US Navy nuclear-powered ballistic missile submarine sailed into Gibraltar under escort from specialist Royal Marine boats shipped to Gibraltar for the occasion.

Vessels of this type rarely surface after leaving port and its presence in Gibraltar sends a clear signal about capability, a message underscored by the US Navy itself on Tuesday.

Ohio-class submarines are able to patrol continuously as a key element of the US nuclear deterrence force.

“Rhode Island’s port visit to Gibraltar reinforces our ironclad commitment to our allies and partners in the region,” said Captain John Craddock, commander, Task Force 69, in a statement issued by the US Navy.

“The US and UK share a strong history of cooperation, through exercises, operations, and cooperation activities such as this, that enhance our combined capabilities and partnership.”

“The complexity, lethality, and tactical expertise of Rhode Island epitomizes the effectiveness and strength of the submarine force.”

In London on Monday night, just hours before the submarine arrived in Gibraltar, Mr Heappey was equally clear.

Gibraltar, he said, “is inescapably a very strategic piece of geography.”

"The Gibraltar straits are a bottleneck through which a huge amount of commercial traffic passes, and that must be secured from countries that have malign intent."

"But so too is it an importance place from which we can monitor the movements of our competitors and adversaries."

"None of that should stop Gibraltarians choosing their own path, but I know…Gibraltarians are hugely proud of the relationship that you have with the Ministry of Defence and the UK Armed Forces."

"So for all the complexity of the EU deal, I am absolutely confident that you will end up in a place where Gibraltar and the UK can continue to have this relationship that is in our mutual interest and that you can continue to be a much valued part of the United Kingdom family."

Mr Heappey also spoke of discussions with the Chief Minister in 2020 after he was shown Gibraltar’s plans to reclaim a large swathe of the harbour as part of the Victoria Keys project.

Those plans, he said, would have restricted the scope for naval activity in the base, adding he suspected they were “deliberately designed to agitate”.

Mr Heappey said he asked the Chief Minister what could be done to stop the reclamation impacting on the base and was told by Mr Picardo, “if you use it, you won't lose it”.

Since September 2020, 20 Royal Navy ships have made a total of 72 visits to Gibraltar and six Royal Fleet Auxiliary vessels have made a further 20 visits, the UK minister said.

Additionally, HMS Trent is now permanently based in Gibraltar.

“We will continue to make sure that as ships are transiting from the UK into the Mediterranean and beyond, Gibraltar becomes the default stop for all Royal Navy ships,” Mr Heappey told guests.