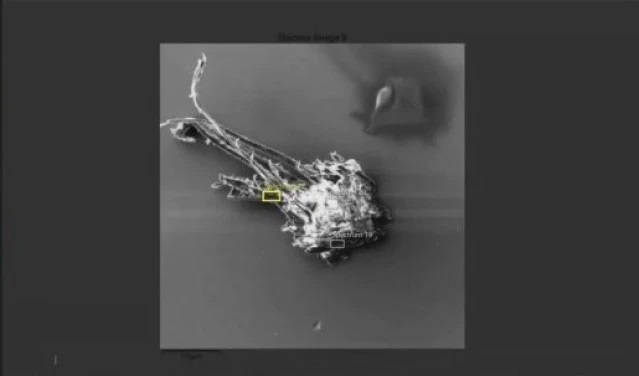 The Epoch Times reported that a study done by The Working Group for COVID Vaccine Analysis revealed that some of the toxic elements found inside the AstraZeneca, Pfizer and Moderna vaccine vials were not listed in the ingredient lists from the manufacturers.

The following metallic elements were found in the vaccines:

These elements “are visible under the dark-field microscope as distinctive and complex structures of different sizes, can only partially be explained as a result of crystallization or decomposition processes, [and] cannot be explained as contamination from the manufacturing process,” the researchers found.

The findings, which have been declared as preliminary, “build on the work of other researchers in the international community who have described similar findings, such as Dr. Young, Dr. Nagase, Dr. Botha, Dr. Flemming, Dr. Robert Wakeling, and Dr. Noak,” Dr. Janci Lindsay, Ph.D., a toxicologist not involved in the study, told The Epoch Times.

“The number and consistency of the allegations of contamination alone, coupled with the eerie silence from global safety and regulatory bodies, is troublesome and perplexing in terms of ‘transparency’ and continued allegations by these bodies that the genetic vaccines are ‘safe,’” Lindsay added.

Helena Krenn, founder of the group, which is made up of 60 members including physicians, physicists, chemists, microbiologists and alternative health practitioners as well as supportive lawyers and psychologists, submitted the findings to German government authorities for review.

“We had submitted it to the participants of the government and further addresses from newspapers with the platform open-debate.eu, only in Germany, Austria, and Suisse,” Krenn told The Epoch Times.

In addition to the primary discovery, two other important findings were made in the study. Blood samples from the vaccinated had “marked changes,” and more side effects were observed in proportion to “the stability of the envelope of lipid nanoparticles.”

A lipid nanoparticle is a fat-soluble membrane that is the cargo of the messenger RNA, or mRNA. Numerous COVID vaccines, including the Pfizer and Moderna vaccines, utilize mRNA technology in their deployment.

The CDC writes that, “After vaccination, the mRNA will enter the muscle cells. Once inside, they use the cells’ machinery to produce a harmless piece of what is called the spike protein. The spike protein is found on the surface of the virus that causes COVID-19. After the protein piece is made, our cells break down the mRNA and remove it, leaving the body as waste.”

The study discusses their findings, stating that, “Using a small sample of live blood analyses from both vaccinated and unvaccinated individuals, we have determined that artificial intelligence (AI) can distinguish with 100% reliability between the blood of the vaccinated and the unvaccinated. This indicates that the COVID-19 vaccines can effect long-term changes in the composition of the blood of the person vaccinated without that person being aware of these changes.”

The discovery of acute and chronic physiological changes in the blood of vaccinated individuals, consistently being observed with AI software, “also echoes the findings of many other researchers and support the contentions of contamination and/or adulteration,” Lindsay said.

“We have established that the COVID-19 vaccines consistently contain, in addition to contaminants, substances the purpose of which we are unable to determine,” their study says.

They state that they have been cooperating with groups in different countries, many of whom have been studying similar scenarios and obtained consistent results with the German Working Group.

“The results from our analysis of the vaccines can, consequently, be regarded as cross-validated,” the summary report of their findings states.

“It should be acknowledged of course that [German Working Group’s] work is described as ‘Preliminary Findings,’ not yet published in a peer-reviewed journal and that chain of custody as well as the identity of many of these scientists is unknown. However, in this heavily charged and censored climate when it comes to any challenges to the ‘safety and efficacy’ of the genetic vaccines, I myself can attest to the difficulties in conducting the basic research, much less publishing that same research in a peer-reviewed journal, in order to get at these questions as well as disseminate the findings,” Lindsay said.

German scientists have confirmed: the COVID vaccines are toxic and not by accident

The vaccines were designed to be toxic to humans.

Four of the group’s discoveries:

The first discovery: toxic substances were found in all of the samples of COVID-19 vaccines — without exception .

The second discovery: The blood samples of all the people who had been vaccinated showed marked changes.

The third discovery: The greater the stability of the envelope of lipid nanoparticles, the more frequent are vaccine side effects.

The fourth discovery: The vaccines consistently contain substances the purpose of which cannot be determined. Using a small sample of live blood analyses from both vaccinated and unvaccinated individuals, artificial intelligence (AI) can distinguish with 100% reliability between the blood of the vaccinated and the unvaccinated. This indicates that the COVID-19 vaccines can effect long-term changes in the composition of the blood of the person vaccinated without that person being aware of these changes.