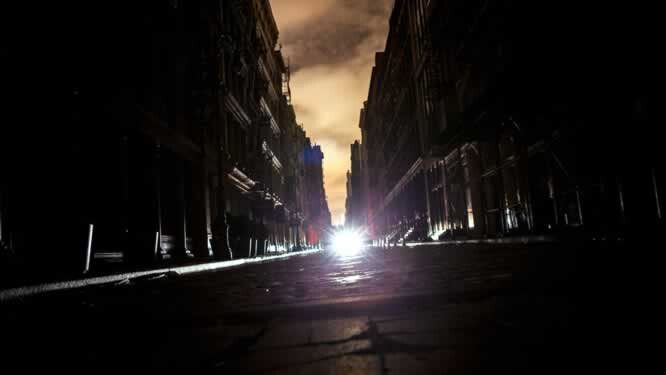 Britain is reportedly planning to impose organized blackouts for the nation

Britain is reportedly planning to impose organized blackouts for the nation’s industry and households over the winter, when cold weather is expected to coincide with gas shortages.

According to the government’s latest “reasonable worst-case scenario,” electricity capacity shortfall in the country could total about one-sixth of peak demand, even after emergency coal plants have been utilized, Bloomberg News reported Tuesday, citing individuals familiar with the government’s planning.

Under the outlook, along with anticipated below-average temperatures and reduced electricity imports from Norway and France, Britain could be exposed to four days in January when it may need to set off emergency measures to conserve gas.

The report followed a warning last week by the Bank of England that the UK was on course for a lengthy recession as unprecedented energy prices push the country’s inflation rate toward 13 percent.

Any political response to the grim economic outlook, however, has been stymied by the Conservative Party contest to select a new prime minister on September 5. No government official has so far reacted to the report.

While European governments are struggling to conserve gas usage and increase storage following the outset of the Ukraine conflict in February, the British government has split into warring camps led by Foreign Minister Liz Truss and Former Finance Minister Rishi Sunak, who have clashed over how to respond in rival campaigns to win the UK’s premiership.

This is while British charities, business groups, and politicians have called on Truss and Sunak to come up with plans on how they would help Britons cope with a forecast 82-percent hike in energy prices in October.

The development also came shortly after a leading British think tank warned that the UK’s inflation will soar to “astronomical” levels over the next year, insisting that such massive inflation would force the Bank of England to raise interest rates higher and for a longer period than previously expected.

In a report last week, the National Institute of Economic and Social Research (NIESR) also forecast a long recession that would last into 2023 and hammer millions of the most vulnerable households, particularly in the most deprived areas of the UK.

More than a million households would be forced to choose between heating their homes and purchasing sufficient food, the think tank said, as consumer price inflation hit a 40-year high of 9.4 percent in June.