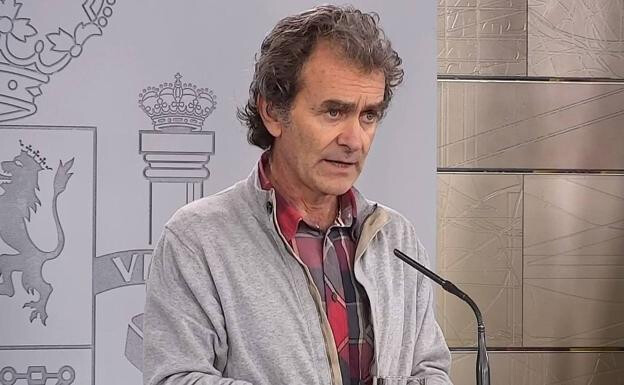 Top Covid expert in Spain sees no need for a third dose "in general" and says...

Fernando Simón also claimed "in the first wave 2.3 million people were infected with coronavirus, not 226,000" and also gave his explanations for what triggered the diff

The director of Spain's Centre for the Coordination of Health Alerts and Emergencies (CCAES), Fernando Simón, has said this 2 November.

He believes that Spain registered "2.3 million infections" of Covid -19, and "not 226,000", due to the inability to perform diagnostic tests due to the lack of tests. But once they had more tests, 8 out of 10 tested positive.

Basically, they created a Casedemic, using PCR Test not fit for purpose.

He believes the first wave came from “Three thousand Spaniards, mostly workers, who participated in the Milan Fashion Week, from 18 to 24 February, followed by the Erasmus students returning home at the end of the same month, and 3,000 Italians who visited the Arco de Madrid fair from 26 February to 1 March."

If this was a bio-weapon weapon released in Milan, Italy - that's plausible.
Or it could be part of a plan in the illusion of a mass epidemic.

He indicated "In addition, the director of the CCAES said that he believe that a third dose of a coronavirus vaccine is not necessary "in general" because "it seems that immunity lasts for years" and has instead advocated "giving them to third world countries."

How long before his beliefs are silenced because the Globalists plan for at least 8 boosters – They Want This Nightmare To Last Forever! - #5 by DOTS

He also expressed his doubts about the giving the vaccine to those under 12 years of age, a group that "is very little affected by the disease."

How long before his expression is overruled, ignored...? You know the drill.