A top London cardiologist who was one of the first to take the COVID-19 vaccine and promote it on British television is warning his colleagues and the public he has evidence tying the incidences around the world of "unexpected" cardiac events in...

'My duty ... to urgently inform doctors, patients and members of the public'

A top London cardiologist who was one of the first to take the COVID-19 vaccine and promote it on British television is warning his colleagues and the public he has evidence tying the incidences around the world of "unexpected" cardiac events in otherwise healthy people to the COVID-19 vaccines.

Dr. Aseem Malhotra made the statement in a video posted on Twitter ahead of his scheduled testimony Thursday to the British Parliament.

"It is my duty and responsibility as a consultant cardiologist and public health campaigner to urgently inform doctors, patients and members of the public that the COVID mRNA vaccine has likely played a significant role of being a primary cause in all unexpected cardiac arrests, heart attacks, strokes, cardiac arrhythmias and heart failure since 2021, until proven otherwise," he said.

An internationally renowned expert in the prevention, diagnosis and management of heart disease, Malhotra is a fellow of the Royal College of Physicians and president of the Scientific Advisory Committee of The Public Health Collaboration. He also is an honorary council member to the Metabolic Psychiatry Clinic at Stanford University School of Medicine.
Late last month, Malhotra called for a suspension of the shots, arguing in a scientific paper that there is evidence the risk of harm is greater than any benefit.

Malhotra, who presented his paper at a news conference Sept. 27 in the British capital, said "there is a strong scientific, ethical, and moral case to be made that COVID-19 vaccines rollout must stop immediately until raw data has been released for fully independent scrutiny."

His paper, published in the Journal of Insulin Resistance in two parts, here and here, is titled "Curing the pandemic of misinformation on COVID-19 mRNA vaccines through real evidence-based medicine."

See the video at source link.

He began his presentation, hosted by Lawrie's World Council for Health, talking about the concept of "willful blindness."

"I was willfully blind, certainly in relation to the vaccine and the harms, until I wasn't," he said.
Malhotra said that's why it's crucial that the issue be tackled both with the facts and with compassion, "because there are many people who are still willfully blind."

In February 2021 on "Good Morning Britain," Malhotra said there is "clearly some irrational reasoning behind why people don't want to take the vaccine, which is based on very blatant, false information that's circulating on social media."

In August, he wrote an open letter to British Prime Minister Boris Johnson and President Joe Biden calling for the immediate release of the raw data from Pfizer’s original Covid-19 vaccine trial.

Malhotra concludes in his paper that the COVID-19 vaccine crisis must be used "as an opportunity to transform the system to produce better doctors, better decision making, healthier patients and restore trust in medicine and public health."

"Until all the raw data on the mRNA COVID-19 vaccines have been independently analysed, any claims purporting that they confer a net benefit to humankind cannot be considered to be evidence based," he wrote.

In an interview, he explained that it was the sudden death of his very fit and healthy 73-year-old vaccinated father in July 2021 that prompted him to investigate the vaccines.

"Not long after that, data started to emerge that suggested there was a possible link between the mRNA vaccine and increased risk of heart attack," he told Freeman Reports.

The mechanism causing the cardiac trouble, he said, was an increasing inflammation around the coronary arteries. On top of that, Malhotra was contacted by a whistleblower at a prestigious British university, a cardiologist, who said there were similar research findings in his department that were being covered up. 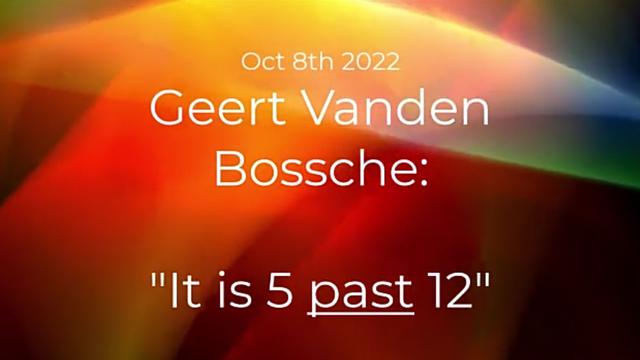