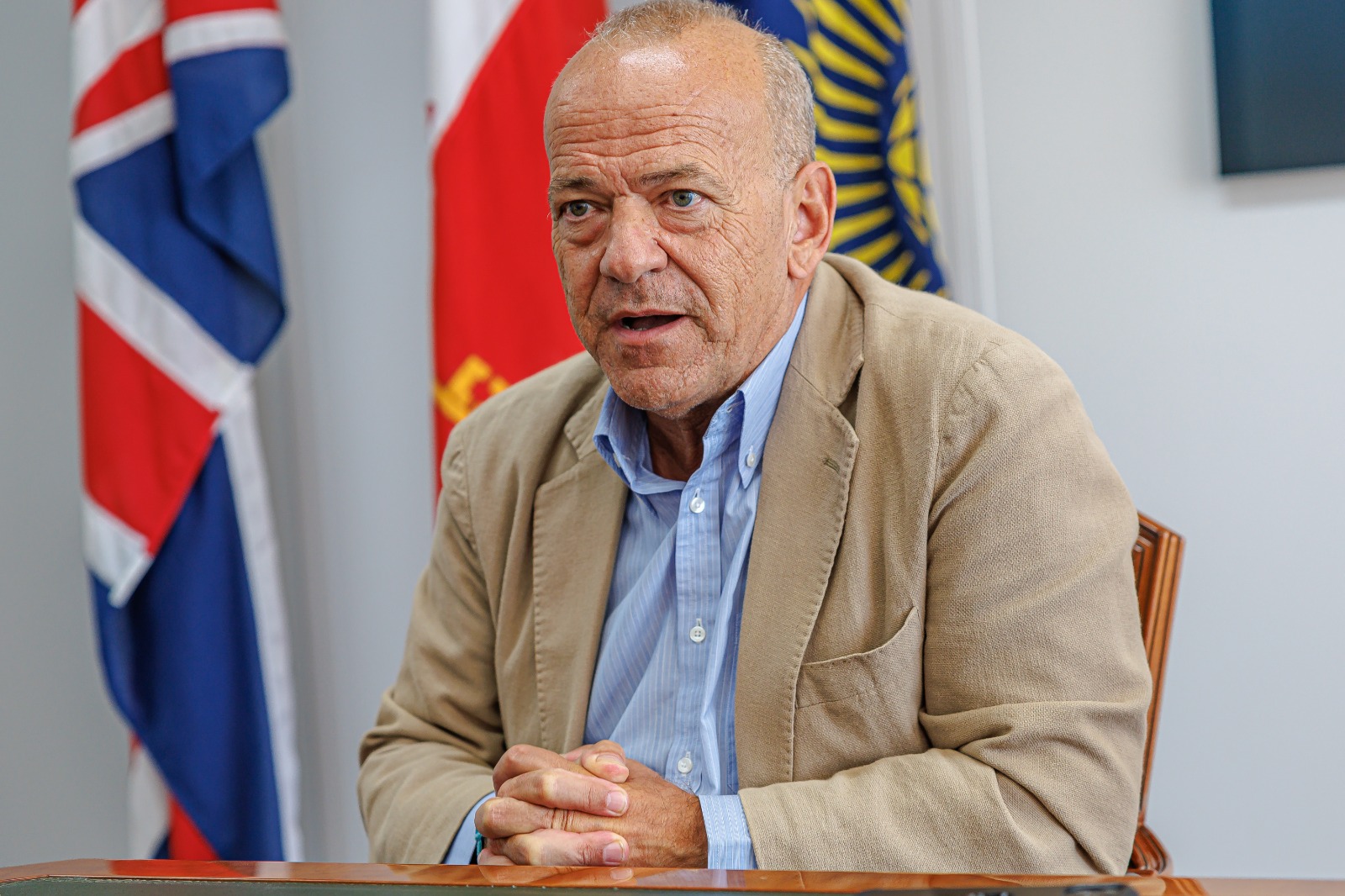 The Gibraltar Government and the Gibraltar Electricity Authority are taking several parallel steps to bolster resilience of power supply on the Rock. Albert Isola, the Minister for Utilities, said one strand of action focused on strengthening...

The Gibraltar Government and the Gibraltar Electricity Authority are taking several parallel steps to bolster resilience of power supply on the Rock.

Albert Isola, the Minister for Utilities, said one strand of action focused on strengthening GibElec’s capacity to address software issues that can trip systems at the liquefied natural gas power plant, while also putting in place new equipment to provide a buffer on occasions where outages occur.

In tandem, the Gibraltar Government will adopt a tougher stance in cases where construction companies drill through power cables.

The backdrop is the intermittent, yet persistent power cuts that continue to disrupt supply despite heavy investment in recent years in new infrastructure including the North Mole LNG power plant, a state-of-the-art facility more than capable of meeting Gibraltar’s needs.

The plant houses six engines - three fuelled wholly by LNG, three fuelled by LNG or diesel – each capable of generating 15 kilowatts of power, more than enough to supply Gibraltar where peak consumption is around 42 kilowatts.

But the high-tech nature of the facility and the focus on safe operations means that the system “trips” easily, leaving people in the dark.

“Whenever you get anything new, there are teething problems,” Mr Isola said of the LNG power plant.

“My view is that by now we should have got through those teething problems, but we haven't.”

“So a lot of effort is going into understanding why [issues persist].”

“Before it was a mechanical system. Now it isn't, it's all software driven, and software trips, much as your lights will trip if there's too much power going through.”

“Something's not going right, it detects it, it takes the preventative measure to avoid damage or putting people in harm's way in terms of people working there, and it trips.”

“A lot of the problems we’ve had are those.”

GibElec is strengthening its staff complement with the recruitment of three additional IT specialists to help run its systems.

Mr Isola said that will enable GibElec to get faster at making sure that the system does not trip unnecessarily.

“The equipment we've got is fabulous and produces a remarkable amount of power,” he said.

“But there are parts on the fringe that we need to deal with.”

Part of the challenge is that Gibraltar’s geographical and political circumstances means it has to be entirely self-sufficient in the generation of electrical power.

“If you think of the UK or anywhere else, any village in the UK has a number of different suppliers of power and if one goes, the other clicks in and you don't even notice, your power continues,” Mr Isola said in a recent interview with the Chronicle.

“We don't have that luxury, we have one power station.”

“Whereas they have outages in the UK the whole time, you don't notice. Here you do because we only have one source."

To help tackle that challenge, GibElec is planning to buy an uninterruptable power source – a large 15 kilowatt battery, in effect – capable of providing an hour of power supply in the event of an outage.

That would provide a buffer that on most occasions should enable engineers to get the system back up and running without the consumer noticing any glitch in supply.

“The beauty of that is that it will eliminate the bulk of the power cuts because it will take the slack when a machine trips,” Mr Isola said.

“The battery kicks in and not only does it give us that resilience but it also neutralises the power that we produce."

“For people that have particularly high-tech equipment, they notice that our power goes up and down.”

“By putting that power through a battery, which you do as you’re charging it anyway, it actually gives you a straight line of power which is far better.”

“So it will help us on a number of different fronts.”

Another benefit of this equipment will be that GibElec should be able to reduce “to the absolute minimum” the number of portable diesel generators it maintains as a backup to the main power station, many of which are kept “turning over” to ensure they can be used rapidly is needed.

Mr Isola said a tender would be issued soon for the battery and the hope is to have it in place by next year.

Some of the most serious power cuts, however, are the result of accidental damage to cables caused by construction work.

Earlier this month, for example, a construction company drilled through a high voltage cable and plunged most of Gibraltar into darkness, sparking frustration and outrage across the community and leaving GibElec with the task of repairing the damage.

Construction companies have to go through site clearance prior to commencing work.

That means that they should have a clear understanding of where utilities such as electricity cabling and water pipes are located, “and shouldn’t go anywhere near them”.

But there is a sense that sometimes, some operators cut corners.

In response, the Gibraltar Government is going to adopt a tougher stance and is already taking legal advice on legislation and mechanisms to impose dissuasive fines.

Currently builders who damage a cable are liable for any costs incurred by GibElec for repairs.

Mr Isola did not mince his words when describing the impact of such incidents and the damage they cause, not just in terms of disruption but also to public confidence in the delivery of basic services such as electricity.

“It shouldn't happen,” he said.

“But construction companies can be lazy, so we're revisiting the legislation to ensure that we have the power to hit hard in the pocket, which is what we have to do.”

“Then they'll sit up and listen and not be quite so lethargic.”

“I think we also need to name and shame these companies.”

Beyond Gibraltar, the disruption in the global gas markets as a result of Russia’s invasion of Ukraine has so far not had an impact on supply here.

The power station continues to burn mostly LNG, Mr Isola said, and the cost of supply has remained stable for now despite a spike in the price of gas and increased demand from European countries that were dependant on Russian supply.

The reason for this is that Gibraltar locked in a 20-year contract with global energy company Shell, which refills storage tanks at the North Mole plant every two weeks and has reserves around the globe.

“So the massive increase [in gas prices] as a result of the invasion of Ukraine has not impacted on us,” Mr Isola said.

And while that may change in a volatile world where energy prices can fluctuate wildly, “at the moment, we're saving millions”.