This Explains Everything (Video) – The Secret Covenant

Is this a conspiracy theory too?

If people cannot see all the evil, in everything that is going on, maybe this will help you to understand.

(Posted by Josie Wales, Before It's News.) 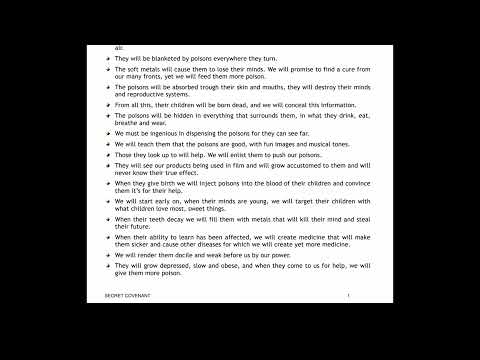 The Secret Covenant is read in this video.

The quotation “all men are created equal” is part of the U.S. Declaration of Independence, which Thomas Jefferson penned in 1776 during the beginning of the American Revolution.

Scripture references replaced with those from the King of kings' Bible.