“All tyrannies rule through fraud and force, but once the fraud is exposed they must rely exclusively on force.” ~ George Orwell

It is important to point out that this information is not new, it is not surprising, it is not “conspiracy theory,” and it will not be reported in the mainstream media. It is however, illustrative of the blatant deception and criminal fraud being pursued by not only the claimed ruling ‘elite,’ but by the entire political class and the CDC as well. This fraud is being perpetrated and advanced by those pretending to represent all of you; those immoral and evil people that make up what is called government. They promise to uphold a duty to protect society from any infringement on its liberty, but the opposite of course is the case. All that is certain about politicians, the lowest form of human on earth, is that they at every level are the most dangerous enemy of mankind.

The information that outlines this hoax comes directly from the CDC. The report in question is called the: Severe Acute Respiratory Syndrome Coronavirus 2 from Patient with Coronavirus Disease, United States. The analysis was done by Dr. Tom Cowan, and reported on by Jon Rappoport. While this report is somewhat complicated to read by the layperson, it is very clear in that it exposes the absolute fraud involved in attempting to cover up that no real isolation or proof that SARS-CoV-2 exists has ever been accomplished. This is evident in that the CDC’s own report exposes this fact, while attempting to show otherwise. This is pure deception based on the CDC’s belief that the American public is to too stupid to understand their dishonest trickery.

All that is certain about politicians, the lowest form of human on earth, is that they at every level are the most dangerous enemy of mankind.

Deuteronomy 4:1 Now therefore hearken, O Israel, unto the Statutes and unto the Judgments, which I teach you, for to DO [them], that ye may LIVE, and go in and possess the land which the “I AM” God of your fathers giveth you.
4:2 Ye shall not ADD unto the word which I command you, neither shall ye DIMINISH [ought] from it, that ye may keep the Commandments of the “I AM” your God which I COMMAND you. 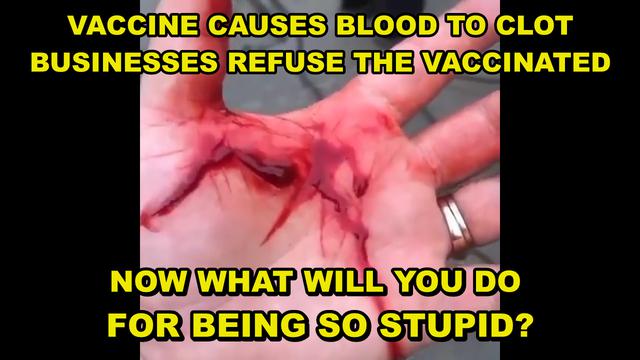 I can't believe there are so many dumb zombies walking around. This Pandemic is so bad that I don't really know anybody who really officially died, that's how bad it is. Can't wait until the FALL season. That's when the real show begins .....I …