The endangered blue whale is found off the southern tip of Sri Lanka. Shipping vessels go through the whales' habitat and can hit and kill them. The Mediterranean Shipping Co. changed its routes.

The endangered blue whale is found off the southern tip of Sri Lanka, and cargo ships steam right through its habitat. They can strike and kill the whales, which is why the decision of one shipping company matters. The Mediterranean Shipping Company, which is the world's largest shipping line, rerouted its ships. Blue whales live 70 to 80 years, and somewhere right now is a whale that will live a bit longer.

Sperm whales in the Strait of Gibraltar 8 sperm whales was taken in September 2017. 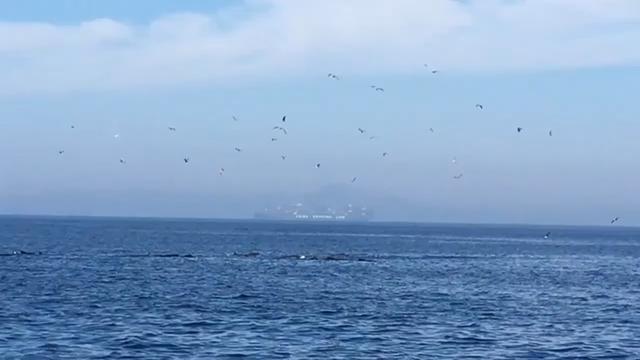 Sperm whales in the Strait of Gibraltar

Read the post/thread at Defending-Gibraltar that contains this video: The world's largest shipping line reroutes its ships to avoid hitting whales https://defending-gibraltar.net/t/the-worlds-largest-shipping-line-reroutes-its-ships-to-avoid-hitting…

Sperm whales in the Strait of Gibraltar

The shipping industry has been taking steps to reduce its impact on endangered whale populations globally.

"This is an issue that the shipping industry takes seriously, and has resulted in the implementation of measures that aim to prevent collisions between whales and ships, from reducing vessel speed and rerouting to engaging stakeholders to raise further awareness," trade association the International Chamber of Shipping (ICS) said in a statement encouraging the industry to take action.

Among steps already taken, vessel speed limits have been set in several areas, such as the St Lawrence River in Canada and the Gibraltar straits. There is also guidance on ‘Particularly Sensitive Sea Areas’ which provide caution to mariners on ‘whale avoidance’.

Guy Platten, ICS Secretary General, said, “Whales are a vulnerable and endangered species. The ocean is their home, and we must make sure that international shipping activities are mindful of their presence. It is really positive to see our members working with NGOs on initiatives that address this serious issue. There is always more that can be done, and that is why we are working with the IMO, and other stakeholders on reviewing maritime guidelines.”