The WHO was Accused of Planning Genocide in 2009

In 2009, WHO was Accused of Planning Genocide - henrymakow.com - We are experiencing the climax of a conspiracy decades in the making by Kurt Nimmo -

"Canadian doctor Ghislaine Lanctôt, author of Medical Mafia, a 1995 (Pdf) has underscored the 2009 lawsuit filed by Austrian journalist Jane Bürgermeister against the WHO, the UN, and several high ranking government and corporate officials. Bürgermeister has documented how an international corporate criminal syndicate plans to unleash a deadly flu virus and institute a forced vaccination program."

"Lanctôt warns that the elite and their minions will introduce a compulsory vaccination that will contain a deadly virus and this will be used specifically as a eugenics weapon for "massive and targeted reduction of the world population." 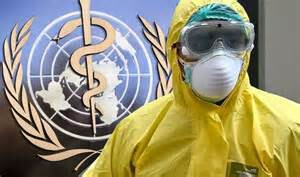