"The vaccine rug-pull theory can essentially be summed up like this. After a certain period of pushing vaccines and boosters non-stop, there will come a point when the media and even officials completely reverse course and declare the vaccines are now a problem. They will say they don’t work, and they may even admit they are unsafe and millions now have to get regular check-ups to monitor possible health problems.

Now at this point you might be asking yourself, what would be the point of this? Why would they suddenly change course and say they were wrong.

The reason is part of the “Great Reset” mindset in that everything must be torn down and rebuilt. So in this case, such a worldwide reversal would cause an overwhelming majority of the population to suddenly distrust almost all aspects of government and media. Those who opposed the vaccine and mandates will claim they were right and the government scammed us. And those who believed in all the vaccine hype will join them and declare they’ve been scammed as well.

The population for the most point will join forces in their distrust of the “system” in the general.

What this will do is open the door for radical new systems of governance that would otherwise be outright opposed by almost everybody." 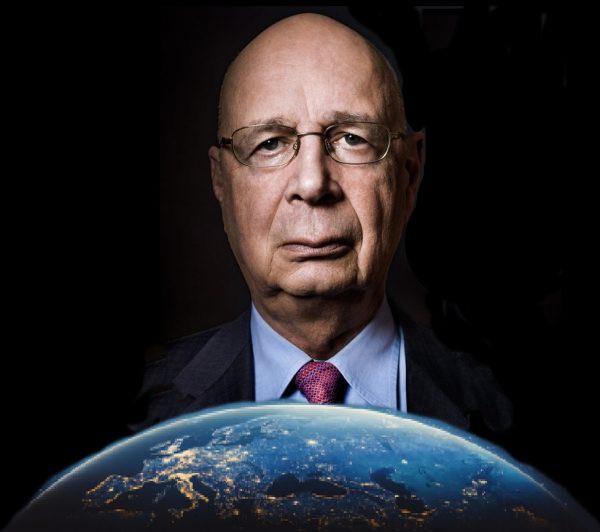 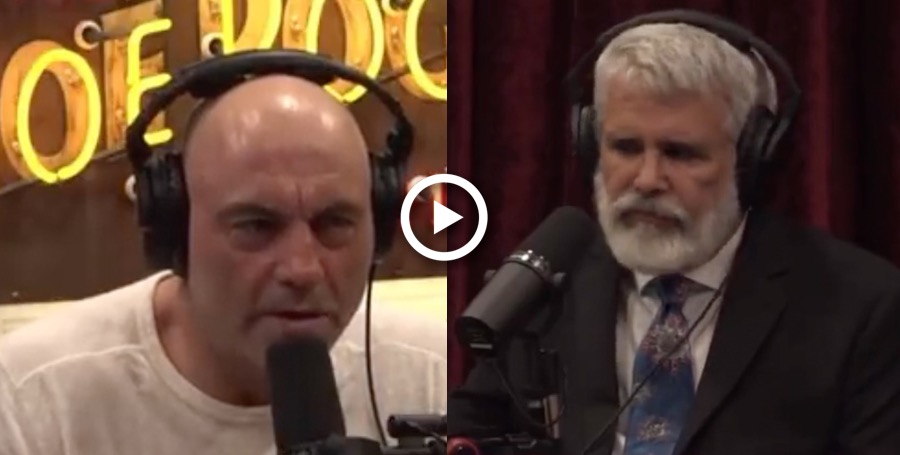 Knowingly or unknowingly, did the Rogan/Malone interview signal the start of...

officials completely reverse course and declare the vaccines are now a problem.

I really think this is very likely, because The Truth will always be uncovered. And they probably already have their "excuses" so that they don't get sued or other charges brought against them. In the meantime, they make a killing.

Can you hear them now? Oh, we thought we were doing good; we'd didn't know; we tried to help; blah blah blah. Politicians are not following real health and science, they are following orders from the WEF, WHO and other heads of the Hydra.

The thing is when they build gallows or pits for others, these will eventually be used on them – Believe The Bible – it happens.

Plus, they are already admitting the PCR test and lateral flow test have problems. Has this admission stopped these from being used?

Is it now time for the "next new thing" to replace them to make a killing?

For what its worth, this was posted a couple months ago. 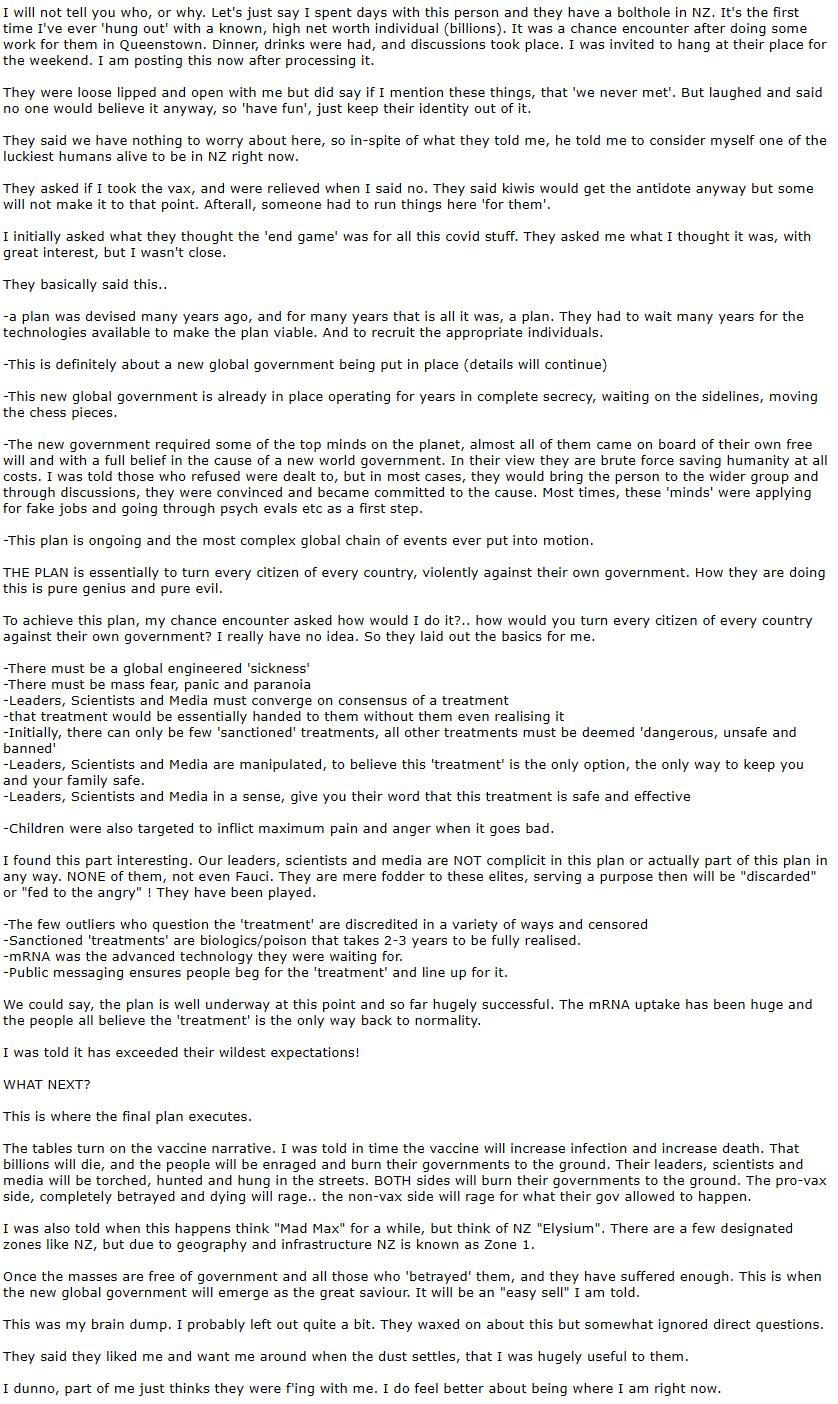 I will not tell you who, or why. Let’s just say I spent days with this person and they have a bolthole (a place where a person can escape and hide) in New Zealand. It’s the first time I’ve ever ‘hung out’ with a known, high net worth individuals (billions). It was a chance encounter after doing some work for them in Queenstown. Diner, drinks were had, and discussions took place. I was invited to hang at their place for the weekend. I am posting this now after processing it.

They were loose lipped and open with me but did say if I mention these things that ‘we never met’. But laughed and said no one would believe it anyway, so ‘have fun’, just keep their identity out of it.

They asked if I took the vax, and were relieved when I said no. They said kiwis would get the antidote anyway but some will not make it to that point. After all, someone had to run things here ‘for them’.

I initially asked what they thought the ‘end game’ was for all this Covid stuff. They asked me what I thought it was, with great interest, but I wasn’t close.

They basically said this…

· A plan was devised many years ago, and for many years that is all it was, a plan. They had to wait many years for the technologies available to make the plan viable. And to recruit the appropriate individuals.

· This is definitely about a new global government being put in place (details will continue).

· This new global government is already in place operating for years in complete secrecy, waiting on the sidelines, moving the chess pieces.

· The new government required some of the top minds on the planet, almost all of them came on board of their own free will and with a full belief in the cause of a new world government. In their view they are brute force saving humanity at all costs. I was told those who refused were dealt to, but in most cases, they would bring the person to the wider group and through discussions, they were convinced and became committed to the cause. Most times, these ‘minds’ were applying for fake jobs and going through psych evaluations, etc. as a first step.

· This plan is ongoing and the most complex global chain of events ever put into motion.

· THE PLAN is essentially to turn every citizen of every country, violently against their own government. How they are doing this is pure genius and pure evil.

· To achieve this plan, my chance encounter asked how I would do it. How would you turn every citizen of every country against their own government? I really have no idea. So they laid out the basics for me.

There must be a global engineered ‘sickness’

There must be mass fear, panic and paranoia

Leaders, Scientists and Media must converge on consensus of a treatment

Initially, there can only be few ‘sanctioned; treatments, all other treatments must be deemed ‘dangerous, unsafe and banned’

Leaders, Scientists and Media are manipulated, to believe this ‘treatment’ is the only option, the only way to keep you and your family safe.

Leaders, Scientists and Media in a sense, give you their word that this treatment is safe and effective

Children were also targeted to inflict maximum pain and anger when it goes bad.

I found this part interesting. Our leaders, scientists and media are NOT complicit in this plan or actually part of this plan in any way. NONE of them, not even Fauci. They are mere fodder to these elites, serving a purpose then will be “discarded” or “fed to the angry”! They have been played.

· mRNA was the advanced technology they were waiting for

· Public messaging ensures people beg for the ‘treatment’ and line up for it.

We would say, the plan is well underway at this point and so far hugely successful. The mRNA uptake has been huge and the people all believe the ‘treatment’ is the only way back to normality.

I was told it has exceeded their wildest expectations!

This is where the final plan executes.

I was also told when this happens to think “Mad Max” for a while, but think of New Zealand “Elysium”. There are a few designated zones like New Zealand, but due to geography and infrastructure New Zealand is known as Zone 1. [Ed note: there will be no "Elysium" or heaven-like abode (from Greek mythology) for these demonic new world order billionaires.]

Once the masses are free of government and all those who ‘betrayed them’, and they have suffered enough this new global government will emerge as the great savior. It will be an “easy sell” I am told.

This was my brain dump. I probably left out quite a bit. They waxed on about this but somewhat ignored direct questions.

They said they liked me and want me around when the dust settles, that I was hugely useful to them.

I dunno, part of me just thinks they were f’ing with me. I do feel better about being where I am right now.

That’s exactly what these incorrigible and criminally insane psychopaths who populate the New World Order cabal of globalists have done. Which means that they can suffer a terminal reversal of fortune at any moment of their epic fail-in-the-making.

One final commentary from yours truly, if I may. These demonic billionaires have no fear, understanding or love of God. When the "Chastisement" ratchets up and the 3 Days of Darkness occurs, these fools in their bunkers will suddenly be confronted by innumerable demons face-to-face. By God's providential Will, the demons will enter these so-called secured bunkers in the ground and kill these sick, demented billionaires. So much for money and power, i.e., Mammon. God's justice shall prevail. Dei perfecta sunt opera! 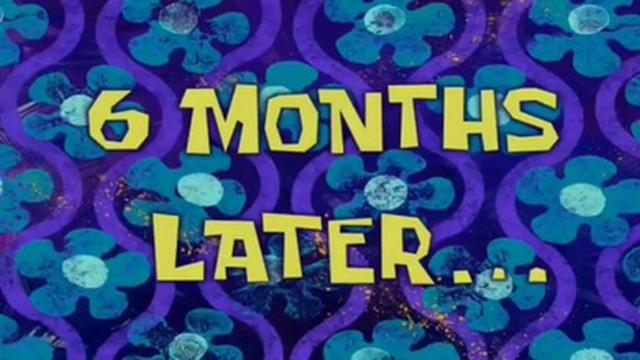 WHAT’S THE DIFFERENCE BETWEEN A CONSPIRACY AND THE TRUTH? ABOUT 6 MONTHS…. 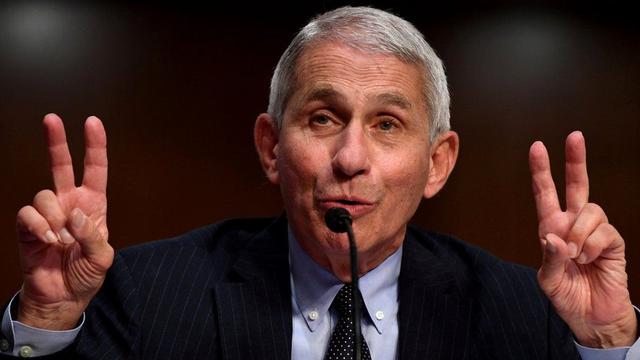 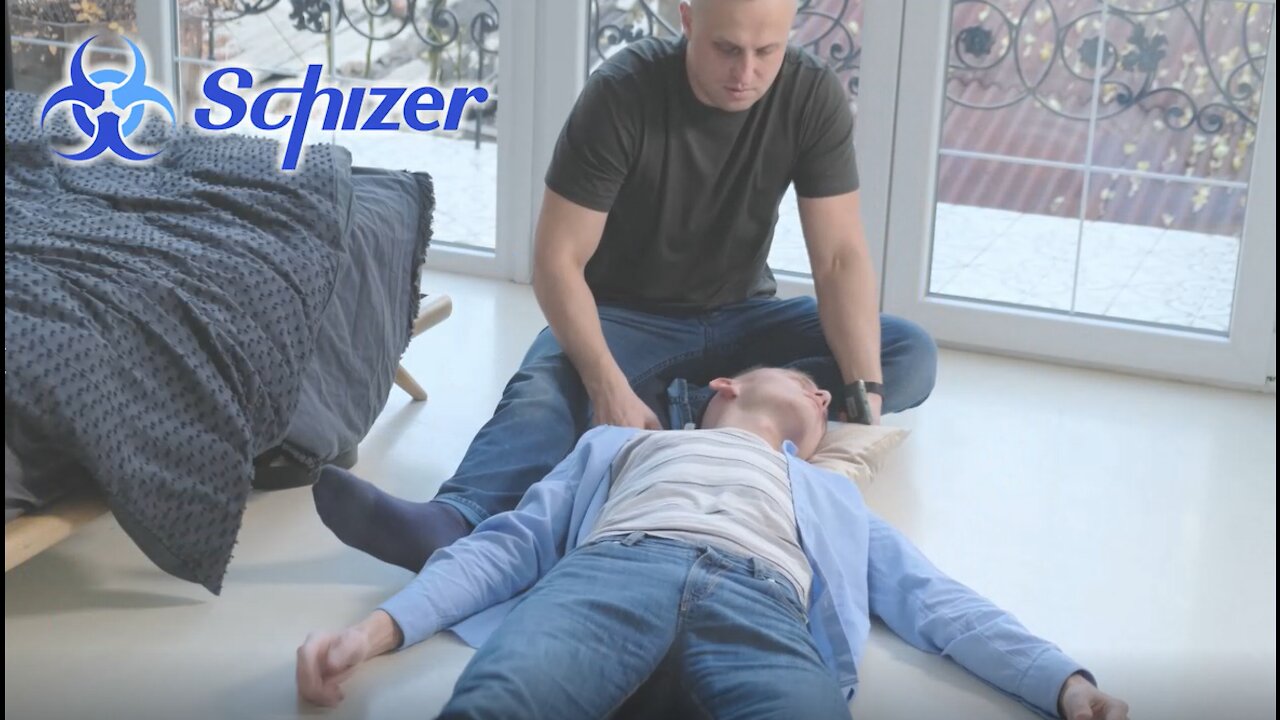 *any resemblance to real pharmaceutical companies is entirely coincidental. Please view and share 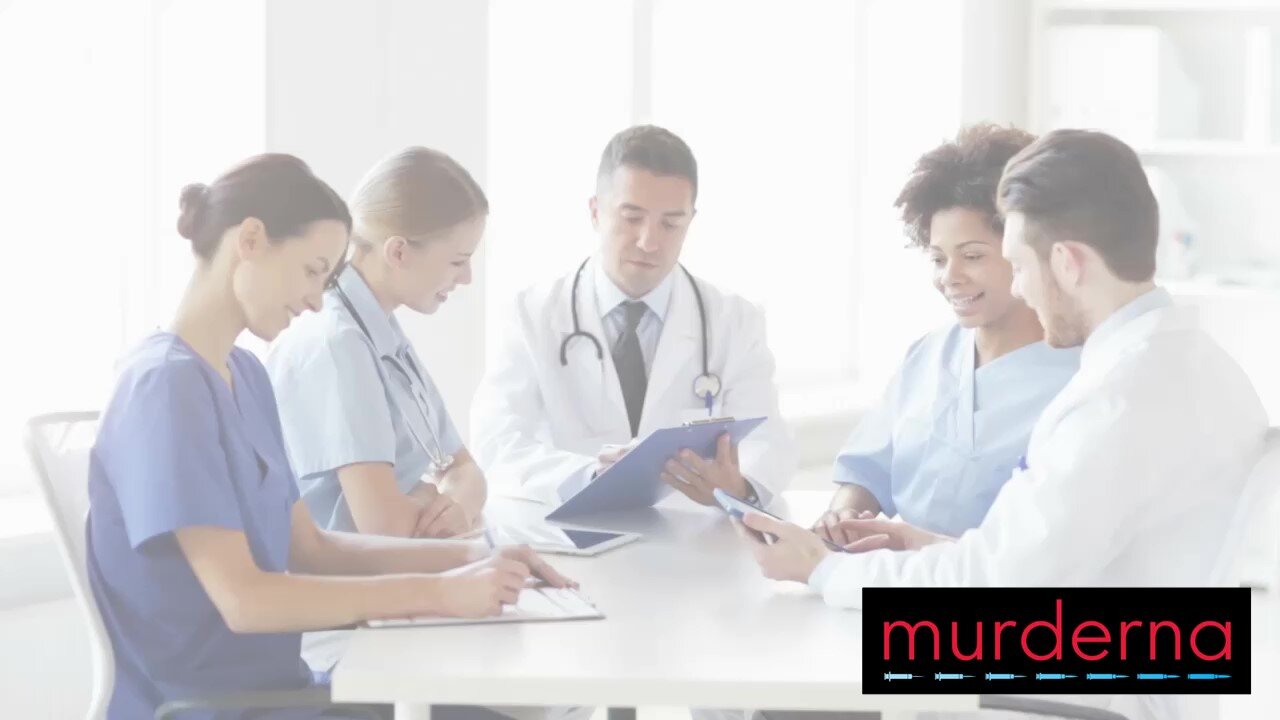 Please view and share.* *any resemblance to real pharmaceutical companies is entirely coincidental. 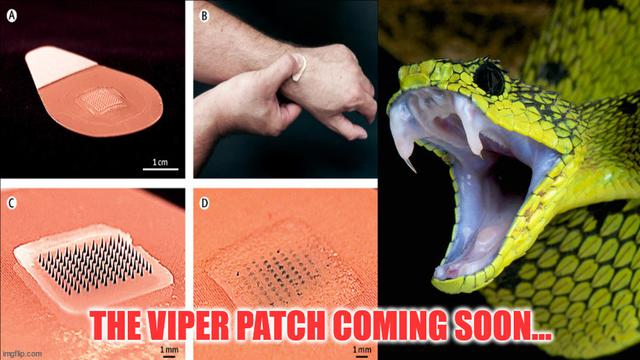 The Viper Patch Is Coming Soon...

** If you appreciate this content and would like to help keep me going, please consider investing in this message. Every little bit helps. Thank you! Invest in SMHP / Independent Media. https://shakingmyheadproductions.com/support-shaking-my-head-pr… 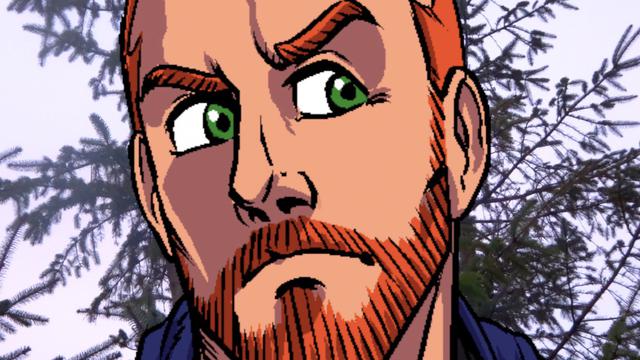 Too Good To Be True: What is Going on?

Support my work on Subscribe Star: https://www.subscribestar.com/dave-cullen Follow me on Bitchute: https://www.bitchute.com/channel/hybM74uIHJKg/ Buy How is This a Thing Mugs here: https://teespring.com/stores/computing-forever-store Sources: …

@cybe Thank-you. That was a really superb presentation of current events. The year 2022 may be the beginning of positive changes (for a few months or even a few years), but there are still too many loose ends that have been left hanging in the breeze to return to make things even worse than ever before.

Thank you for this cybe, I've been talking about this to my friends recently and didn't know it was a theory. This also will break the economy of many countries as you can imagine the governments will be held accountable and not the vaccine companies, unless they can prove they did this on purpose. I hope this will backfire on them so that we can expose the real people behind this organized crime.

"The vaccine rug-pull theory can essentially be summed up like this. After a certain period of pushing vaccines and boosters non-stop, there will come a point when the media and even officials completely reverse course." 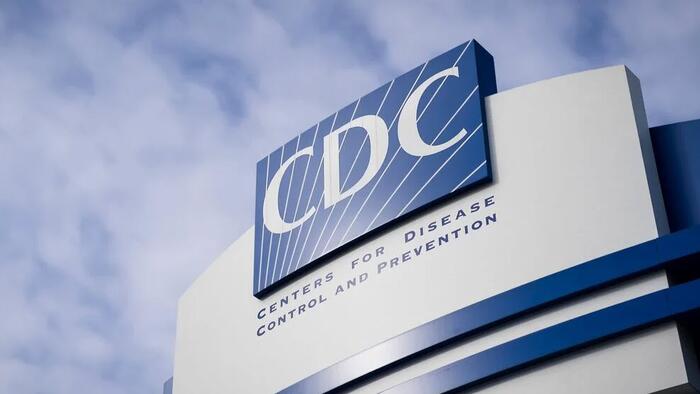 It's Over: CDC Says People Exposed To COVID No Longer Need To Quarantine 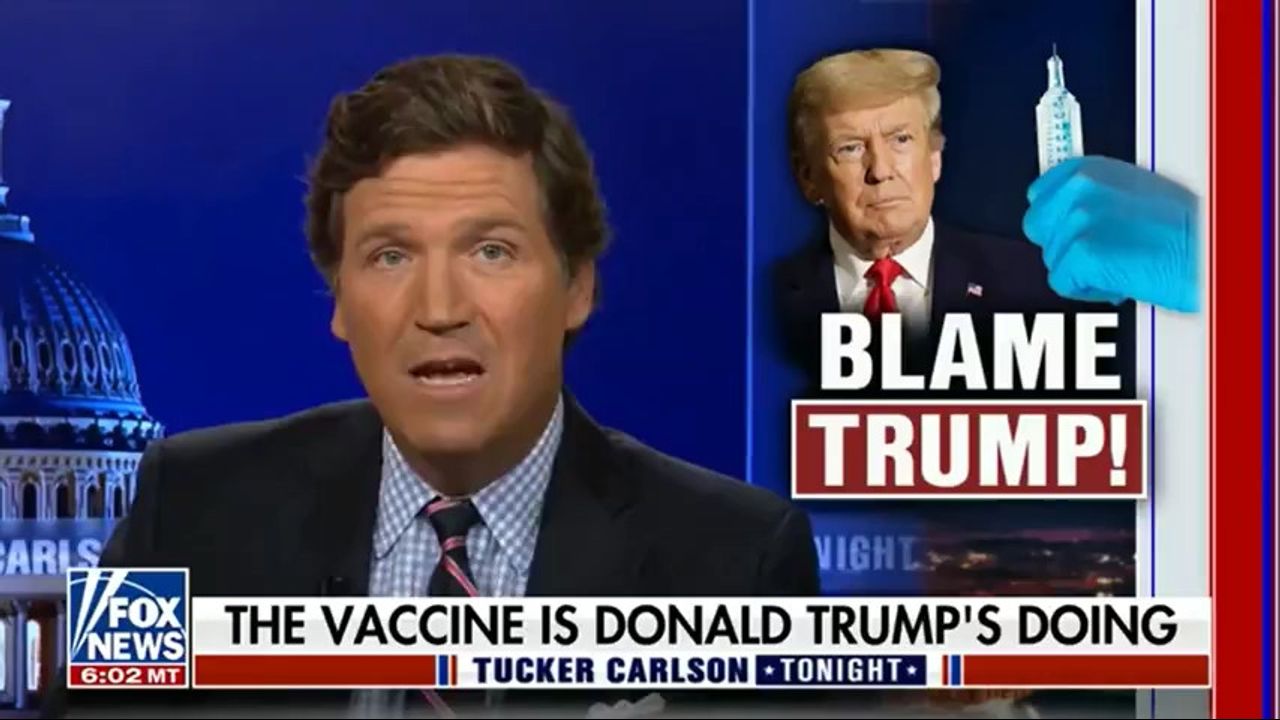 Why are we now "allowed" to talk about the COVID clot shot deaths and side effects after 20 months of relentless censorship and ridicule? Because the DC Swamp, MSM, Democrats, and RINOs have all decided to just blame "Donald Trump". Tucker Carlson...

MAINSTREAM MEDIA FINALLY REPORTING ON DEATHS FROM THE COVID VACCINE 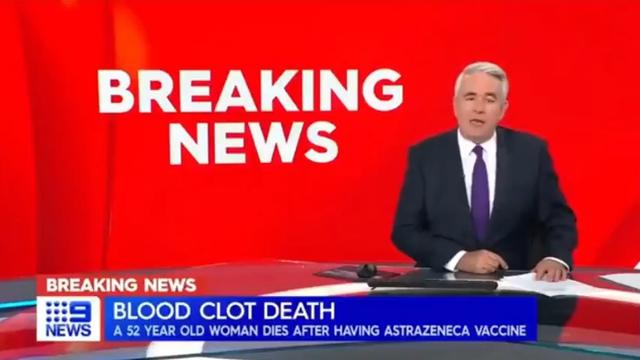 Mainstream media finally reporting on deaths from the covid vaccine

James
4:13 Go to now, ye that say, Today or tomorrow we will go into such a city, and continue there a year, and buy and sell, and get gain:
4:14 Whereas ye know not what [shall be] on the morrow. For what [is] your life? It is even a vapour, that appeareth for a little time, and then vanisheth away.
4:15 For that ye [ought] to say, If the Lord will, we shall live, and do this, or that.
4:16 But now ye rejoice in your boastings: all such rejoicing is evil.
4:17 Therefore to him that knoweth to do good, and doeth [it] NOT, to him it is SIN.
5:1 Go to now, [ye] rich men, weep and howl for your miseries that shall come upon [you].
5:2 Your riches are corrupted, and your garments are motheaten.
5:3 Your gold and silver is cankered; and the rust of them shall be a witness AGAINST you, and shall eat your flesh (cancer etc.) as it were fire. Ye have heaped treasure together for the Last Days.
5:4 Behold, the hire (pay) of the labourers who have reaped down your fields, which you kept back by fraud, crieth: and the cries of them which have reaped [and not been justly paid] are entered into the ears of the Lord of Sabaoth/Hosts.
5:5 Ye [rich] have lived in pleasure on the Earth, and been wanton; ye have nourished your hearts, as in a day of slaughter.
5:6 Ye [rich] have condemned [and] murdered the just; [and] he [the poor labourer] doth not resist you.