The Vaccine Hoax is Over. Documents from the UK reveal 30 years of Cover-up

"The Vaccine Hoax is Over. Documents from the UK reveal 30 years of Cover up.

Andrew Baker – Think Free Forum.org Aug 21, 2014
Freedom of Information Act in the UK filed by a doctor there has revealed 30 years of secret official documents showing that government experts have 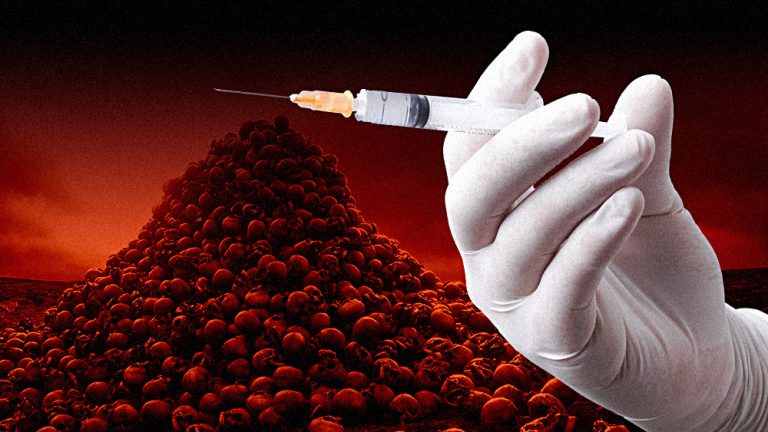 The Vaccine Hoax Is Over. Documents From the UK Reveal 30 Years of Cover-up |...

Educated parents can either get their children out of harm’s way or continue living inside one of the largest most evil lies in history, that vaccines – full of heavy metals, viral diseases, mycoplasma, fecal material, DNA fragments from other...

The evil medical wizards know vaccines are unsafe and sterilize. It goes along with population reduction.

The W.H.O. labeled them “vaccine hesitant” to imply that they can be brought around. I think the correct term is “Anti-Vaxxers” and many don’t mind the label – because they know vaccines are evil.

Yet, the W.H.O. strategy isn’t to have a proper debate or accountable research. Instead, they develop PR plans to CONvince the masses that vaccines are good. And their lackeys follow suit, taking orders from the big boys, like Sohail Bhatti.

Now the Government of Gibraltar is again telling you whose side they are on – they are instigating a similar PR campaign:

It is going to get worse – as you can see – THEY (The Hierarchy Enslaving You) – continue to ride roughshod over the people to fulfill their evil master’s plan of world domination.

And because people don’t want to Return to God’s Royal Laws of Liberty, He will allow it to get darker.

You might say you won’t get the vaccine – you will be tested. When it comes to being able to buy food, many will jump ship and cry it “wasn’t their fault”. At that point, they will have failed the test and won’t survive – they’ll be chaff.

Dear@DOTS, Thank-you for sharing “The Vaccine Hoax is Over”.

The Most Controversial Documentary of 2016
http://VaxxedTheMovie.com Please see the Official Trailer

In 2014, biologist Dr. Brian Hooker received a call from a Senior Scientist at the U.S. Centers for Disease Control and Prevention (CDC) who led the agency’s 2004 study on the Measles-Mumps-Rubella (MMR) vaccine and its link to autism. The scientist, Dr. William Thompson, confessed that the CDC had omitted crucial data in their final report that revealed a causal relationship between the MMR vaccine and autism. Over several months, Dr. Hooker records the phone calls made to him by Dr. Thompson who provides the confidential data destroyed by his colleagues at the CDC. Dr. Hooker enlists the help of Dr. Andrew Wakefield, the British gastroenterologist falsely accused of starting the anti-vax movement when he first reported in 1998 that the MMR vaccine may cause autism. Wakefield directs this documentary examining the evidence behind an appalling cover-up committed by the government agency charged with protecting the health of American citizens. Interviews with pharmaceutical insiders, doctors, politicians, and parents of vaccine-injured children reveal an alarming deception that has contributed to the skyrocketing increase of autism and potentially the most catastrophic epidemic of our lifetime.

For more proof MMR causes autism please view this heart wrenching video of a little boy named Indianan who is now in intensive therapy due to the critical life threatening changes in his behavior that occurred after being given the MMR vaccination before the age of one which caused him to withdraw completely. Parents testify it is now a daily struggle to reach their son who for the most part hasn’t clue what is going on around him. The parents say the difference in their son is starling.

Sad thing is there are thousands of parent who say the MMR is to blame for their children’s autism.

Dr Andrew Wakefield receiving calls in 1995 from parent who stated after their child received the MMR there normally developing child disappeared. Dr Wakefield said the parents observed traumatic changes in their children which prompted him to do an in depth study proving the MMR has caused autism.

**Did the Internet News Program “The HighWire With Del Bigtree” Break the Coronavirus Code?**

LOS ANGELES, Feb. 4, 2020 /PRNewswire/ – Last Thursday’s episode of “The HighWire With Del Bigtree” featured the expert analysis of virologist Dr. James Lyons-Weiler, who used science and facts to make a strong case that the coronavirus is lab created, not a naturally occurring organic permutation of a prior virus.

Dr. Lyons-Weiler, of the Institute for Pure and Applied Knowledge, showed and explained how the coronavirus’s genetic sequence–which has been publicly released by China-- contains a unique “middle fragment” encoding a SARS (severe acute respiratory syndrome) spike protein that appears, according to his genomic analysis, to have been inserted into the 2019-nCoV virus using “pShuttle” technology. This technique can only be done in a lab, as it has never occurred naturally in nature.

Dr. Lyons-Weiler buttresses his point with the following facts:

“This isn’t a ‘conspiracy theory,’ it is a scientific, medical theory," says Del Bigtree, the Emmy-winning producer and founder of non-profit Informed Consent Action Network (ICAN). "Its foundation is based on sound science, logic, and research, and the mainstream media needs to be asked whether it is going to pursue this link to SARS instead of trying to censor anyone who is trying to pursue truth via scientific fact.”

Dr. Lyons-Weiler has put all of the scientific evidence backing his theory on the web for other scientists and interested parties to research on their own. He says that new sequences related to the study come in every day, and that he will publish a definitive final study that challenges the contention that 2019 n-CoV has no history of recombination. He told Highwire that if there have been covert vaccination studies using this virus in China, the human subjects in such trials may have become super-sensitized to secondary challenge from natural infection, which is what animal studies to date have found for every experimental vaccines that uses recombinant SARS proteins.

“The older animals tend to die due to upper and lower respiratory distress syndrome,” says Lyons-Weiler. “This is part of the reason why we don’t have a vaccine for the common cold.”

“It is highly likely the coronavirus was lab-created, and if that is the case, the public needs to know,” Bigtree, who produced the controversial and revolutionary documentary “Vaxxed: From Coverup To Catastrophe” asserts. “Particularly as we keep reading of ‘a race for a vaccine,’ at a time when the World Health Organization’s claims about vaccine safety have been exposed as mere talking points for the pharmaceutical industry.”

RUSSIA WINS THE GREAT VACCINE RACE?! Watch WHAT IS A LIFE IF IT’S LOCKED DOWN? Watch IS THE “SECOND WAVE” COMING FOR OUR KIDS? Watch CUOMO INDIGNANT AS NY INVESTIGATES NURSING HOME DEATHS Watch COLLEGE STUDENT FIGHTS BACK ON MANDATORY TRACKING DEVICE...

VAXXED !! (FREE FULL MOVIE) From Cover up to Catastrophe, Screening Event July 29th 2016. the movie is 1 hour and a half 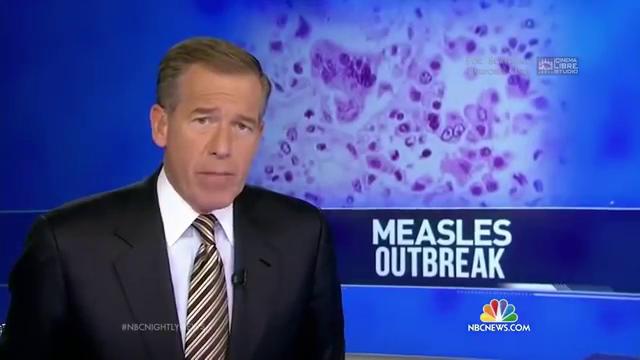 [mirrored] Original video: https://youtu.be/oX69l2HFh68 ( Before you Vaccinate THINK THIS!! Your Mother has ALL the anibodies in her , that put there BY God himself , that you will ever need YOU DO NOT NEED TO VACCINATE YOUNG OR OLD FOLKS !! … 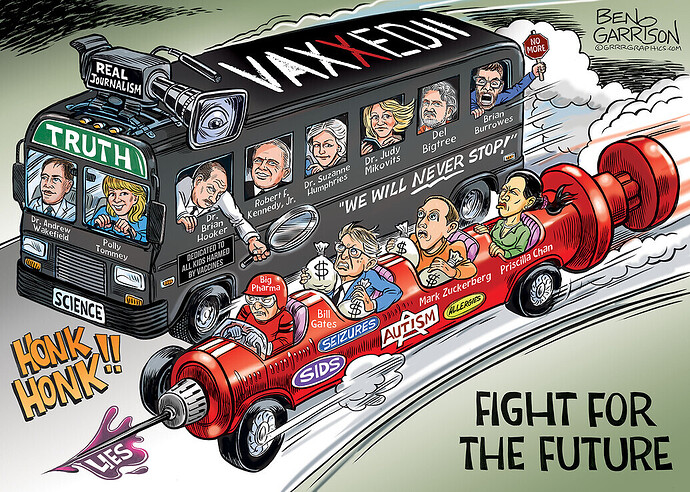 Thank you for the link to the full vaxxed movie

Dear @NancyDrewberry, You are certainly welcome.

Dear @be1, You are certainly welcome also.