The technical project for the construction of the San Roque sewerage and wastewater treatment plant has been approved. 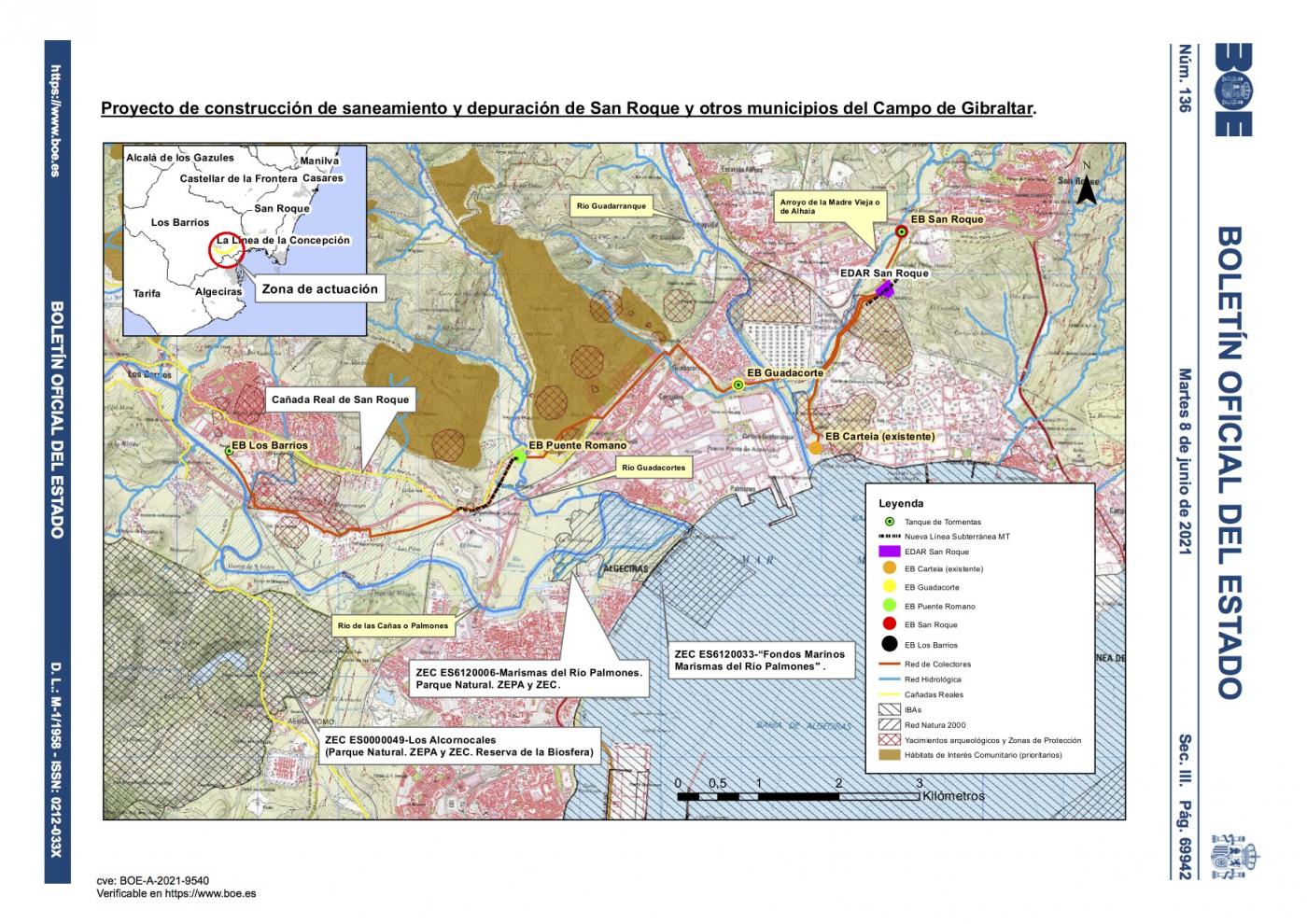 The Official State Gazette (BOE) published this Friday the announcement of the technical approval of the construction project for the sewerage and treatment of San Roque (Cádiz) and other municipalities in the Campo de Gibraltar, which has a budget of 55,595,778 Euros and a construction period of 36 months, including 12 months for commissioning.

As the Government Sub-delegation recalled in a note, the project, declared to be of general state interest, aims to resolve the problems of capacity and quality of the sewage and wastewater treatment in Campo de Gibraltar.

For his part, the Spanish Government's sub-delegate in Cádiz, José Pacheco, stressed "the Government's commitment to the environmental protection of an area in which many people live" and added that "these towns will see their quality of life improved thanks to this action".

It is a project that is "very necessary and in demand" by the citizens, which will resolve the problems arising from non-compliance with Directive 91/271/EEC on the treatment of urban waste water, the sub-delegation pointed out.

For the grouping of discharges and their transport to the WWTP, around 14 kilometres of pipelines will be built, with a maximum diameter of 600 mm, three storm tanks, four new pumping stations and the adaptation of an existing one, all of them equipped with a deodorisation system.

The state-owned company Aguas de las Cuencas de España (Acuaes), part of the Ministry for Ecological Transition and the Demographic Challenge, is speeding up the procedures so that the work can begin as soon as possible.