Guest Post by Steve Kirsch I’m getting multiple reports from my nurse friends about kids 2 and 3 years old having seizures. It is ONLY happening on vaccinated kids, and symptoms start 2 to 5 …

I’m getting multiple reports from my nurse friends about kids 2 and 3 years old having seizures. It is ONLY happening on vaccinated kids, and symptoms start 2 to 5 days after the COVID vaccine.

Doctors are mystified by a rash of seizures, rashes, etc. happening to 2 and 3-year-old kids.

The only thing these kids have in common is that they were given the COVID vaccine just days earlier (two to five days earlier).

The doctors cannot figure out what is causing the seizures (since it couldn’t be the vaccine since those are safe and effective). The medical staff is not permitted to talk about the cases to the press or on social media or they will be fired.

One nurse posted something to the effect of “how is this legal????” I had to paraphrase to protect the poster.

This is why you are hearing these reports from me. They can’t fire me.

There is nothing on the mainstream media about this since the nurses and doctors aren’t allowed to talk about it.

This will all come out some day, but for now, everyone is keeping quiet about it and the doctors are instructed to convince the parents that it isn’t vaccine related and that they are the only ones having the problem.

Because that’s how science works.

What a Crock! Here’s What the Mainstream Media and So-Called ‘Experts’ Are Trying to Tell Us About HUGE SPIKE in Sudden Arrhythmic Death Syndrome What a Crock! Here's What the Mainstream Media and So-Called 'Experts' Are...

The entire world is confronting an epidemic of Sudden Adult Death Syndrome, and health experts are still looking for answers. The syndrome is striking down healthy and active young people. According to a recent article in the Daily Mail, people under...

The entire world is confronting an epidemic of Sudden Adult Death Syndrome, and health experts are still looking for answers. The syndrome is striking down healthy and active young people.

According to a recent article in the Daily Mail, people under 40 are being encouraged to have their hearts tested because they may be at risk of Sudden Adult Death Syndrome.

The term “Sudden Arrhythmic Death Syndrome” (also known as “SADS”) refers to a sudden and unexpected death that occurs in adolescents and adults, typically during sleep caused by cardiac arrest, for which there is no evident explanation that can be established.

“The syndrome, known as SADS, has been fatal for all kinds of people regardless of whether they maintain a fit and healthy lifestyle,” the Daily Mail reported.

Author and researcher, April Hunter, tweeted about how the so-called health experts are trying to persuade us that gardening and falling asleep in front of the TV brings an early death.

There has been a shocking spike in unexplained deaths reported in the past year among 18-49 year-olds in the US.

The elites are grooming you to believe everything causes SADS when we all know better.

Below is the list of articles reported by so-called health experts to explain the recent spike in SADS.

Daily Mail: Expert warns that shoveling snow can be a deadly way to discover underlying cardiovascular conditions as straining the heart with physical activity could cause sudden death

Wales Online: Sweating more than usual and at night could be a sign of heart attack

Daily Mail: Entirely new kind of ‘highly reactive’ chemical is found in Earth’s atmosphere – and it could be triggering respiratory and heart diseases and contributing to global warming, scientists claim

New Scientist: Taller people may have a higher risk of nerve, skin and heart diseases

Medical News Today: What is the link between cold weather and heart attacks? 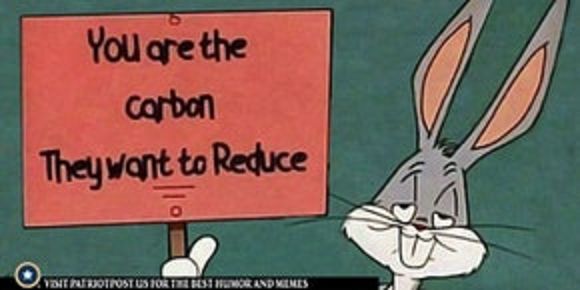 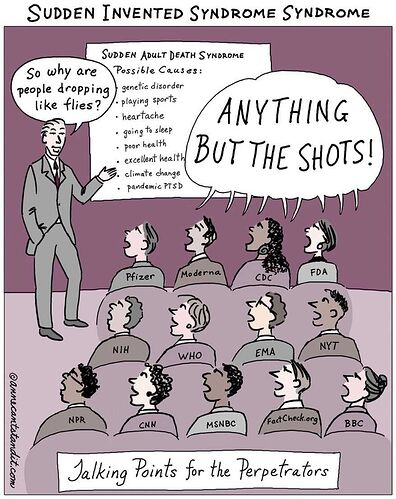 Clearly God did not make the human body to naturally perform this way but when damaged this is what happens. So who is it making this destruction happen? Why do parents insanely believe the money making propaganda, pure lies, that their children need to be injected with a bio-weapons? 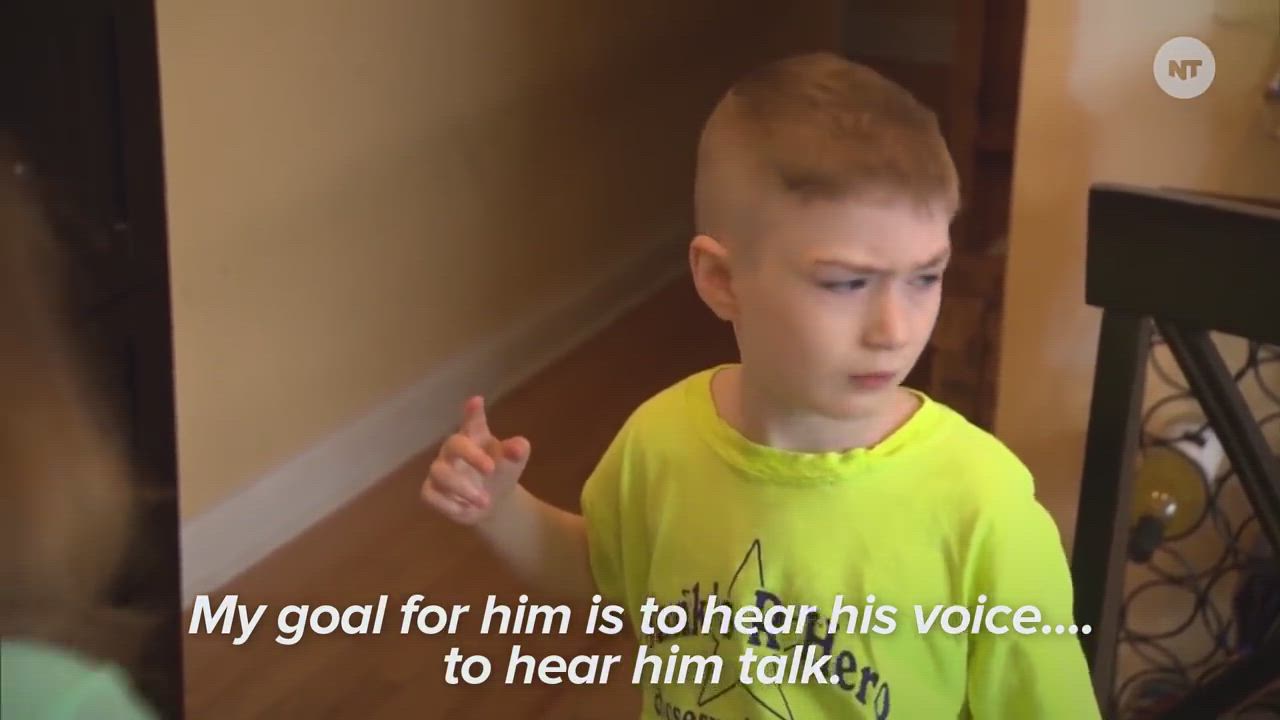 Cannabis oil can save your child's life. In some states, however, it can also land you in jail. 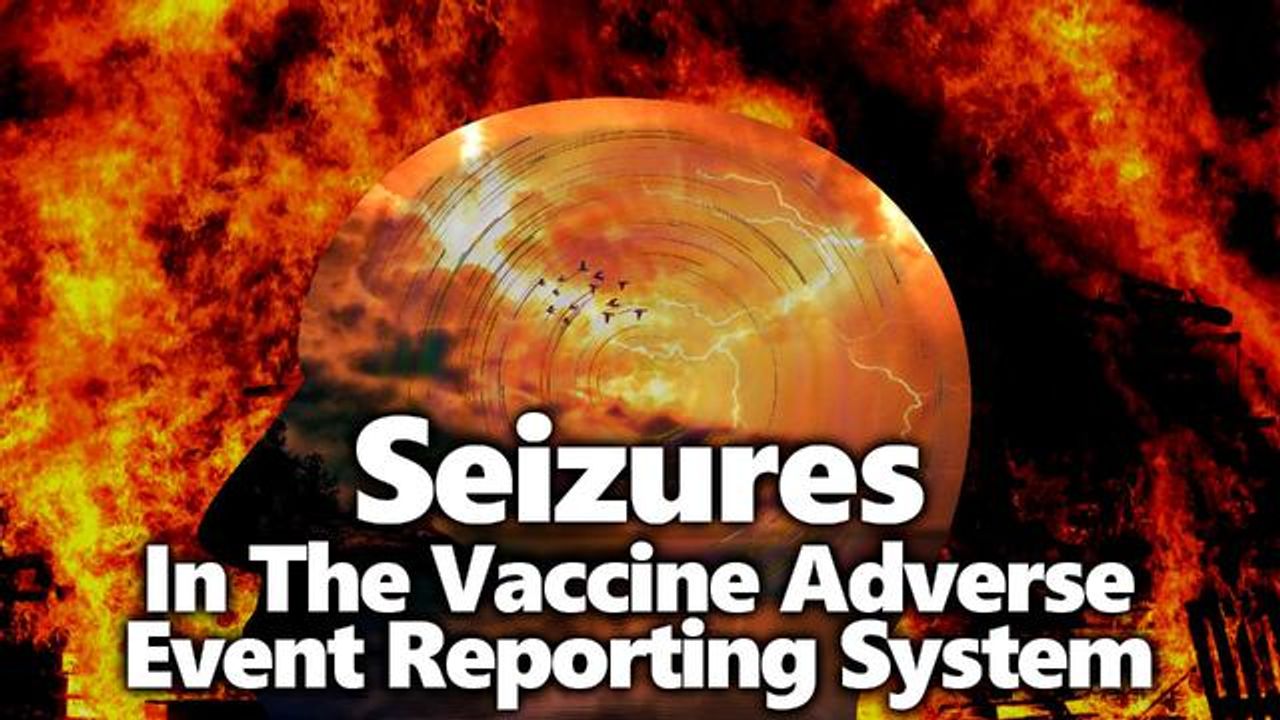 HORRIFIC: Many Seizures After COVID Vax, Including Young Children

Source: TimTruth on Bitchute Big Christmas sale for GroupDiscover.com - Members research site with vast searchable archive of documentaries and reports on a wide range of topics. New members save 55% for life with coupon code Christmas... 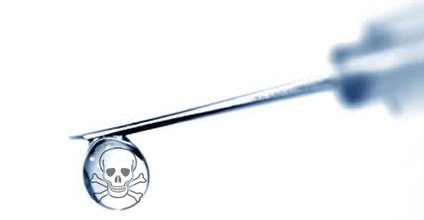 Every single vaccine currently in existence, whether for adults or children, contains at least one or more toxic ingredients or excipients that are injected directly into the body. One of these ingredients called sodium deoxycholate is found in almost every flu vaccine. This chemical is a water soluble ionic detergent/bile salt which causes cell death.

It has been shown to weaken the blood-brain-barrier (BBB) and subsequently activate seizures. It has also demonstrated synergistic toxicity with other medications.

Detergents and emulsifiers promote tumors and cause cells to leak or explode by weakening their walls, with no mechanism for regulating destructive activity. These chemicals are not completely purified out of the final vaccine product, so they enter the body at the time of injection.

Detergents are used extensively in cell research precisely because of their ability to break cells open for further analysis. This catastrophically mimics the membrane attack complex (MAC). Detergents hit cells at random and continue destroying cells regardless of which call off the attack.

Sodium Deoxycholate is completely foreign to the relationships that define and make up the delicate balance of the immune system. It systematically disrupts these relationships to negate the optimal function and design of immune responses.

According to Thermo Scientific, it is especially useful for disrupting and dissociating protein interactions.

Vanderbilt University School of Medicine researchers showed that the pharmacokinetics and toxicity of sodium deoxycholate produced an inflammatory response that persisted 10 days.

The pharmacokinetics of vaccines are never examined meaning that no study has ever established the rates of bodily absorption, distribution, metabolism and excretion of any of the ingredients including any of the toxic extraneous components such as sodium deoxycholate. This can easily be verified by reading the vaccine insert or manufacturer’s PDF of the formulation on their website.

It’s certainly not a chemical that will advance the status of human health regardless of the claims behind the medical industry or touting of the benefits exceeding the risks. Since the benefits of the flu vaccine are typically less than 4% and maximum 6.25%, I would say the risks from have sodium deoxycholate injected directly into your body far exceed any benefit that may be derived from ANY flu vaccine.

Please ask this of any person who still believes in the flu vaccine: Would you rather risk injecting a chemical solution containing foreign DNA and a detergent like sodium deoxycholate (or thimerosal) with all of the potentially toxic effects and a maximum protection of 6.25% against the flu, or would you rather just take your chances?

Dave Mihalovic is a Naturopathic Doctor who specializes in vaccine research, cancer prevention and a natural approach to treatment.

This Detergent In Almost Every Flu Vaccine Affects The Blood Brain Barrier...

by Dave Mihalovic PreventDisease.com Every single vaccine currently in existence, whether for adults or children, contains at least one or more toxic ingredients or excipients that are injected directly into the body. One of these ingredients called... 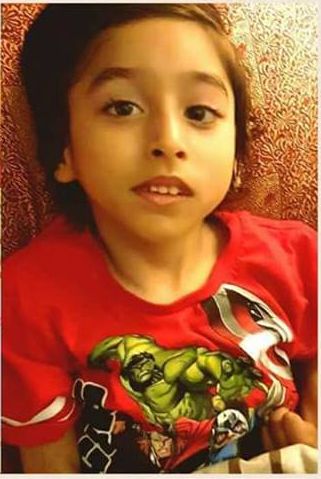 On May 19, 2017, 4-year-old Chase Walker-Stevens, a vaccine-injured child with severe cerebral palsy and epilepsy in Australia, was forcibly removed from his parents because they had chosen to wean their son off all pharmaceutical products and treat him holistically.

In a video taken minutes after Chase was stolen, his father, Marc Stevens, wept as he told friends and supporters how police had stormed into the hospital, locked him into the bathroom and snatched Chase from his mother’s arms, before arresting her.

During the distressing six-minute footage of events, we can witness for ourselves how supporters of the family are pepper sprayed by the police as they watch the child’s mother, Cini, being dragged from the hospital kicking and screaming.

According to reports, Chase had a perfectly normal birth. He received his initial vitamin K shot a few minutes later and within two hours, had begun to suffer seizures. The doctor who examined him at the time diagnosed anaphylaxis, a severe life-threatening allergic reaction to the vitamin K injection.

In a statement written by a representative from the Australian Vaccine Network (AVN), Ms. Meryl Dorey, Chase’s seizures worsened after he received his vaccinations.

Chase was vaccinated according to the vaccination schedule, with increasing seizure activity and hospitalization after every dose of vaccine that was administered. To date he has, received 27 out of 31 scheduled vaccines.

Since receiving his vaccinations, Chase has been diagnosed with an uncontrollable seizure disorder and cerebral palsy. According to newspaper reports, until recently, he was suffering from approximately 100 seizures a day, which had caused him to suffer significant brain damage.

Mother believes that the hospital 100% harmed her child.

See video: ‘They almost killed him’: Mum blasts hospital after taking son away

What is really shocking about this case is the fact that governments have known that vaccinations can cause epilepsy since the 1970s. In 1979, Dr. D. Neary, M.D., M.R., C.P., a Consultant Lecturer of Neurology, wrote a letter to the Department of Health in the UK, which stated:

I have had an increasing number of patients bringing their epileptic children and asking whether the whooping cough vaccine played a part in their disorder. Could you give me as many details as possible about the present legal situation regards this group and the type of information they require in order to prove relationship between the vaccination and the disorder.

I would be most grateful if you could give this information. 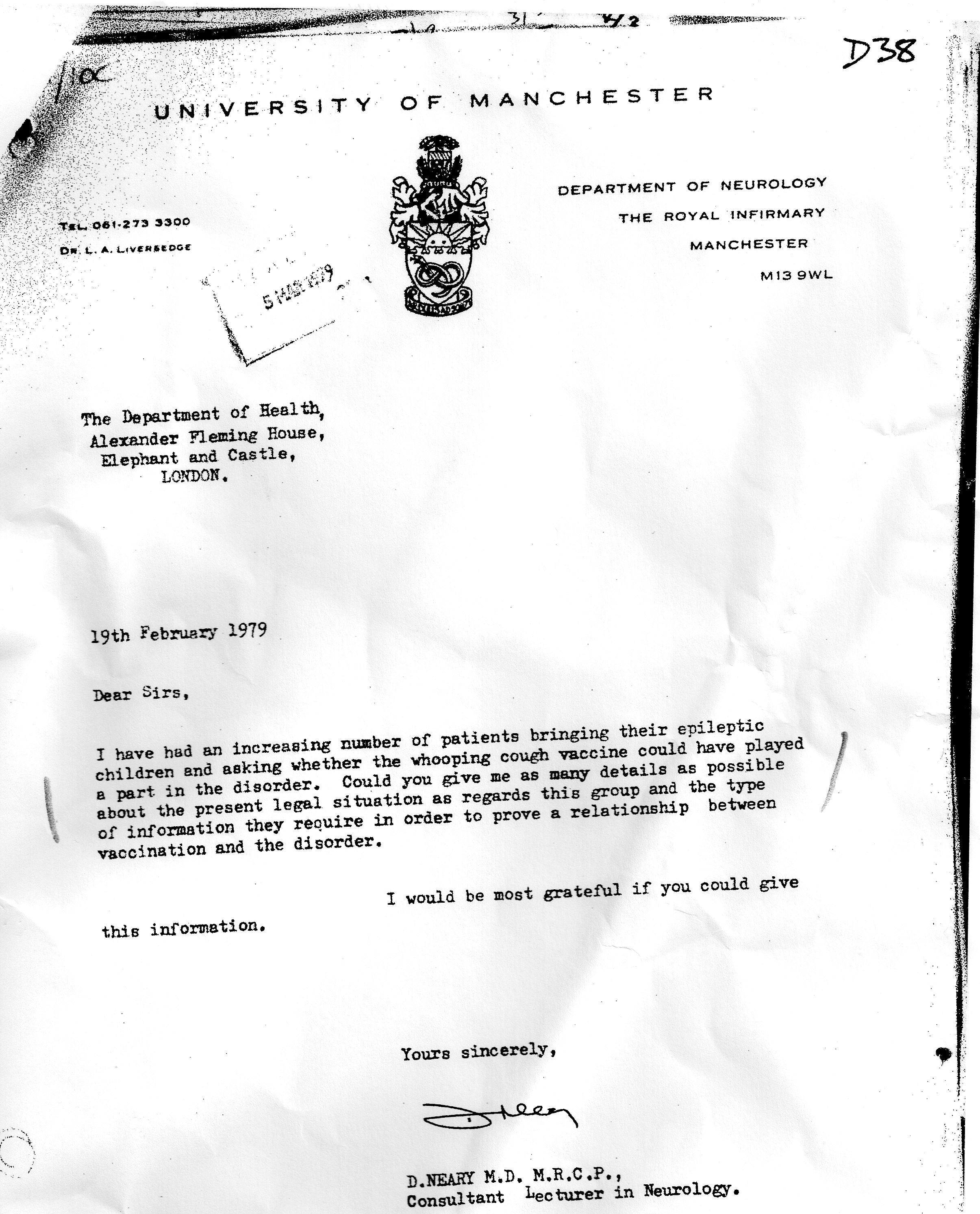 Supplied for Education and Information only under FOI.

His letter clearly identified that the DPT vaccination had been a concern from as far back as the 1970s and his fears were further confirmed by professionals in another report that had been written around the same time, titled: Views from the Advisory Panel. The report, written to advise the UK government of the dangers of vaccination, stated:

However, from a careful scrutiny of the data, it was felt that 3 clinical patterns could be discerned.

See report here. (Supplied for Education and Information only under FOI.)

In 1997, a paper titled The Tainted History of the DPT, author Dr. Harold Stearley stated that:

There’s no question that DPT vaccinations save lives; they have lowered the annual pertussis deaths from about 1000 annually to less than ten. Unfortunately, as reported by the National Vaccine Information Center (NVIC), the form of the vaccine used and sanctioned by the Centers for Disease Control also kills as many as 900 children per year, and leaves one of every 62,000 children immunized with permanent brain damage. Are those acceptable risks?

In 1977, British researcher Dr. Gordon T. Stewart, of the Department of Community Medicine at the University of Glasgow, documented adverse reactions to DPT vaccine and evaluated the benefit to risk ratio for children in the United Kingdom. His research demonstrated that 1 of every 54,000 children receiving the vaccine suffered encephalopathy (brain dysfunction) with rare instances of mental retardation ensuing. Other symptoms included fits of screaming, unresponsiveness, shock, vomiting, localized paralysis, and convulsions.

He determined that adverse events were severely under-reported or overlooked, that no protection from the disease was demonstrable in infants, and that claims by official bodies that risks of whooping-cough exceeded those of vaccination were very questionable. He estimated the risk of transient brain damage and mental defect to occur in 1 out of every 10,000 vaccinated, and risk for permanent brain damage to occur in 1 out of every 20,000 to 60,000 vaccinated.

Chase’s Parents Told to Go Home and Plan His Funeral 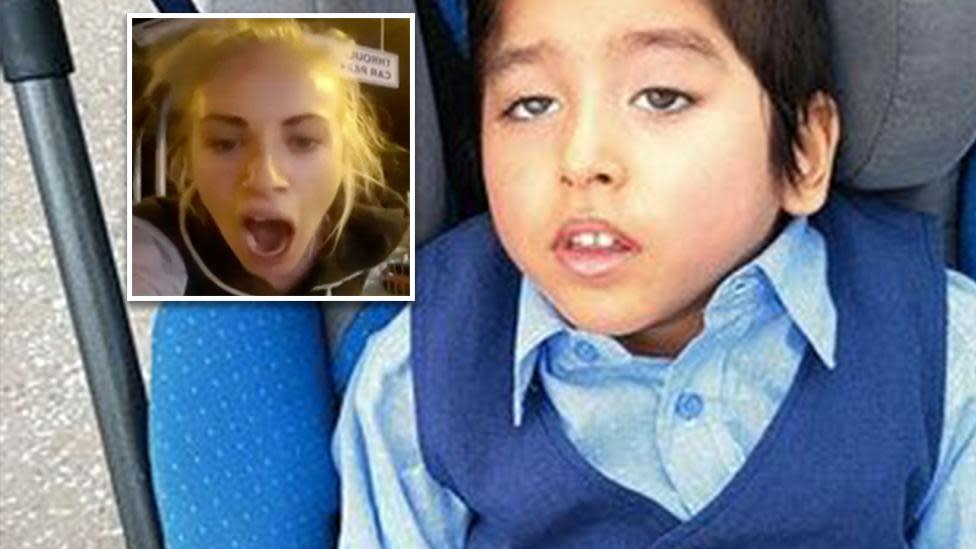 'They almost killed him': Mum blasts hospital after taking son away

Mother of disabled boy removed from a Queensland hospital used Facebook to accuse hospital of harming him.