On November 9, 1989, the Berlin Wall fell thunderously, crushed by the unsustainability of the communist regime in East Germany and by the pressure that the states of the free world had exerted on the Soviet Union and its sphere of influence for...

Renato Cristin – Communism has survived, why? We have seen a flood of books and articles praising communism and its nefarious leaders for decades.

Almost no authorities, political, religious, or civil, raised their voices to condemn such impudence, such a display of ideological arrogance and insensitivity to the more than a hundred million victims caused by that ideology.

Because all over the world there is a safety net that extends to all sectors of society and which exercises a great power of influence on public opinion. Socialist-communist ideology (in all its variants) is in fact predominant today in the mass media, in the educational system (universities and schools), in showbiz, in the world of publishing, culture, and art.

To really understand why communism has survived, we must understand It from a Biblical Perspective (Good vs Evil): 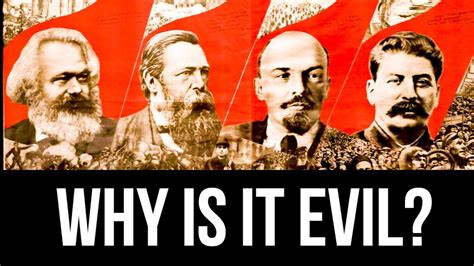 Communism was a weapon

"In the early 1850's; the Illuminati held a secret meeting in New York which was addressed by a British Illuminist named Wright. Those in attendance were told that the Illuminati was organizing to unite the Nihilist and Atheist groups with all other subversive groups into an international group to be known as Communists. That was when the word: "communist" first came into being and it was intended to be the supreme weapon and scare-word to terrify the whole world and drive the terrorized peoples into the Illuminati one-world scheme. This scheme: "communism," was to be used to enable the Illuminati to foment future wars and revolutions. Clinton Roosevelt, a direct ancestor of Franklin Roosevelt; Horace Greeley; and Charles Dana; foremost newspaper-publishers of that time were appointed to head a committee to raise funds for the new venture. Of course, most of the funds were provided by the Rothschilds and this fund was used to finance Karl Marx and Engels when they wrote "Das Kapital" and the "Communist Manifesto" in Soho, England. And this clearly reveals that communism is not a so-called ideology, but a secret weapon; a bogy-man word to serve the purpose of the Illuminati. – The Illuminati and The Protocols

The gentiles rightly judged the "tree " by the fruit it bears and were revolted by the actions; greed and injustice of the political systems of the Two Witnesses and therefore these peoples; multitudes; nations and tongues/languages (waters - Rev. 17 v 15) were turned to blood (red - communism). Away from God to Satan. They were DRIVEN to communism by the actions of the Two Witnesses because the two witnesses have done to them whatever they liked, as often as they willed (wanted) - Rev. 11 v 6... Karl Marx, the human and "visible" author of communism, working for his master Satan, claimed that he had been given a sword by Satan and he would drag God down from heaven and defeat Him with it. Rev. 6 v 4 - the second horseman on a red horse was given a great sword. RED is Satan's colour (Rev. 12 v 3 & 9) – The Four Horsemen of The Apocalypse

Those masters, however, are the force behind International Finance, and also the power behind Communism. Through Communism they have gained a large part of the world, from which they are spreading its godless doctrines. But Communism is only a means to an end. Their real objects are the acquisition of wealth, the destruction of Christian civilization, and the erection upon its ruins of a world-wide dominion for their benefit, and for their benefit alone – Fight for The Kingdom of God

The object of Satan's exercise is to keep you going in circles using THEIR "laws" to support/justify your righteous position instead of using God's Laws. This not only continues to lend credibility and legitimacy to the Hidden Hand's unLawful system, but guarantees income for JUDGE$ and £AWYER$. By first accepting the false validity of man-made legislation, most people waste time and effort getting caught up in arguing the "merits" of man-made forms such as capitalism, socialism, communism, objectivism, parliaments, congresses, etc. – How To Defeat The New World Order

They have also turned people away from MY teachings, through their corruption; instead of bringing people to my teachings, by setting a good example. If they had followed MY teachings, they would not have DRIVEN people to communism and atheism, serving mammon and Satan (giving power to the Beast), and would not have turned the Moslems against the Christians – TWHOFTF Chapter 9:76 – The Way home or Face The Fire.