New Naval military action by Spain in the Strait of Gibraltar. 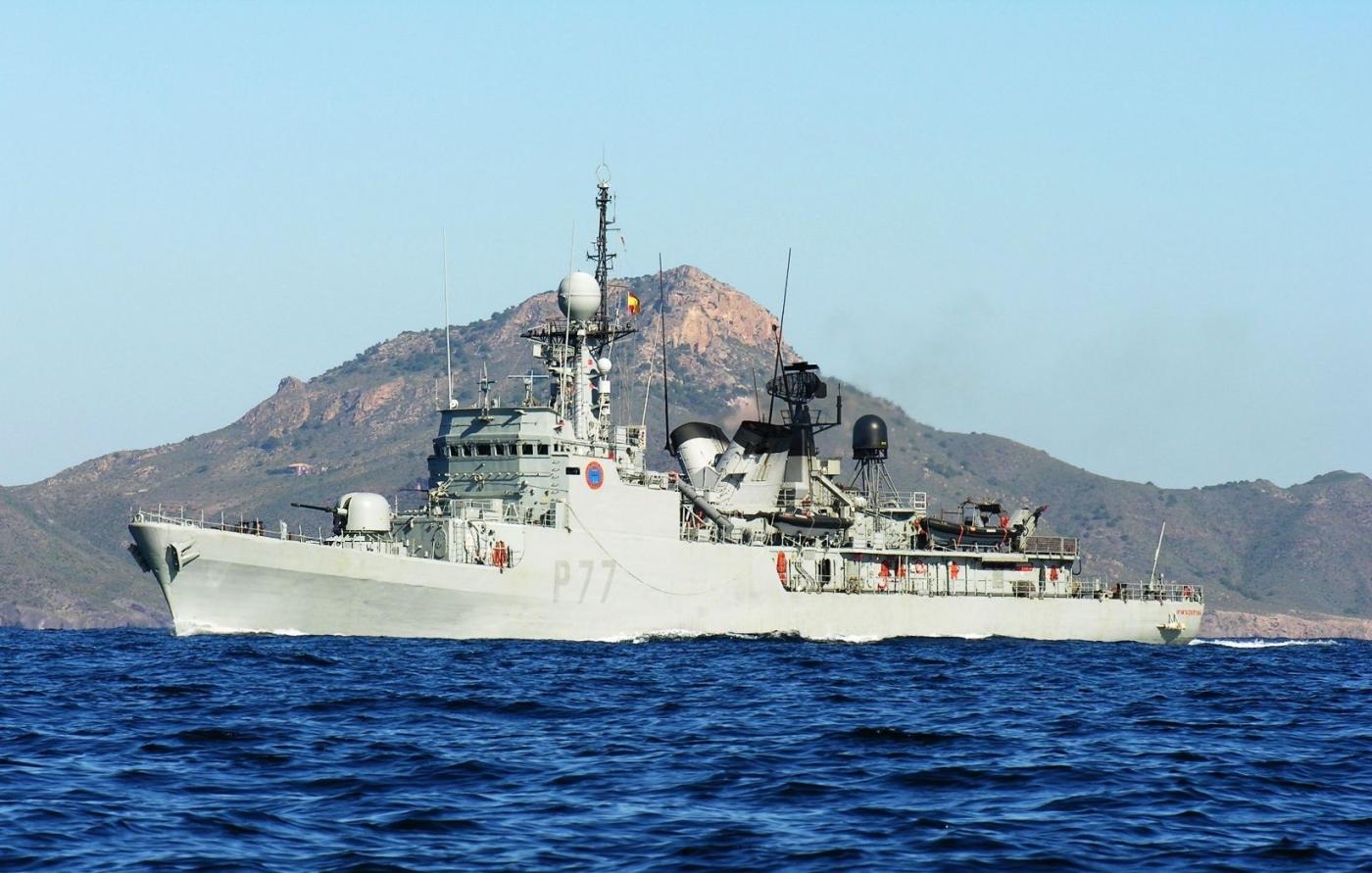 The offshore patrol vessel "Infanta Cristina", based in Cartagena (Murcia), set sail last Wednesday afternoon to carry out surveillance and security operations in the maritime areas under national sovereignty in the Strait of Gibraltar, as part of the permanent operations of the Armed Forces.

During navigation, the 'Infanta Cristina' will be integrated into the Maritime Operational Command (MOM), under the operational control of the Operations Command (MOPS).

According to the Navy, the ship sets sail with a crew of 74 people plus seven Marines from the Operational Security Team (EOS) belonging to the Tercio de Levante.

It also collaborates with and supports other public bodies in the control of maritime traffic, fishing surveillance and in the search and rescue of shipwrecked persons.

Built as the fourth corvette of the "Descubierta" class by Empresa Nacional Bazán in Cartagena, it was delivered to the Navy on 24 November 1980, and the National Flag was hoisted on board for the first time by H.R.H. the Infanta Doña Cristina.

The MOM is the organisation of the operational structure of the Armed Forces, subordinate to the Chief of Defence Staff (JEMAD), responsible for planning, conducting and monitoring surveillance and security operations in maritime areas of sovereignty, responsibility and national interest.

It is under the command of the Admiral of Maritime Action (ALMART) and is based in Cartagena.

Permanent Operations
Permanent surveillance and deterrence operations are an effective tool for maintaining surveillance of sovereign spaces, which allows for the early detection of threats and facilitates an immediate and viable response to a potential crisis.

On a daily basis, some 3,000 Armed Forces personnel are involved in permanent operations, under the operational control of the Operations Command.