The Junta earmarks nearly 860,000 euros for improvements to the Castle in Castellar 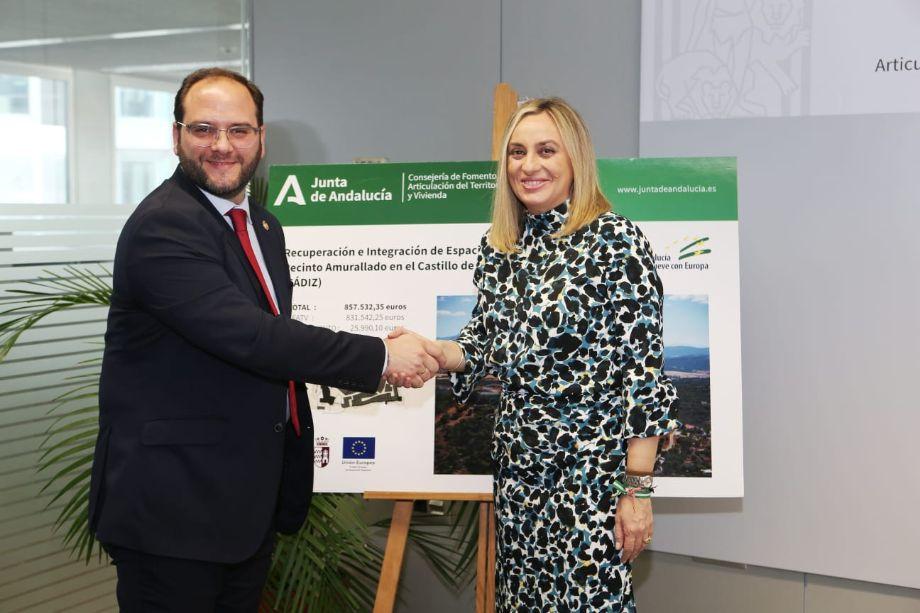 This action has a budget of 857,532 euros, of which the Junta will contribute 97 percent of the total cost, with a completion period of six months for work to be carried out throughout 2023.

The intervention, co-financed with European Feder funds, is based on two main axes, the first of which focuses on the recovery and enhancement of two emblematic areas of the castle, currently in disuse, such as the garden and the cistern square, which will be used for the development of economic and cultural activity.

The garden, one of the most singular enclaves of the castle, currently presents a situation of abandonment derived from a previous unfinished action that left some archaeological remains uncovered.

The approved project will not only allow the conservation and protection of these remains, but will also improve access to the garden from the main square of the fortress and the open spaces related to a nearby hotel.

In addition, an intervention will be undertaken to recover the interior vegetation with orange trees, cork oaks, olive trees and lavender, giving value to a place with panoramic views of the natural park of Los Arcornocales.

The intervention in the courtyard of the cistern focuses, on the other hand, on seeking a functional access with interior and exterior routes, for which it will promote the recovery of the façade of the fortress, where the existing paths will be conditioned to form a landscaped and terraced urban space in direct relation to the residential area outside the walls.

All these actions seek to enhance the value of the interior spaces of the castle-fortress, with particular emphasis on improving accessibility conditions.

The second axis of the intervention focuses on the squares of La Posada and El Salvador, the beginning and end of the route within the historic walled complex.

The councillor highlighted the "singularity of this intervention to make the castle of Castellar de la Frontera, declared an Asset of Cultural Interest in 1949 and one of the few examples of medieval fortifications still inhabited today, more attractive and accessible".

The project is included in the ITI programme in Cadiz as part of the Urban Public Space Regeneration Programme (Prepu) aimed at promoting urban development actions for the regeneration of spaces that boost the tourist and commercial sector through cooperation with the town councils.

The project, drafted by municipal technicians and supervised by the technical services of the Regional Ministry of Development, Territorial Planning and Housing, will be tendered and executed by the Regional Development Office in Cádiz.