The contract for the works of the 'La Línea Amable' plan has been signed. 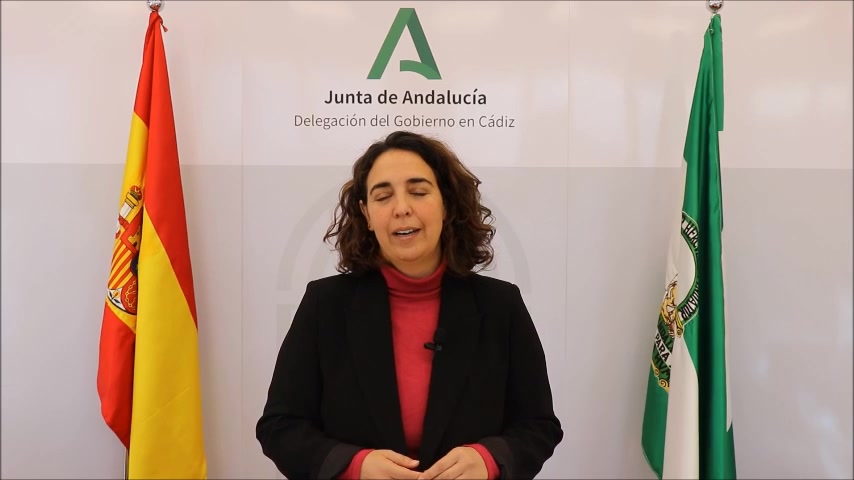 The signing was carried out with representatives of the company awarded the contract, Construcciones Majoín, and the total amount of the project is 1,012,953 euros, from an initiative which has been granted a total amount of 1.2 million euros from this Regional Ministry and which consists of the regeneration of the urban public space in the Paseo de La Velada and the area around the bullring in the town of La Línea.

Carmen Sánchez pointed out that "the Andalusian Government has signed this contract so that the works can begin, which are intended to improve these areas of La Línea, as well as the environmental quality of this municipality and the quality of life of the people of La Línea, with a major investment that will allow this urban regeneration and ensure that La Línea continues to be a pedestrian-friendly area".

The Regional Ministry's delegate also valued this commitment to the transformation of cities based on a model of sustainability and accessibility, within the framework of the Vive Tu Ciudad Plan promoted by the Andalusian Regional Government. This type of initiative also contributes to the socio-economic reactivation of urban spaces and for its development, the institutional collaboration with town councils such as the one in La Linea stands out.

Specifically, the 'La Línea Amable' action is part of the 'Environmental Island' type and aims to recover the identity of the old space where 'La Velada' was originally installed, an open space historically used by the population as a place for fairs and recreation.

In this act of signing the contract, it was recalled that the initiative consists of the creation of a 'superblock' by rearranging traffic and parking on the perimeter roads, in order to increase the interior pedestrian area, where the facilities are concentrated. This supposes the elimination of road traffic (except for access to private garages), recovering a space with the status of a square. At the other end of Calle Clavel, it is planned to increase the pavement around the multi-purpose building of the bullring.

The content of the project for this action includes the proposed pedestrian connection of the square with the Paseo de La Velada. In addition, the design of the singular spaces includes the inclusion of autochthonous vegetation, walls and plant casings, underground installations, decontaminating paving and pergolas, as well as providing universal accessibility to the area in this space.

The tasks to be carried out are aimed at enhancing the value of this urban space and will provide an improvement in terms of sustainability and comfort conditions, as well as increasing public accessibility and safety.

The work to be carried out in La Línea is one of the eight selected for the programme for the regeneration of public spaces, which has a total budget of 10.4 million euros, of which the Andalusian Regional Government is providing 9.7 million through European Feder funds within the framework of the Integrated Territorial Investment (ITI). The programme aims to boost economic activity and tourism by creating citizen-friendly spaces.