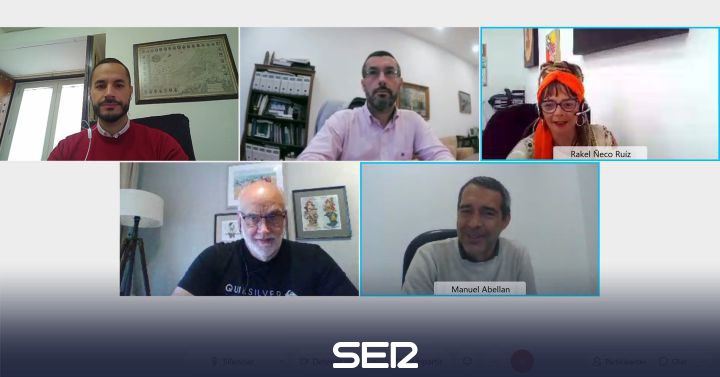 The City Council of La Línea de la Concepción has decided to join the protest organized by the group 'Unity For La Línea' on June 5 with the aim of rejecting the projects that Red Eléctrica of Spain proposes in that town.

The demonstration is coinciding with World Environment Day, and highlights the numerous activities that the group is developing to prevent Red Eléctrica, with it's intention of providing electricity to Ceuta. The intention is to install a substation on an area of 40,000 square meters on the Finca 'Los Portichuelos', between Santa Margarita and La Alcaidesa. 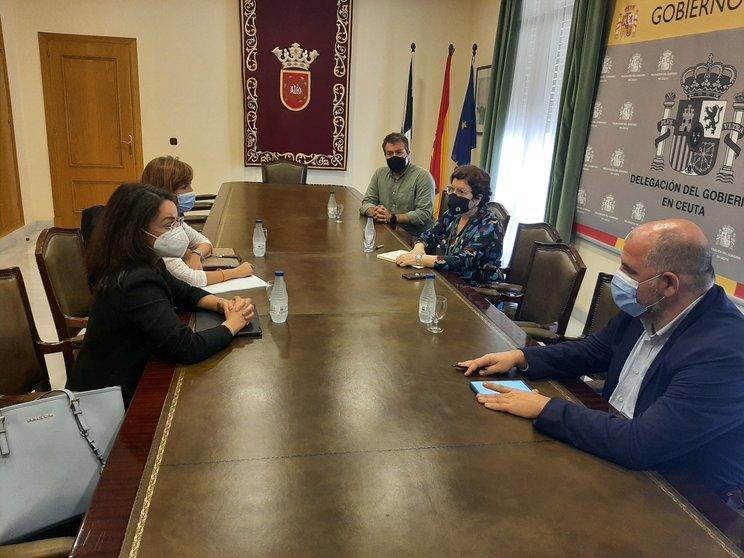 Red Eléctrica confirms to Ceuta that the connection will be with the Puente Mayorga substation.

The company met with the Government Delegation of Ceuta and will confirm the project, once the issues have been resolved.

The heads of Red Eléctrica Spain have confirmed today that the Autonomous City of Ceuta will have an electricity cable connection with the peninsula, specifically with the "Algeciras" substation, located in Puente Mayorga, in San Roque, in a project that is expected to be completed by 2025.

In a statement, the Government Delegation informed that the Government Delegate, Salvadora Mateos, met today in the city with Sara Sevilla, head of the Cable Connection Project that will link Ceuta with the peninsula, and Ágeda Arevalo, responsible for processing the project, once all the issues that occurred in relation to the location of the substation, known as "Algeciras", located in Puente Mayorga, in San Roque, have been resolved, as sources from Red Eléctrica has indicated to VIVA, despite the fact that the note from the Government Delegation in Ceuta spoke of its connection with Algeciras.

The cable that will link Ceuta with the peninsula will have a double circuit - one underwater and the other underground - and will be estimated to be around 70 kilometres long, of which 60 kilometres will be under the sea and 10 kilometres on land, underground. The land section in Ceuta has been fully defined and the route on the peninsula has already been fixed. 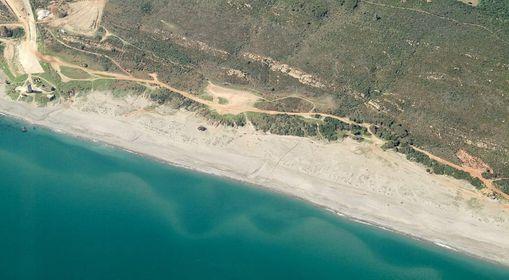 The organisation alludes to information from Verdemar indicating that the project, which was expected to be moved to San Roque, has not changed.

The citizens' platform Cambiemos La Línea has demanded transparency regarding the project for the Red Eléctrica de España substation planned in the first instance in Los Portichuelos and the submarine cable connecting it to Ceuta, a plan to which it has reiterated its opposition, while announcing new mobilisations if necessary.

Cambiemos La Línea is directly addressing the mayor, Juan Franco, and the national socialist deputy, Gemma Araujo, as well as the president of the Cádiz Provincial Council, Irene García, to whom it demands a public explanation about the construction of the substation in Los Portichuelos, a fact that was announced in July 2021 by the company and the City Council that it would not happen, as the project would be transferred to San Roque.

The platform alludes to statements made by the spokesman for Verdemar Ecologists in Action of Campo de Gibraltar, Antonio Muñoz, on the resolution of the decree for the installation of the substation, which has not been modified, he said, so, in his opinion, the location of the project is still Los Portichuelos.

The organisation regrets that La Línea "is bearing the brunt of the project, as it will not see any benefit from it, but rather a loss of territory, a serious impact during the construction phase, a subsequent environmental risk due to cable breakage, etc., as has been happening in the Morocco-Tarifa interconnection".

For this reason they "call on the civil society of La Línea to express our categorical opposition to the link, which would leave with high voltage towers from the substation of Pinar del Rey (San Roque), would connect with another substation of new construction in Los Portichuelos (La Línea) of 40,000 square metres, would break the municipality in two, and would cross the Strait of Gibraltar to Ceuta". 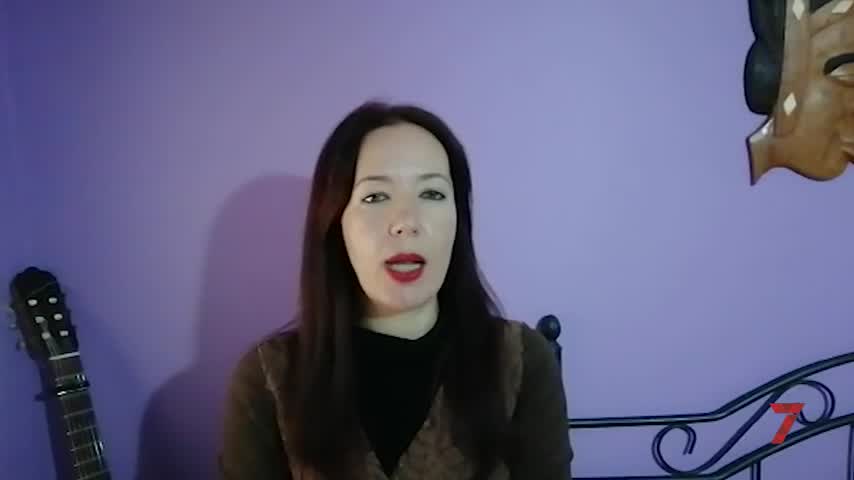 Verdemar calls for a big demonstration against the Puente Mayorga substation

Verdemar Ecologistas en Acción has called on the Campo de Gibraltar to protest against the electricity substation in Puente Mayorga, in San Roque. "We must not allow there to be first and second class citizens. If the substation could not be installed in Los Portuchuelos, in La Línea, because there was a tourist complex, there is even less reason for it to be installed 50 metres from a neighbourhood and a school", they point out.

The environmental group is asking for support of the El Puente por su futuro platform to lead 'a massive demonstration to fight against the substation that Red Eléctrica Española intends to install next to the Los Gallegos stream, 50 metres from the town".

"We will oppose this action and this will be the second protest against this change of location of the substation proposed by the development of the RDT of Electrical Energy Period 2021-2026 and Resolution 2897 of 11 February 2021, of the National Commission for Markets and Competition, which grants the singular character of the new submarine electrical interconnection of 132 kV double circuit electrical energy transmission link, Peninsula-Ceuta, requested by Red Eléctrica de España S.A.U., between the electrical substations of Puente Mayor, the Strait of Gibraltar and Virgen de África (Ceuta)", they add.

Puente Mayorga "is home to the largest concentration of heavy industry in Andalusia and once again we believe that the local residents have been ignored for political reasons. Locating the substation a few metres from the town of Puente Mayorga is not the solution to the Energy Development that this region and Ceuta need", the ecologists explain.

"The Autonomous City can solve its energy deficit with an alternative energy plant, without having to condemn Puente Mayorga to another polluting industry.

We have to put up with a spider's web of high tension towers, coming from six combined cycle power plants of 400 MW each, other substations of the petrochemical industry, an oil company that distills 16 million tons of barrels of crude oil a year... We have paid a considerable "environmental and health toll", which has uprooted the population", they conclude. 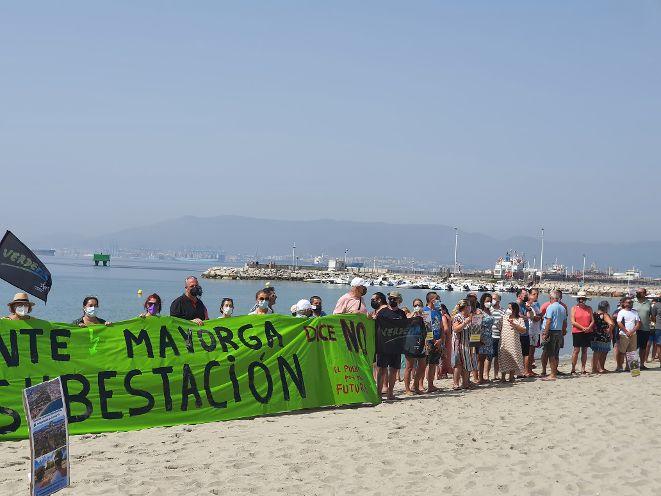 All the political groups of the corporation unanimously condemned yesterday in the plenary session the plans of Red Eléctrica to build a new substation annexed to the current one in Puente Mayorga as part of its plans to supply electricity to the autonomous city of Ceuta.

As will be recalled, in recent days REE published its strategic plan until 2026, in which it confirmed, despite the opposition of citizens, social platforms and the San Roque town council itself, the construction of this infrastructure in Puente Mayorga. 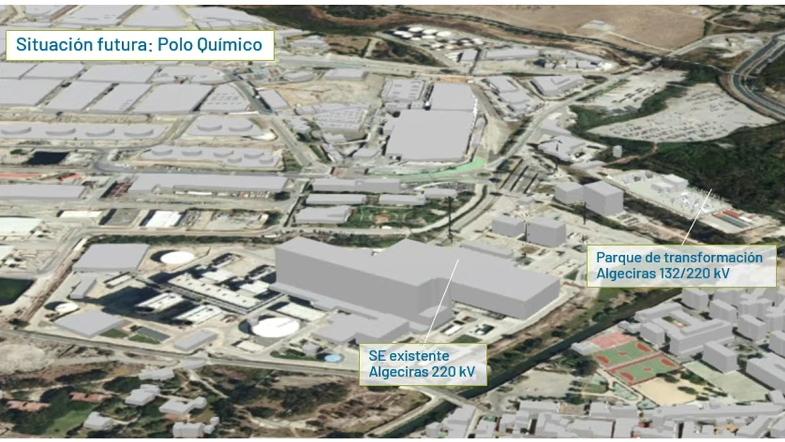 Red Eléctrica de España (REE) has restarted the environmental processing of the interconnection project between the Campo de Gibraltar and Ceuta, which includes a underwater cable across the Strait and the extension of a substation in Puente Mayorga. Verdemar Ecologistas en Acción announces allegations.

The Official State Gazette (BOE) published this Saturday the announcement of the Industry and Energy Area of the Government Subdelegation in Seville, by which the application for Prior Administrative Authorisation, Administrative Construction Authorisation, Environmental Impact Statement and Declaration, specifically, of Public Utility of the Peninsula-Ceuta electricity interconnection, made up of various facilities, but which will be processed by the General State Administration as a single file, is submitted for public information.

"Although the entire action is being processed as a single file, the public exhibition is carried out through a single Environmental Impact Study and four sub-projects," the publication states.

The first, the underground-submarine interconnection line, with a budget of 137,597,570 euros, affects the municipalities of San Roque and La Línea, as well as Ceuta. This is in addition to the "extension of the existing Algeciras substation" - this is the name of the substation, not the town - in Puente Mayorga (16.4 million euros). The third subproject is the 'extension of the Algeciras 220 kV substation and the 220 kV double circuit underground interconnection line which will connect this extension with the future Algeciras 220/132 kV transformation substation (3.2 million). And the fourth, the new substation in Ceuta (8.4 million budget).

Verdemar
Verdemar had lodged an appeal against the resolution of 8 April last by the Secretary of State for Energy, which published the Agreement of the Council of Ministers of 22 March, approving the planning of the electricity transmission network Horizon 2026.

According to the environmental group, the REE project has "failed to comply with Order TEC/212/2019, of 25 February, which initiated the process of drawing up the planning of the electricity transmission grid for the period 2021-2026". It does so because there has been "a substantial change in the project with respect to the initial location of the substation in Los Portichuelos (La Línea) to Puente Mayorga", which "disqualifies" the proposal.

Likewise, Verdemar points out, "this change also fails to comply with the Resolution of 9 December 2021, of the Directorate General for Environmental Quality and Assessment, which formulates the strategic environmental declaration of the Plan for the Development of the Electricity Transmission Network 2021-2026".

The change in the location of the substation "overturns all previous notifications. The environmental considerations and effects on health are totally different and are neither analysed nor informed," they point out.

Specifically, Verdemar points out the "cumulative or synergistic risks" and the "lack of a cumulative study that takes into consideration the risk that the installation of a new electrical substation 50 metres from an inhabited neighbourhood would imply". The organisation announces that it will plead again. 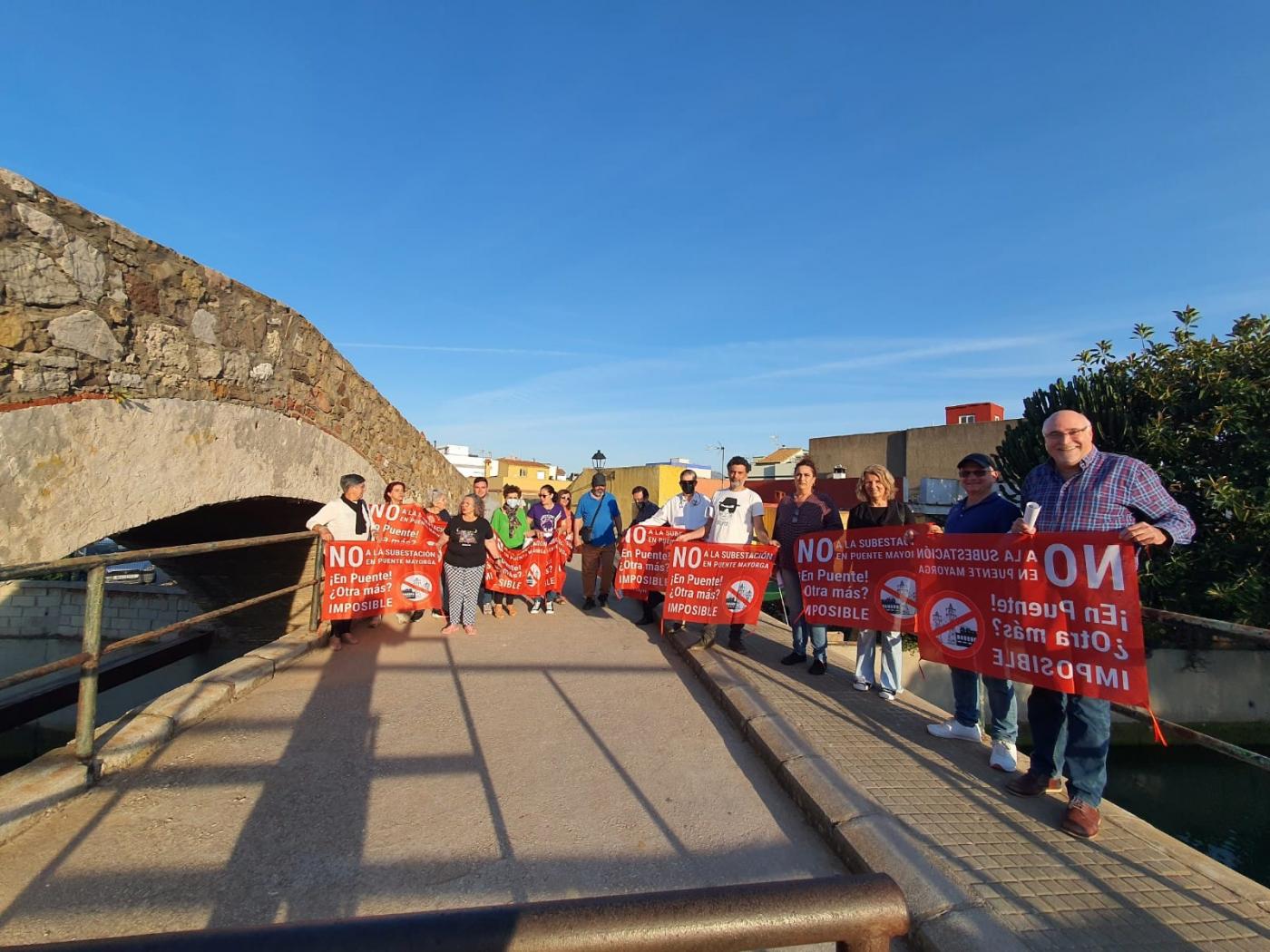 Neighbourhood groups from the bay arch in San Roque and environmentalists from Verdemar have met to prepare "a common front" against the Puente Mayorga substation. Among other actions, a demonstration has been called for Thursday 12 May.

The residents will demonstrate that day in Puente Mayorga "asking for help from the people of San Roque, from all its social and political fabric". The protest will leave from the Cepsa neighbourhood at 18.00 hours.

These groups have announced that they are going to present allegations of appeal against the Resolution of 8 April 2022, of the Secretary of State for Energy, which publishes the Agreement of the Council of Ministers of 22 March 2022, which approves the planning of the electricity transmission network Horizon 2026.

These groups interpret that "there has been a substantial change in the project with respect to the initial location of the substation in Los Portichuelos (La Línea) to Puente Mayorga, San Roque", as Verdemar Ecologistas en Acción explained to VIVA this Sunday.

This change, they allege, "disqualifies the proposal for the Development of the RDT of Electrical Energy Period 2021-2026 and Resolution 2897 of 11 February 2021, of the National Commission for Markets and Competition, which grants the singular character of the new submarine electrical interconnection of 132 kV double circuit electrical energy transmission link, "Peninsula-Ceuta", requested by Red Eléctrica de España S.A.U., between the electrical substations of Portichuelos (La Línea) and Puente Mayorga, San Roque, between the electrical substations of Portichuelos, in La Línea, and Virgen de África (Ceuta) and its inclusion in the remuneration system for singular investments with special technical characteristics".

In the opinion of the neighbourhood associations, "the following procedures have continued to be breached. Namely: Resolution of 9 December 2021, of the Directorate General for Environmental Quality and Assessment, by which a strategic environmental declaration is formulated for the Plan for the Development of the Electricity Transmission Network 2021-2026".

"The substation next to the SE-DTSUR: ID 10 ALGECIRAS overturns all previous notifications. The environmental considerations and health effects are totally different and are neither analysed nor informed", they consider.

At the meeting held in Puente Mayorga, they discussed the announcement of 7 May 2022 in which "the Department of Industry and Energy of the Government Subdelegation in Seville, submits to public information the application for Prior Administrative Authorisation, Administrative Authorisation of Construction, Environmental Impact Statement, and Declaration, specifically, of Public Utility of the Peninsula-Ceuta electricity interconnection, made up of various facilities, but which will be processed by the General State Administration as a single file".

For these groups, "the project has started again and the substation may change location, just as happened in La Línea. It should be borne in mind that REE has been trying to move this project forward since 1996 without success". 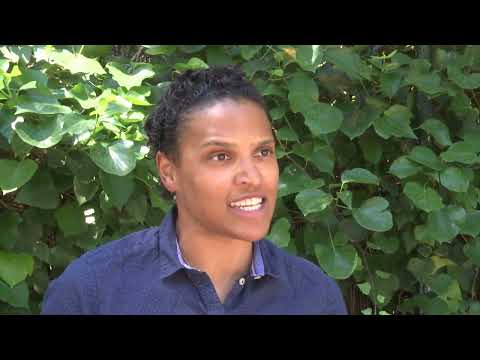