The CDC Caught in their Own Lies: The Unvaccinated in the U.S. for COVID-19...

The CDC Caught in their Own Lies: The Unvaccinated in the U.S. for COVID-19 is “Millions” More than Originally Reported 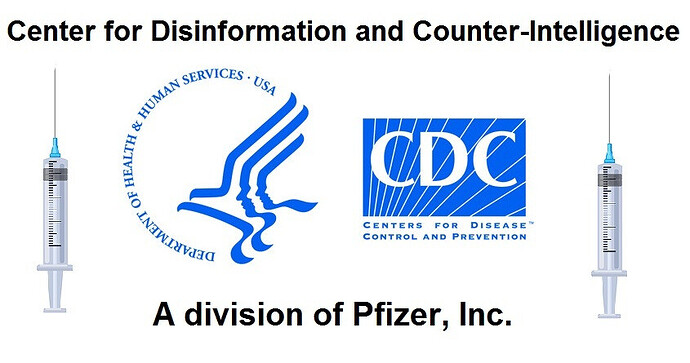 For almost a year now I have been stating that the CDC has been lying to the public about the COVID-19 shots, using their own data from VAERS to prove it.

Now the corporate media is reporting the same thing: the CDC’s statistics on COVID-19 “vaccines,” in this case the total amount of people in the U.S. who are “vaccinated” with a COVID-19 shot, have been overstated by “millions.”

Bloomberg broke the story today, but if you want to avoid their paywall you can also read about it on Yahoo News.

The U.S. government has overcounted the number of Americans who are at least partly vaccinated against the coronavirus, Bloomberg reports.

Why it matters: Millions more people than initially thought are unprotected as coronavirus infections, hospitalizations and deaths are rising across the country.

Three states — Illinois, Pennsylvania and West Virginia — found enough over-counting of first shots to indicate millions of unvaccinated people had mistakenly been counted as having received a dose.

What’s especially interesting is that the corporate news report quoted two state officials who admitted that the data from the CDC was worthless.

James Garrow, a spokesperson for the Philadelphia Department of Public Health, which has worked with the state to blend data sets for a more accurate view of vaccination trends, said “we don’t have any faith in the numbers on the CDC website, and we never refer to them.”

“The truth is, we have no idea,” said Clay Marsh, West Virginia’s Covid czar.

This news comes out the day following a report published by The Exposé that the UK Government was lying about the number of unvaccinated and that instead of 5 million unvaccinated in the UK, they now admit that it is 23.5 million who have refused the jab, over 40% of their population. See:

UK Government Caught Lying: 23.5 Million People in England Have NOT had a Single Dose of a Covid-19 Vaccine

And in what could be related news, NBA star Kyrie Irving, who refused to bow to pressure to say he took the COVID-19 shot, now all of a sudden is being welcomed back to his team, allegedly because so many of his “vaccinated” teammates have tested positive for COVID and they need his services again all of a sudden.

This cannot all be a “coincidence,” so we need to ask the question: Why are they suddenly admitting this?

Undoubtedly it is because their war against humanity is entering a new phase, as I reported yesterday.

Operation Omicron: The Globalists are Preparing for Mass Murder in the Weeks Ahead

It would appear that they have mostly given up on convincing any more of the “unvaccinated” to have a change of heart at this point, so it is on to the next phase, which for some reason that we do not fully know yet, requires them to admit there are more “unvaccinated” than they originally thought.

They have already stated that the “unvaccinated” are the ones causing the surge in the new “Omicron” variant, so it is likely that this next phase of the “war on the virus” is going to start targeting the “vaccine hesitant” with a new strategy.

In a sign that vaccine mandates may start getting more widespread and stricter, the Fifth U.S. Circuit Court of Appeals this week overruled a lower court’s nationwide injunction against the Biden administration’s mandate that required healthcare workers at federally funded facilities to receive Covid-19 vaccines.

And yesterday, the 6th U.S. Circuit Court of Appeals ruled that the Biden administration’s vaccine mandate for private employers of companies exceeding 100 people can take effect.

All appeals that have reached the Supreme Court to date have upheld vaccine mandates, with the most recent one coming earlier this week where they refused to issue an injunction against New York’s COVID-19 vaccine mandate for health care workers.

So the Vaccine Cult leaders seem to have the courts in firm control, setting up new actions to take against the “vaccine hesitant” that will most certainly test the resolve of those who have not succumbed to their efforts so far.

Things are about to get very ugly, but the silver lining here is that there are more of us than they were reporting, which is what we have suspected all along.

As they roll out the next phase in Operation Omicron, expect them to inflict great casualties with their bioweapon shots, targeting seniors and children first, and then when they begin dying in massive numbers, many of whom will not even get into hospitals due to staff shortages, you can be absolutely sure they will blame the unvaccinated for their murders, and it is going to plunge this country into a civil war.

(The CDC Caught in their Own Lies: The Unvaccinated in the U.S. for COVID-19 is “Millions” More than Originally Reported).**

Understand the Times We are Currently Living Through Please read and digest https://defending-gibraltar.net/t/the-way-home-or-face-the-fire

The CDC Caught in their Own Lies: The Unvaccinated in the U.S. for COVID-19...

For almost a year now I have been stating that the CDC has been lying to the public about the COVID-19 shots, using their own data from VAERS to prove it. Now the corporate media is reporting the same thing: the CDC's statistics on COVID-19...