THE CASE OF POLICE USING PIN-HOLE CAMERA TO LISTEN ILLEGALLY TO PRIVATE... 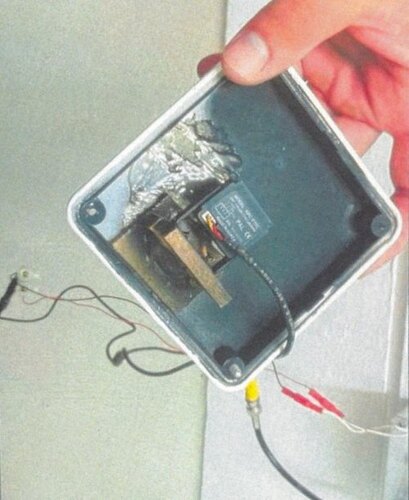 Picture the scene: The legal profession and their clients are entitled by law to full privacy and confidentiality. In the RGP headquarters at New Mole House, in an interview room used by lawyers and their clients, a covert listening device is placed. Photographic evidence is available.

If police indulge in such illegal practices, it is said in the legal profession that convictions would have to be reviewed for abuse of process of the court and for a fundamental breach of human rights.
Such are the allegations in legal circles, causing never-ending and increasing concern, with calls being made for full transparency which, if not forthcoming, could lead to further developments of this 'most scandalous situation'.
It is said in legal circles that the present Commissioner of Police Richard Ullger is not involved. As soon as he heard of the allegations he summoned a meeting at Police HQ, saying that he would not tolerate such behaviour - and referring to British standards of policing.