The Campo de Gibraltar brand, a tool to position itself from the "centre of the world".

The Mancomunidad presents the initiative to improve the image of the region by highlighting its values and potential. 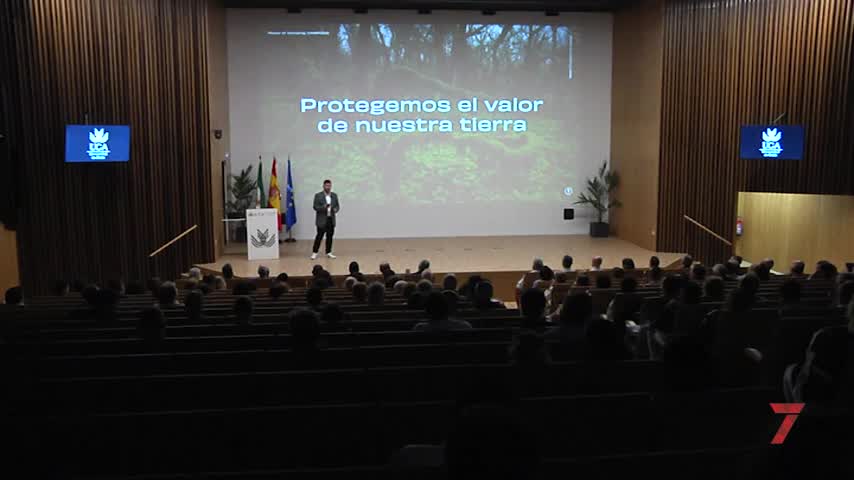 The event, chaired by Juan Lozano, was attended by numerous civil, military and academic authorities of the region.

After his first words of welcome and thanks to the UCA, President Lozano stressed the importance of promoting the creation of this new brand, an essential objective of the regional government, "which seeks to improve the positioning and external perception of our land, providing greater visibility and added value to the region".

Lozano highlighted and thanked the participation of the social, economic, cultural and political agents in the genesis of the new brand, indicating that "thanks to their contribution it has been possible to bring together the set of values associated with the territory, to subsequently express them through a design and a specific communication appropriate to the common interests".

Juan Lozano also pointed out that "today we are presenting the graphic identity, but this first step will be followed by many more, such as the creation of a website that brings together all our strengths and a suitable campaign to publicise them, as part of a planned action plan". In this sense, he wanted to emphasise that "this Plan needs everyone's contribution to continue to nurture the real image of Campo de Gibraltar". Finally, the President thanked the involvement of the Provincial Council as the institution that has supported and financed these first steps of the new territorial brand.

After the President's words, the creative director of the Apolo agency, Sergio Díaz, took the floor to make a pleasant and didactic presentation of the work carried out during this process of creating the new brand of which he indicated that "it is well constructed, with strong values that express how we are and where we are heading, in such a way that it constitutes a fundamental strategic tool to be able to build the narrative that the Campo de Gibraltar deserves".

Díaz indicated that "when we allow the brand to be built without a strategic objective, it is very easy for noise to continue to distort reality, but with a well-established brand, such as the one presented today by the Commonwealth, it is possible to show the world what they can expect from the Campo de Gibraltar".

Finally, Diaz pointed to all those attending the presentation as the main ambassadors of the same, stressing that the brand should serve as an element of territorial cohesion so that all citizens who are part of the Campo de Gibraltar are united and always rowing in the same direction".