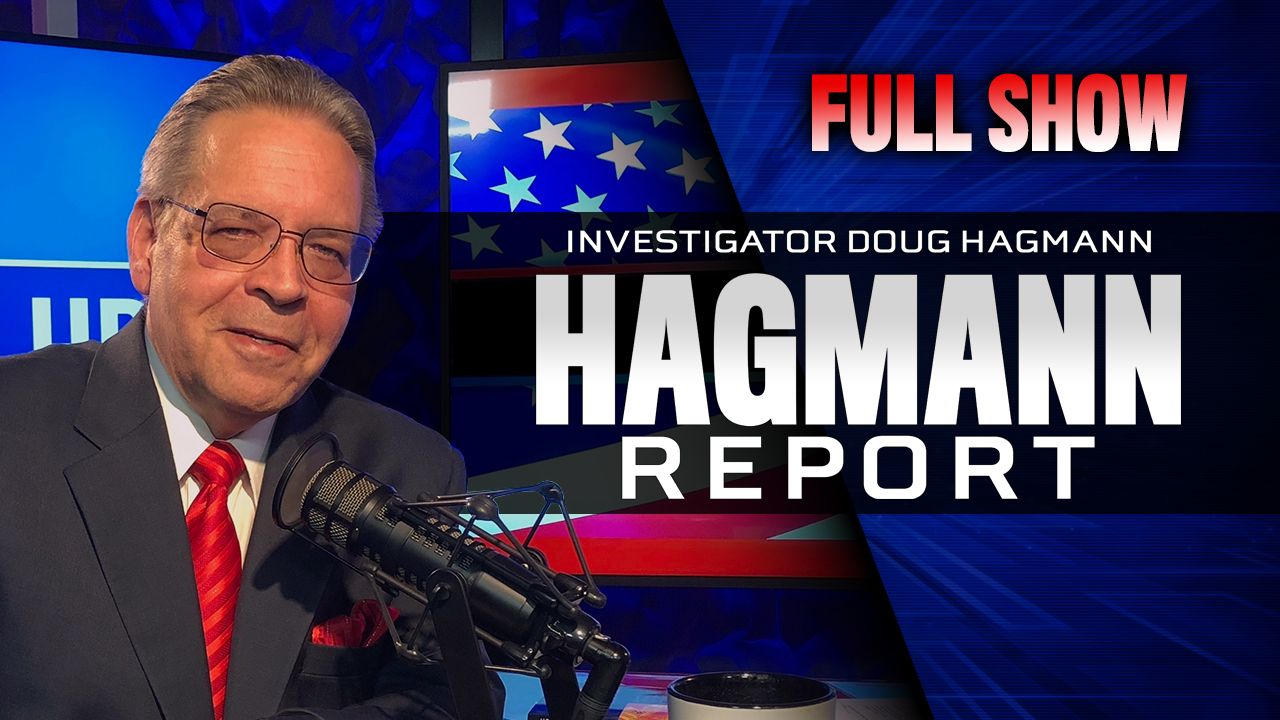 The American Empire Has Reached Its Expiration Date - Too Late to Stop |...

America's military being gutted in preparation for Chinese military invasion

This means America is now incredibly vulnerable to a land invasion by China.America's military being gutted in preparation for Chinese military invasion

The Heritage Foundation has released a truly disturbing report that analyzes the strength of the U.S. military, which is being systematically dismantled by Democrat presidents. That report reveals that the entire United States military has just 300 land missiles remaining in its entire arsenal.

That's compared to over 12,000 missiles owned by Russia and 14,000 in China's military.This means that in a land war, the US military will run out of missiles in mere hours or days, while China and Russia can continue to launch missiles for many months (or years).

Making matters even worse, as Newstarget has reported, "U.S. military running out of key munitions including anti-tank Javelins by gifting them to Ukraine as production capacity falls."

In essence, the US has emptied its military munitions vaults and sent everything to Ukraine where it's vanishing.This means America is now incredibly vulnerable to a land invasion by China. 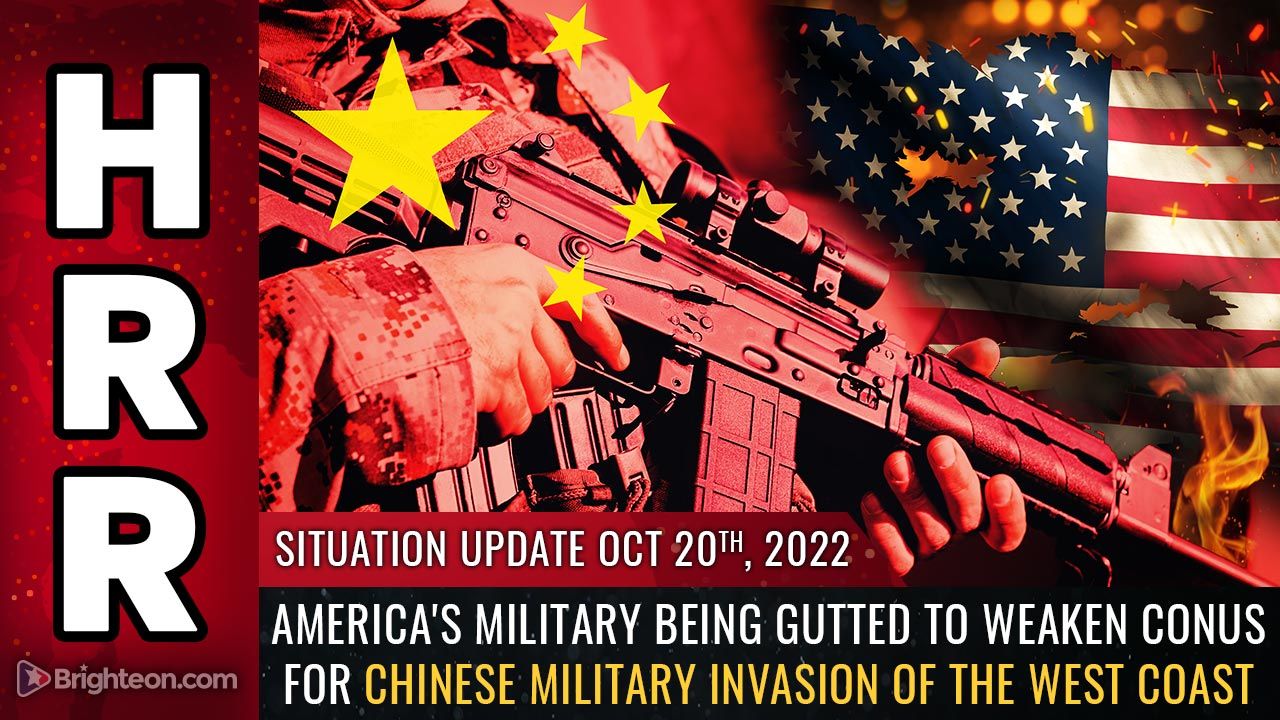 0:00 Intro6:40 Chinese military INVASION57:27 Dr. John Diamond- USA is down to just 300 land missiles in the entire military inventory- Why the US military will stand down and refuse to defend America when China attacks- Heritage Foundation report...

IMPORTANT – KNOW THAT STAKEHOLDER CAPITALISM & SDGS ARE COMMUNIST CREATED, & THE US DOLLAR IS BEING REPLACED BY MORE BRICS IN THE WALL

VIDEO4: Bill Gates says all companies must go green as they’ll be hit with tariffs and taxes…

VIDEO 5: The only purpose of the #COVID passport: forcing people to get vaccinated. Why is the U.S. government pursuing war with Russia-China but not preparing...

The entity in Washington that calls itself the government seems to be hell-bent on war with Russia-China-Iran, deliberately placing itself on a collision course that can only lead to World War III.

The entity in Washington that calls itself the government seems to be hell-bent on war with Russia-China-Iran, deliberately placing itself on a collision course that can only lead to World War III.

And yet this entity in Washington is not acting like a government preparing for what would be the biggest, nastiest, most devastating war in the history of mankind, involving all manner of weapons, conventional and non-conventional, of mass destruction.

We are not talking about Iraq under Saddam Hussein, or Afghanistan under the Taliban. This entity in Washington is poking a bear that has the world’s largest and most sophisticated nuclear arsenal on the one hand (Russia) and the world’s largest standing army (China) on the other.

Our enemies, Russia and China, are stockpiling wheat and petroleum in preparation for war.

But the U.S. is selling off its wheat and petroleum.

In fact, the US exported a record amount of wheat in September. Why?

Even more shocking, the top three recipients of U.S. wheat last year were Mexico, Philippines and China. That trend has continued into 2022 despite the fact that China is siding with Russia against the U.S.-NATO in a major realignment of nations. World War III will be fought to determine who gets to call the shots in the new world order.

You can see which nations are receiving the bulk of U.S. wheat in the graph below. Most of them make sense, but why is China number 3?

China is the economic leader of a growing coalition of nations that would like to see the U.S. knocked off its perch as the world’s policeman and the U.S. dollar replaced as the world’s reserve currency.

According to Christian Westbrook, who has been closely following world grain movements for years and runs the Ice Age Farmer YouTube channel, there is no longer any strategic grain reserve in the U.S.

“It was liquidated over a decade ago,” Westbrook said in a Telegram post this morning. “Just like (the Biden administration) are draining the Strategic Petroleum Reserve now.”

The United States is being “set up for incomprehensibly massive failure,” Westbrook stated in the Telegram post.

The global wheat supply has been massively disrupted because of the Russia-Ukraine war. Both nations are major wheat producers.

These draw-downs in the U.S. national stockpiles of diesel fuel and grain stocks are particularly worrisome given the context of today’s geo-political climate – notably the fact that the superpowers are on a collision course toward World War III and neither side is backing down.

If you knew that World War III was right around the corner, which the Biden administration clearly must know as the leader of NATO, which has been stoking war with Russia ever since Biden took office, would you be drawing down key supplies needed during a chaotic war time economy? Things like petroleum and wheat? No, you would be building up your stockpiles of such commodities, just as Russia and China have been doing over the last two years.

But it gets even worse.

Not only is the Biden administration not stocking up on fuel and key grains such as wheat, it is shipping these key commodities out, and not just to allies but to our enemy in China.

And that’s not all this administration is doing while rushing toward World War III with Russia-China.

So let’s take a look at all the other things no rational government would be doing if it knew it was on a collision course with a nuclear-armed opponent with the stakes being who gets to control the new world order.

None of this adds up. Either this administration knows something we don’t about war being averted, or it is setting us up to lose World War III.

That would shake up the world order in a hurry. It would expedite the global digital currency, replacing the U.S. dollar as the global reserve currency and relegating the U.S. to second-class status following a humiliating defeat to Russia, China, et al.

Oh, and expect NATO member Turkey to officially switch sides as soon as the missiles start flying. There is no way Turkey’s wily Islamist dictator, President Erdogan, is going down with this ship.

Analyst Warns “There Probably Won’t be an Election” in 2024 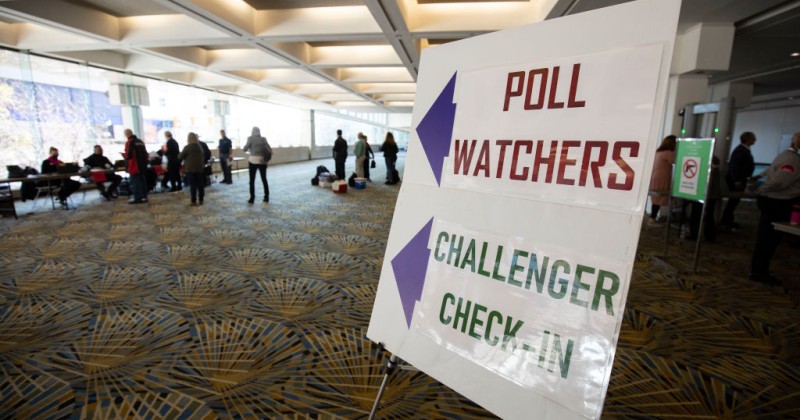 Analyst Warns “There Probably Won’t be an Election” in 2024

Analyst Martin Armstrong has warned that there may not be an election in 2024 and that “the United States will not exist after 2032” due to massive societal upheaval and financial collapse. 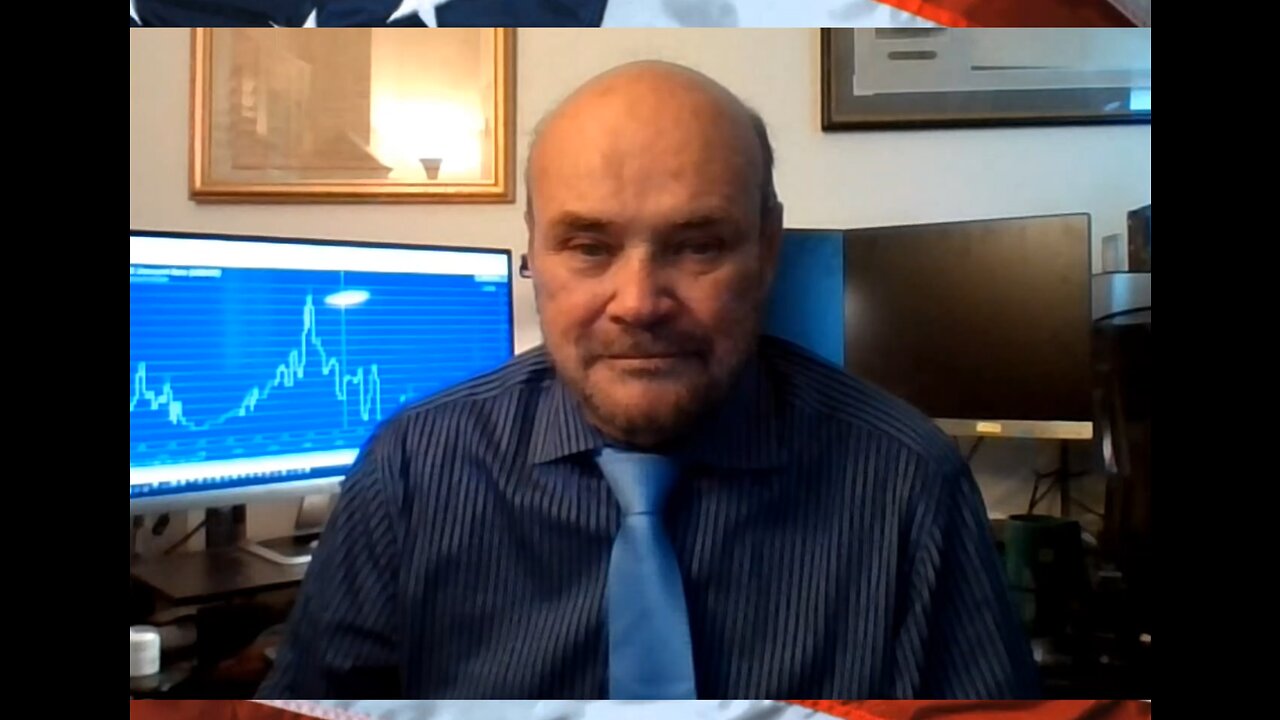 There May Not Be a 2024 Election - Martin Armstrong

There is much more in the 1-hour and 7-minute interview for 11.5.22. Join Greg Hunter of USAWatchdog.com as he goes One-on-One with Martin Armstrong, cycle expert and author of the new book “The Plot

Russia Is Fighting a Battle Against Satan

America is Running Out of Diesel Fuel and the Consequences Could Be Disastrous Posted on October 27, 2022 by Constitutional Nobody According to a recent report, America only has 25 days’ worth of diesel fuel left in its reserves

Before YOU can understand the TRUTH of the Bible Prophecies, which take up 2/3 of it, or anything similarly complex, you have to decide to be TOTALLY objective and analytical about the FACTS presented and not distracted by irrelevant "clap-trap" from organised religions and "holier than thou" theories . The Bible itself warns you NOT to be led by the "blind guides " of Organised Religions and politics (Isaiah 3 v 12-15) (Matt. 23 v 13, 16 & 24). The Four Horsemen of The Apocalypse

THE ANTICHRIST, THE TWO WITNESSES & THE THIRD TEMPLE | STEVE QUAYLE WITH DOUG HAGMANN | THE HAGMANN REPORT | 11/17/2022:

The AntiChrist, the Two Witnesses & the Third Temple | Steve Quayle with...