The Taxi Association has been trialling an electric car courtesy of Gedime Motors.

Two years ago, a climate emergency was declared in Gibraltar, with a pledge to make the Rock carbon neutral by 2030.

Taxi driver Ronnie Ignacio has been busy testing the seven-seater Mercedes, which could be the future for Gibraltar's fleet of 112 taxis. 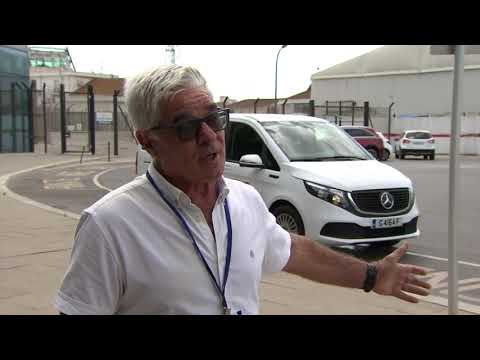 The Bankster’s Green Energy Trap [The Pale GREEN Horseman] The Banksters wield a great deal of power. These gream heapers are far from being the swashbucklers they paint themselves out to be. They are con-artists – How is that the way out of debt is to take a loan? Financiers create this fallacy about debt, wrapped in rhetoric about new growth, new jobs, and now about “sustainability” to Wreak havoc. As disclosed in the film “Bright Green Lies”, there is nothing new about their tactics. Th…