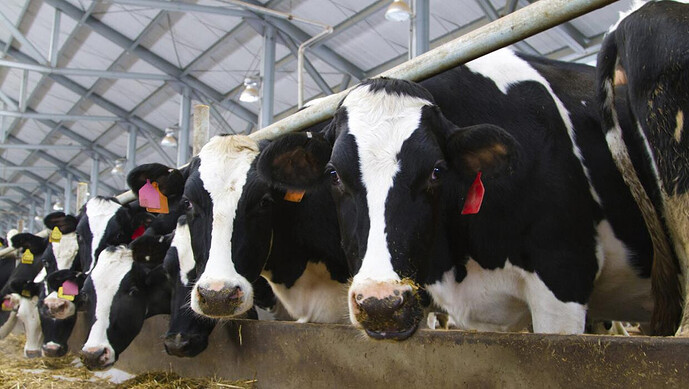 Spanish dairy farmers are on the warpath as surging production costs mean they lose money from producing milk.

Spanish dairy farmers are on the warpath as surging production costs mean they lose money from producing milk.

Fodder to feed livestock is 30% more expensive than a year ago, while power prices have surged 270%, according to three national farmers' platforms, which are planning a round of protests in December. Along with a 73% jump in diesel costs, they say production costs are at the highest levels they've ever seen.

Dairy farmers are "currently producing at a loss," said Jose Luis Miguel, technical secretary of the grouping of farmers and cattle breeders associations. "We estimate the price of one liter should be around 42 cents, but an average of about 36 is currently being paid."

Tensions are rising along the value chain as producers seek higher prices from retailers who are reluctant to pass them on to consumers, said Miguel.

"Milk production is the weakest link in the current environment" and it's where the government is concentrating its effort to revert the price surge, Agriculture Minister Luis Planas said after he met with farmers Monday.

The protests planned by dairy farmers are part of a growing wave of unrest sparked by inflation at a three-decade high. As well as the farmers' protests planned for December, metalworkers in Cadiz staged a strike over pay demands.

When dairy farmers in Venezuela found the balance shift, where it costs more to dairy farm than they could make due to government pricing - fresh milk became very rare.

Isn't this all part of the evil plan?

Venezuela is also another example of why man-made socialism-dictatorships don't work.