Is the CM looking for sympathy from Gibraltarians, now that his ratings have declined somewhat in the last two years? 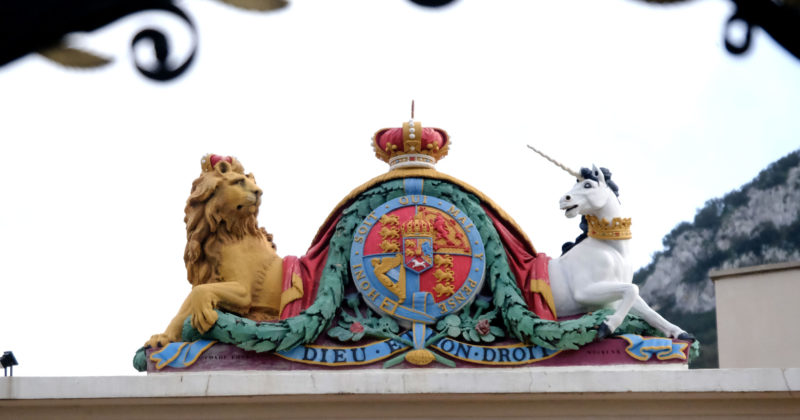 The Supreme Court of Gibraltar will later this month rule on a libel suit filed by Chief Minister Fabian Picardo against Agustin Rosety Fernandez de Castro, an MP with Spanish far-right party Vox. The court will hear an application on April 27...

The court will hear an application on April 27 from lawyers for Mr Picardo who are seeking a judgement in default of defence and damages against Mr Rosety, a retired general who served in the Spanish military before entering politics.

The Chief Minister sued the Vox MP in January 2020 over a series of “particularly vociferous…personal attacks” against him published on Twitter by the Vox MP in the preceding months during a general election campaign in Spain.

Lawyers for the Chief Minister said the tweets amounted to “an aggressive smear campaign” for the Vox MP’s own political gain.

The tone and content of the tweets were in line with Vox’s hardline stance on Gibraltar and its well-known allegations against this community.

In court documents, Mr Picardo’s lawyers argued the statements contained “false and seriously defamatory” accusations about Chief Minister, including that he was “an enemy of Spain” who facilitated criminal behaviour ranging from smuggling to money laundering.

“[Mr Rosety’s] publication of the false and seriously defamatory allegations in the tweets has caused [Mr Picardo] very significant distress, embarrassment and anxiety,” the lawyers said in the documents, which have been seen by the Chronicle.

“This is particularly so given that [Mr Picardo] has at all times carried out his duties as Chief Minister in accordance with the rule of law and with the utmost integrity, in the best interests of Gibraltar and its citizens.”

“The false accusations that, rather than upholding such standards, [Mr Picardo] was engaging in a number of different criminal activities are therefore harmful, offensive and insulting to him.”

The claim holds Mr Rosety accountable for messages posted on his Twitter account, which at the time had over 32,000 followers.

The tweets were published at a time of heightened political interest in Spain in the run-up to a general election. Many of them were shared and republished widely.

At the time, Mr Rosety was standing for election and was ultimately one of 24 Vox MPs elected into the Spanish congress, where he currently serves as a parliamentarian for the far-right party.

“It is likely that a very large number of individuals involved in politics, foreign affairs and the media across Europe – including in particular in Spain and Gibraltar – would have been interested in and seen [Mr Rosety’s] tweets,” Mr Picardo’s lawyers added.

Before filing the claim in January 2020, the lawyers had contacted Mr Rosety in writing asking him to remove the tweets, apologise to Mr Picardo, pay damages and legal fees, and undertake not to publish the defamatory allegations again.

Rather than responding to the letter, the Vox MP instead published a tweet in which he “triumphantly” claimed that the Chief Minister was “very concerned” by Vox.

“This demonstrates [Mr Rosety’s] defiance and willingness to double down in his conduct by making further defamatory and inflammatory allegations about [Mr Picardo], and his refusal to engage in sensible correspondence over his seriously defamatory allegations,” the court documents state.

According to the claim, Mr Rosety followed up with further tweets in what amounted to “an aggressive and threatening smear campaign” that sought to “antagonise, embarrass and threaten” Mr Picardo for his own political gain, “…with reckless indifference as to the truth or falsity of the allegations being made.”

“[Mr Rosety’s] intransigent and unreasonable refusal to remove the defamatory allegations made in the tweets and his aggressive and threatening behaviour and smear campaign towards [Mr Picardo] have served to aggravate the damage caused to [Mr Picardo’s] reputation by the publication of the tweets and the injury to his feelings as a result,” the claim states.

Mr Picardo is seeking damages – “including aggravated damages” - for libel, alongside an injunction restraining Mr Rosety from publishing the same or similar words in future, and requiring him to delete the offending tweets.
In an 11-page submission to the court, Mr Rosety argues that as a Spanish resident, the Gibraltar court has no jurisdiction to hear a lawsuit against him.

Mr Rosety argued that the case “…should be clearly discarded since the defendant posted the controversial twits [sic] in Spain and he is domiciled in Spain.”

He noted too that he was a Spanish politician with a political career in Spain.

“Thus, Rosety, when posting the controversial twits [sic], was not interested in what could happen in Gibraltar because of them,” Mr Rosety said in the submission, a copy of which was seen by this newspaper.

“There was no purpose to intervene in Gibraltar domestic political reality at all.”

And he concluded: “It is crystal clear that the courts objectively best placed to determine the liability of the defendant in the case at hand are the Spanish one since being an MP in Spain the defendant enjoys a particular legal status.”

“Consequently, I request the immediate closure of the proceedings in the above mentioned case because Gibraltar lacks the jurisdiction to try me.”

If the court rules in favour of the Chief Minister and grants the judgement in default of defence on April 27, it may yet end up before a Spanish court for enforcement.

There is precedent in this process.

The Supreme Court of Gibraltar awarded Mr Picardo £30,000 in damages and £35,000 in costs, although the final figure was reportedly higher due to accrued interest arising from delays in payment.

That judgement was enforced by a court in Madrid, a decision that Spanish media said contributed to the union’s decision to file for bankruptcy some years later.

The union’s top official had also been investigated by the Spanish justice system over unrelated blackmail allegations in Spain and was later jailed.

The money Manos Limpias paid to Mr Picardo as a result of the court order was donated to charities in Gibraltar.

“It is unacceptable that a right wing Spanish group like Manos Limpias can think they can defame Gibraltar or any Gibraltarian with such impunity,” Mr Picardo said of the Manos Limpias judgement at the time.

“This helps to show them they cannot.”