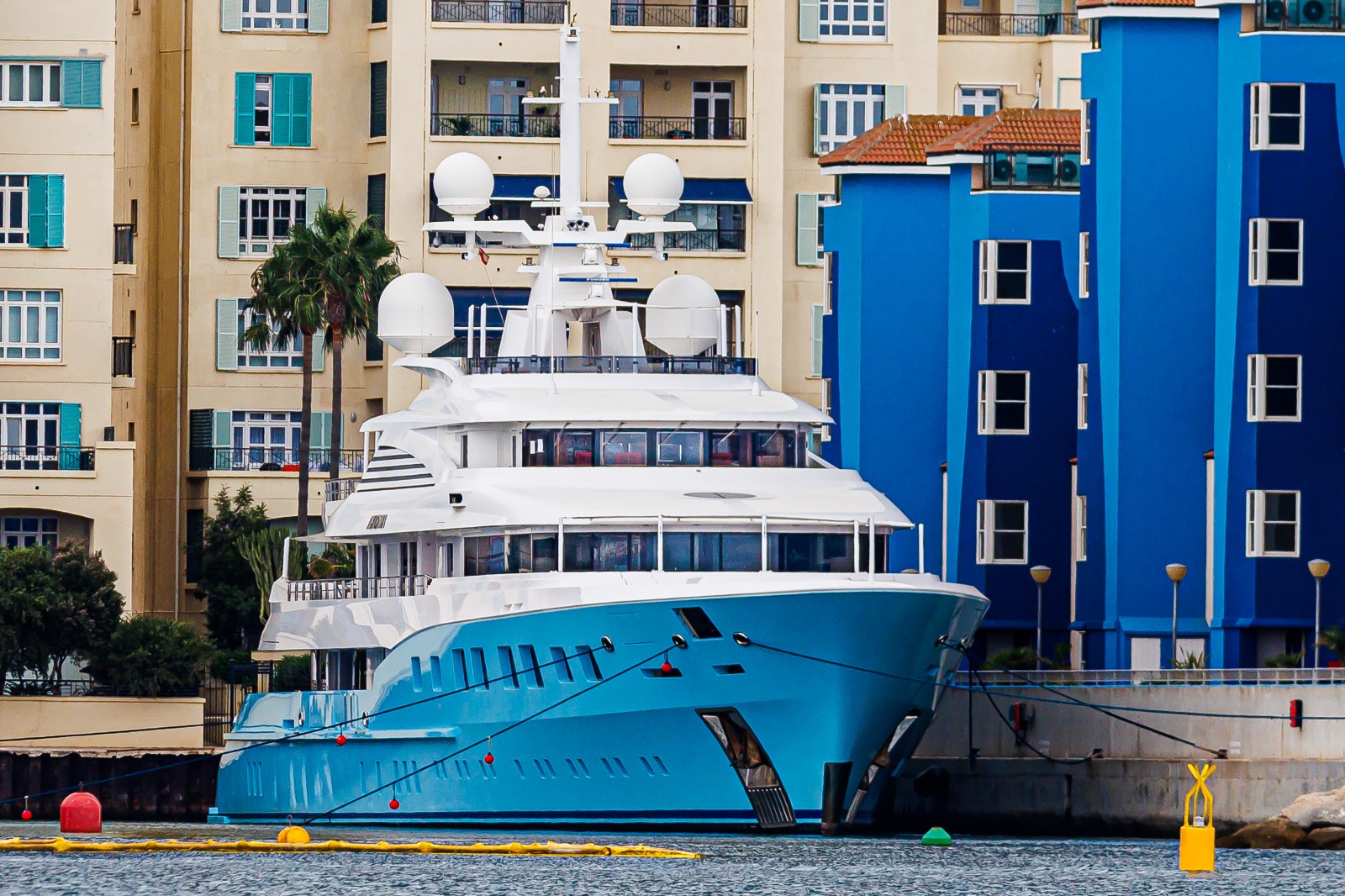 A superyacht that was seized by a bank over a Euro20.5m loan to a company linked to a sanctioned Russian businessman has been sold in Gibraltar for $37.5m dollars, a spokesman for Gibraltar’s Admiralty Marshal has confirmed. The sale of the MY A...

A superyacht that was seized by a bank over a Euro20.5m loan to a company linked to a sanctioned Russian businessman has been sold in Gibraltar for $37.5m dollars, a spokesman for Gibraltar’s Admiralty Marshal has confirmed.

The sale of the MY Axioma was completed on Tuesday after completion of enhanced due diligence on its new owner, whose identity has not been publicly released.

The Malta-flag yacht has been released from admiralty arrest, the spokesman told the Chronicle.

The sale of the Axioma was ordered earlier this year by Gibraltar’s Supreme Court and the money for the vessel has now been paid into court.

Creditors will have 60 days to stake any claim against the proceeds of the sale, after which the Supreme Court will determine the priority of any payments and what happens to any surplus.

The winning bid was the highest of 63 submitted in the auction for the Axioma, which at present remains berthed in Gibraltar.

The Malta-flag Axioma was arrested in Gibraltar last March over an admiralty claim filed by J.P. Morgan bank.

Court documents state the bank had provided a Euro20.5m loan in December 2021 to Pyrene Investments, a company registered in the British Virgin Islands whose then shareholder was a Cypriot company called Furdberg Holing Ltd, itself owned at the time by Russian businessman Dmitry Pumpyanskiy.

Mr Pumpyanskiy was the guarantor of the loan, which was to be used for a mortgage on the vessel, the bank says in its claim.

J.P. Morgan filed the claim and arrested the vessel in Gibraltar after Mr Pumpyanskiy was placed on EU and UK sanctions lists, making him subject to a travel ban and an asset freeze instruction as part of the response to the invasion of Ukraine.

The court was also told, however, that shares in Furdberg had been transferred to a new owner shortly before Mr Pumpyanskiy was sanctioned.

In deciding what happens to the proceeds of the sale of the Axioma once the deal is sealed, Chief Justice Anthony Dudley said at a hearing in August that the court would have to determine who the ultimate beneficial owner was at the time of arrest and whether any sanctions applied.

The Admiralty Marshal has also accepted payment of 505,000 euros for a number of items that were on the vessel but were not part of the auction.

They include water sports equipment such as jet skis and diving kit; the contents of a bar of wine and spirits including vintage whiskies; and tableware, glass inventory, silverware and cutlery.